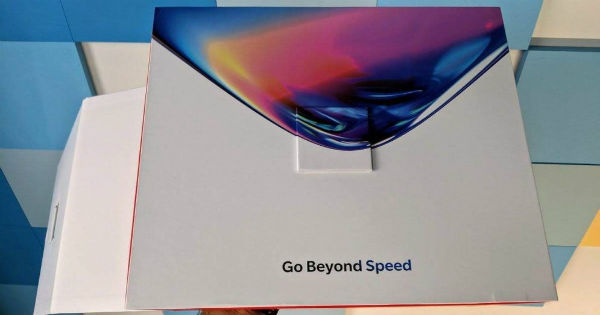 OnePlus 7 flagship series is set to go official at an event on May 14th, and as we inch closer to the launch, more details surrounding the flagships are surfacing the internet. Latest to join the list is the OnePlus 7 Pro official retail packaging leak, courtesy of a now-deleted tweet from Linus Tech Tips. This gives us a glimpse of the unannounced OnePlus accessories including the Wireless Bullet 2 earphones and a Warp Charge 30 in-car charger. However, it isn’t clear if these would be bundled within the retail box when it goes on sale or should be purchased separately.

OnePlus introduced the OnePlus Bullets wireless earphones (Review) last year, and the successor is expected to bring slightly refined design and better sound quality to the table. Another addition to the packaging is the Warp Charge 30 car charger, which is likely to be one of the fastest in-car chargers when released. OnePlus introduced the Warp Charge 30 with the OnePlus 6T McLaren Edition, and it offers 30W fast charge speeds. The packaging also has the ‘Go Beyond Speed’ tagline printed on it.

It is already confirmed OnePlus will be launching not one, but two phones dubbed the OnePlus 7 and OnePlus 7 Pro. While the Pro variant will sport a notch-less 6.7-inch (3,120 x 1,440p) display with 19.5:9 aspect ratio, the standard model will reportedly feature a relatively smaller 6.4-inch (2,340 x 1,080p) display with a waterdrop-style notch up top. Both the variants are expected to rock Qualcomm Snapdragon 855 SoC, paired with at least 6GB of RAM and 128GB built-in storage. The Pro variant is likely to pack triple rear cameras consisting of a 48-megapixel (f/1.6, OIS, EIS) sensor + 8-megapixel telephoto lens with 3x zoom + 16-megapixel 117-degree wide angle lens. The front pop-up selfie camera will bear a 16-megapixel sensor with an f/2.0 aperture lens for selfies.

Lastly, the handset will have an in-display fingerprint sensor and a whopping 4,000mAh battery with 30W Warp fast charging support. With the launch just a couple of weeks away from now, we should come across more details as we move forward.