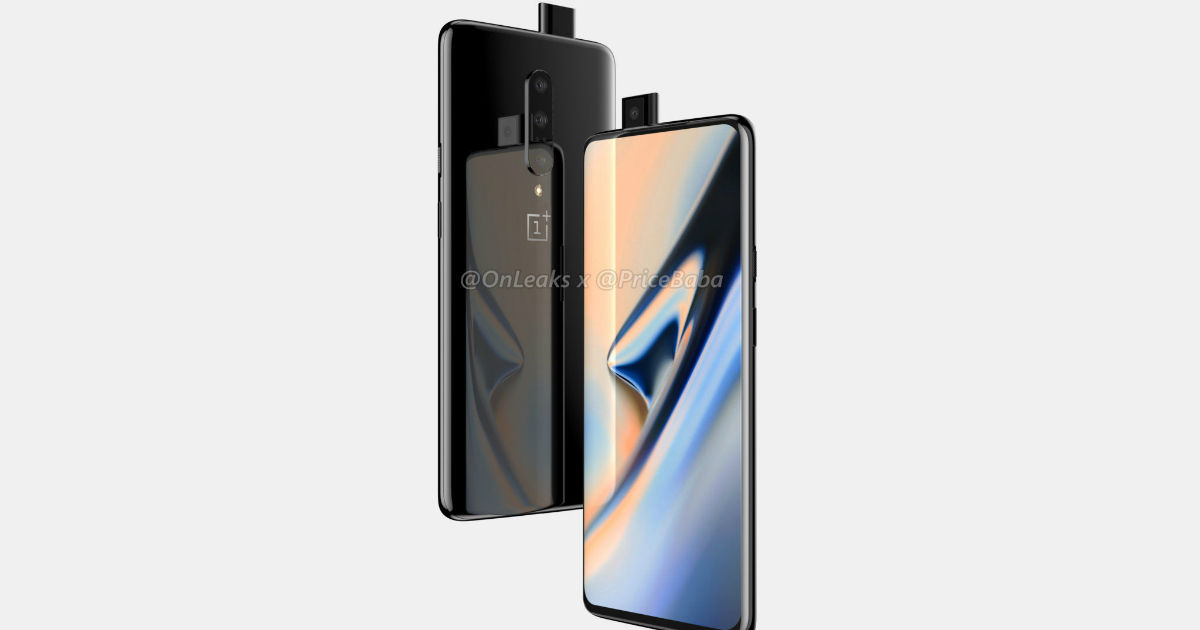 “The OnePlus 7 Pro prices for the 8GB + 256GB and 12GB + 256GB variants have been leaked, suggesting it will be positioned squarely in the premium segment”

OnePlus 7 Pro was yesterday confirmed to launch on May 14th alongside the standard OnePlus 7 model. This is the first time the brand will be launching two smartphones simultaneously. In fact, the Pro model is said to come with a 5G variant too, meaning a total of three options to choose from this year. Now, a new leak that claims to reveal the OnePlus 7 Pro prices for two of the three rumoured variants has appeared online, adding to the plethora of leaks that have been doing the rounds these days.

According to tipster Ishan Agarwal, the OnePlus 7 Pro price for the 8GB RAM + 256GB storage variant will be €749, while the 12GB + 256GB storage option is said to cost €819. Agarwal says the two variants could cost €10 more in certain European markets. There was no information about the price of the base 6GB + 128GB variant in the tweet. It also says the smartphone will come in Mirror Grey, Almond, and Nebula Blue hues, with gradient colours tipped for all three this time around.

This pricing will put the OnePlus 7 Pro in striking distance of the Samsung Galaxy S10e and Huawei P30. Of course, the OnePlus 7 will be the priced lower than that, close to that of the OnePlus 6T (review). However, we will have to wait a little before we get information around the pricing of the entry point in the new company’s new smartphone series.

Previously, leaks have said the OnePlus 7 Pro will feature a new design (for the company at least). Teasers by the brand have shown curved edge display and a cutout for a pop-up selfie camera. The smartphone is said to feature a 6.7-inch QHD+ display Super AMOLED screen, Snapdragon 855 SoC, Android 9 Pie, in-display fingerprint sensor, and 4,000mAh battery with 30W Warp Charge fast-charging tech. It will be the first from the brand to come with triple rear cameras, with sensor configuration of 48-megapixel primary + 8-megapixel telephoto + 16-megapixel wide-angle lenses. A 16-megapixel selfie camera with f/2.0 aperture is said to be in the front.

As for its sibling OnePlus 7, the smartphone is said to have a 6.4-inch full-HD+ Super AMOLED display, Snapdragon 855 SoC, and 3,700mAh battery with 20W fast-charging. Other rumoured features for the handset include dual rear cameras (48-megapixel + 5-megapixel) and in-display fingerprint sensor.