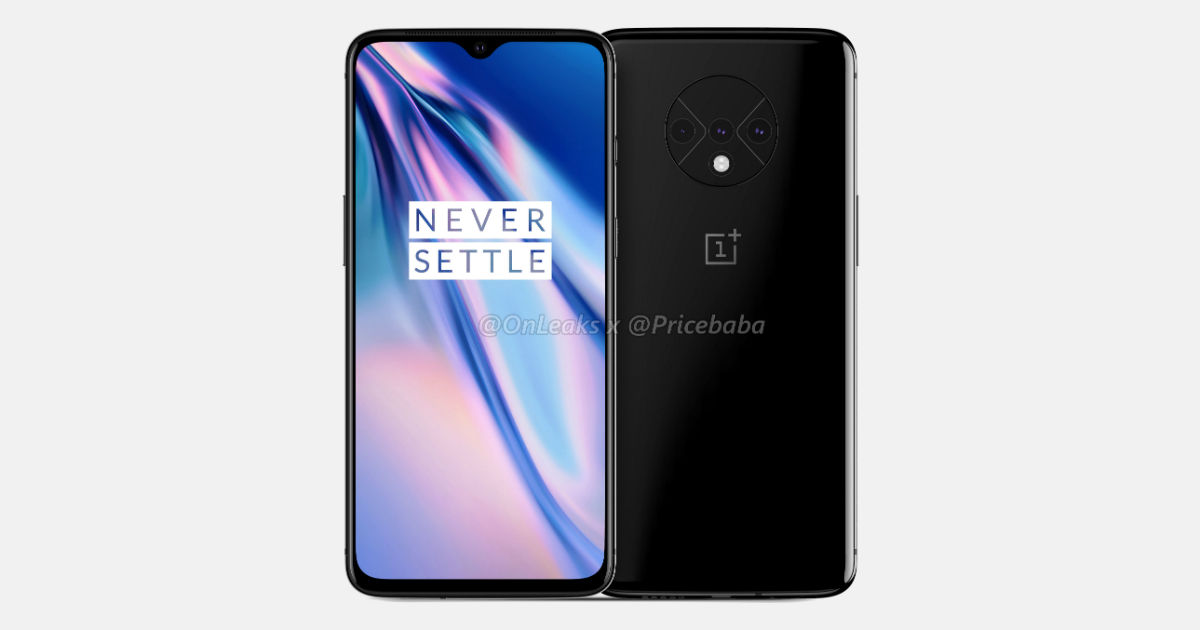 “OnePlus 7T renders show the smartphone will have a waterdrop notch, circular camera module, and glass back”

The OnePlus 7T India launch is rumoured for September 26th — this launch may even coincide with that of the OnePlus TV, which has been confirmed to be launching in September. Now, Pricebaba, in partnership with @onleaks, has published high-resolution renders and a 360-degree video detailing the design of the OnePlus 7T smartphone. The renders reveal the upcoming smartphone will feature a triple camera setup in a circular module on the back, something we have seen before in renders. Lastly, the report says there will be a OnePlus 7T McLaren Senna Edition too, named after the legendary F1 racer Ayrton Senna, though there are not too many details on this front.

In the renders, the OnePlus 7T has a design similar to its predecessor from the front. There will be a 6.5-inch display (rectangular measurement), which will be a tad bigger than the 6.41-inch panel of the OnePlus 7. We can also see that the notch housing the selfie camera will stay for another generation. The bezels on the two sides will be narrow, while the chin will be thick. There will be a Power button and Alert Slider on the right edge, while the left edge is home to the Volume rocker. The top edge will continue to host just the mic, but the bottom edge will have the speaker, USB Type-C port, and microSD card slot.

The biggest design change that the OnePlus 7T brings is on the back panel. The vertically stacked dual sensors of the OnePlus 7 give way to a triple camera setup, which will be among the major upgrades on the next-generation handset. There will be a circular module housing the three camera sensors in a horizontal alignment; the three lenses will be separated from each other with angular lines. The LED flash will be placed in the circular module as well, positioned below the sensor in the middle. Below the camera module will be the OnePlus logo. Other details we can observe in the renders include antenna lines towards the top as well as bottom on the two edges, glass back with 3D curved design. The report says the handset will measure 161.2 x 74.5 x 8.3mm.

These renders are in line with the leaked live images of the OnePlus 7T/ Pro we have seen before. We should hear more about the OnePlus 7T over the coming weeks, though Snapdragon 855+ processor, 8GB RAM, and 256GB storage are almost certain. The smartphone will reportedly be unveiled in India on September 26th, followed by US and EU launch on October 10th. The handset is said to go on sale on October 15th. Alongside that, the smartphone will likely be accompanied by the OnePlus 7T Pro and the McLaren Senna Edition.