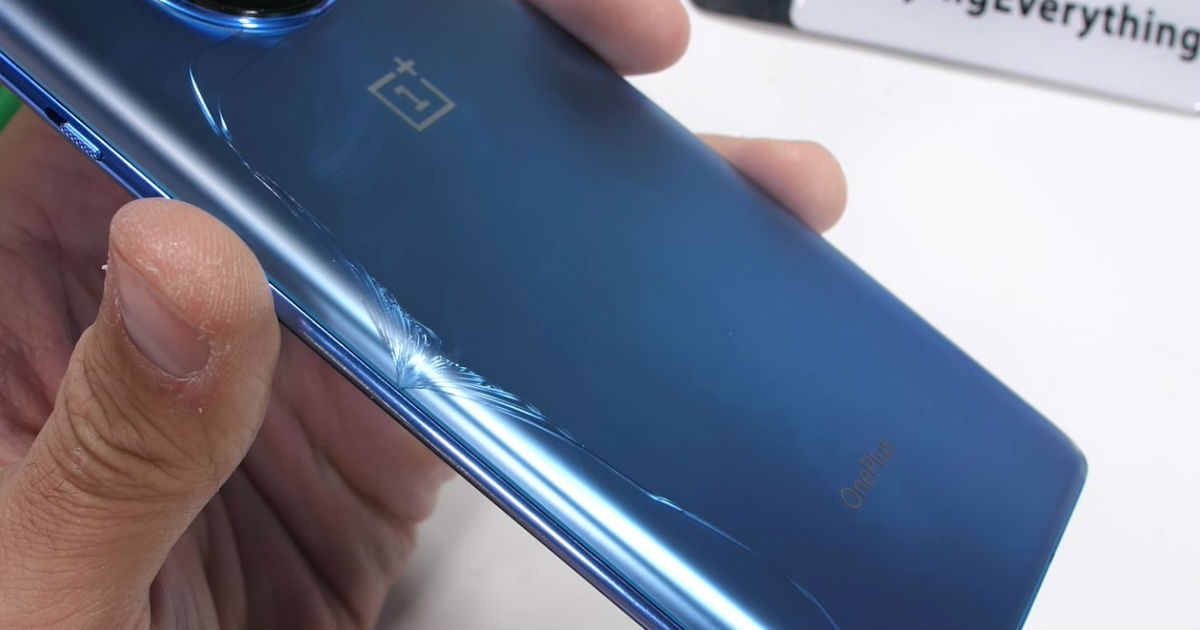 “The addition of the circular camera unit might mean that structural durability in the OnePlus 7T may have taken a hit.”

The OnePlus 7T was launched earlier this month, and while the company has been facing flak for releasing iteratively upgraded smartphones with an increasing frequency, there’s still no denying that the OnePlus 7T is a fairly commendable smartphone on overall terms. However, the latest durability video from famous YouTube channel JerryRigEverything has made a rather concerning revelation — the brittle structural integrity of the OnePlus 7T.

According to the video, while the smartphone manages to survive the initial scratch and flame tests to the display with decent ease, things fall apart (quite literally) at the third level, the bend test. At the initial level of force itself, the OnePlus 7T’s glass back cracks under pressure, which clearly suggests that despite being a fine “flagship killer” grade smartphone, the OnePlus 7T is not built to withstand any sort of rough drops. The panel to the rear is made entirely of a thin layer of glass, and while that has allowed OnePlus to offer a premium, frosted glass look to the design, the overall layout means structural durability of the device has been compromised.

JRE has hypothesised that this may be a result of the new, circular camera module, the placement of which means there is a sizeable hole within the glass rear panel. This might be cause for the rear of the phone to not be as durable any more, and a couple of accidental falls might just be enough to shatter it. It is notable that despite having a similar build, the OnePlus 7 and 7 Pro appeared far more durable, with a single sheath of glass being able to withstand normal levels of stress with apparent ease.

Going forward, it is not clear if OnePlus aims to continue propagating the circular camera module design language. While it does offer an identifying effect to the phone, durability might be a bigger factor to consider when it comes to user satisfaction, even more than aesthetic appeal or cosmetic makeovers. While the first renders of the OnePlus 8 lineup have already started surfacing, we presume that OnePlus will not be launching its next smartphone at least until mid-2020 — which is when we will learn about the company’s take on making its glass builds durable.