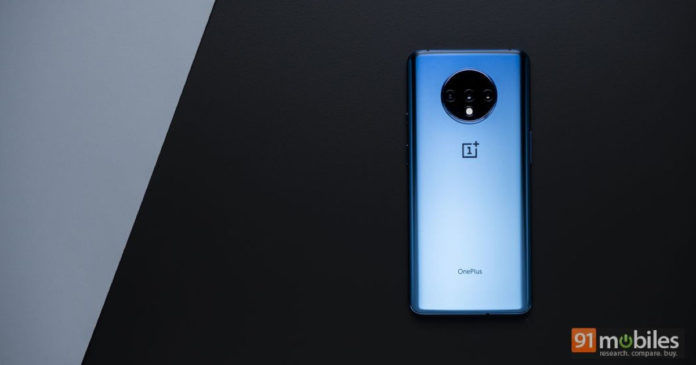 The OnePlus 7T smartphone, which was launched just two weeks ago, has started receiving its first update in India. The rollout for the OxygenOS 10.0.3 update has begun in the country, so all OnePlus 7T users should have received by now. OnePlus claims that it’s an incremental update that adds some general bug fixes and improves camera performance. The OnePlus 7T OxygenOS 10.0.3 update is said to enhance camera stability, improve photo quality, and upgrades to the overall camera user experience.  The OnePlus 7T is already a better camera phone than its predecessor, but there were some issues with the software that we encountered during our review.

While changelog hasn’t stated it, we hope that the OxygenOS 10.0.3 firmware patch solves app crashes, compatibility to third-party apps, support for benchmarking apps like Antutu and 3D Mark, and jarring flashes when switching from the wide-angle to the standard lens within the camera app. We’ll update the article if we see any of the bugs fixed following the update.

The OnePlus 7T price in India starts at Rs 37,999 and is available for sale in the country only on Amazon.in. The handset is among the cheapest smartphones with a 90Hz refresh rate display. The phone packs a 6.55-inch ‘Fluid’ AMOLED display with Full-HD+ resolution, HDR10+ support, and in-display fingerprint scanner. At its core lies Qualcomm’s Snapdragon 855 Plus SoC paired with 8GB of RAM and 128GB storage onboard. The OnePlus 7T runs Android 10 out of the box and houses 3,500mAh battery with Warp 30T fast charging support.

As far as the OnePlus 7T cameras go, it packs triple camera module instead of dual. The setup includes 48-megapixel primary sensor, 16-megapixel ultra-wide sensor, and a 12-megapixel telephoto lens with 2x optical zoom. The front camera of the phone gets 16-megapixel shooter for selfies and video calling.