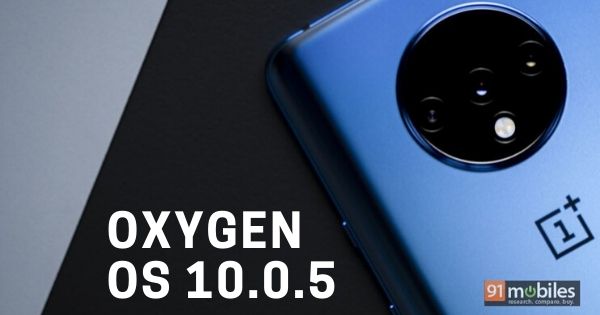 The OxygenOS 10.0.5 update for the OnePlus 7T comes a couple of weeks after the previous release. Like the previous build, it appears to be yet another incremental update. According to the official release notes by OnePlus, the new update installs the October Android security patch on the phone. It also fixes an issue with the double-tap gesture for screen activation. Apart from that, the update also improves the overall system stability of the device.

As always, the new OxygenOS update will be rolled out in stages and can take a few days to reach all users. The company is seeding the update to a small bunch of users today to ensure that the build doesn’t have any issues. Apart from this, OnePlus has also released the OxygenOS Open Beta 5 for the OnePlus 7 Pro. The update includes several bug fixes and improvements. As per the changelog, the Open Beta 5 update will optimise the touch experience when gaming, fix navigation bar colour issues in dark mode, and improve system stability.

OnePlus has also added a new privacy alert for apps that have permission to access the camera, locations, and other settings. Finally, the update will also improve the Weather app and optimise the Emergency Rescuer app for better user experience. The company also stated that the Open Beta 5 update will be available next week for the OnePlus 7. Those who are running the previous beta on their OnePlus 7 Pro, should be notified of the new beta update. OnePlus 7 users will have to wait till next week to get the update.