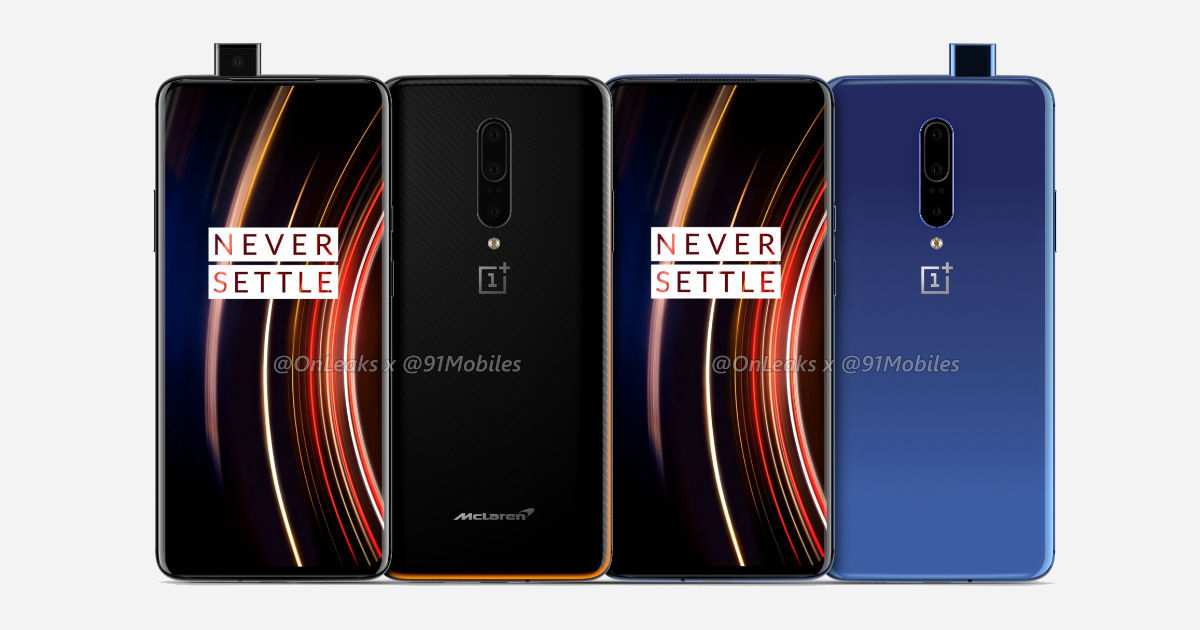 “Given how the smartphone charging speeds are getting better in recent times, it’s not surprising to see OnePlus aiming to have some action in it as well”

OnePlus 7T and OnePlus 7T Pro smartphones are strongly rumoured to go official in India on September 26th, possibly alongside OnePlus TV. The standard OnePlus 7T is said to come with Snapdragon 855 Plus, 6.55-inch Quad HD+ Super AMOLED display with 90Hz refresh rate and a 48MP primary sensor. Now, noted tipster Max J claims that due to the internal battery improvements to the OnePlus 7T Pro, the phone can charge around 20 percent faster with the 30W charger than the OnePlus 7 Pro. Though the details are still vague at the moment, given how the smartphone charging speeds are getting better in recent times, it’s not surprising to see OnePlus aiming to have some action in it as well.

This means the OnePlus 7T Pro model would still come with 30W fast charger in the box, but due to the internal design changes, it might charge faster than the current OnePlus 7 Pro flagship. We will have to wait a couple of weeks more to find out how the mid-year upgrades would offer better charging speeds. On that note, the OnePlus 7T Pro is most likely to retain the same old design with a curved display, vertically arranged triple rear cameras and in-display fingerprint sensor.

The recent OnePlus 7T specifications leak suggests the handset would come in two variants: 8GB RAM + 128GB storage and 8GB RAM + 256GB storage, which will likely not be user expandable. The handset is expected to run on Android 9.0 Pie with OxygenOS skin on top. For cameras, the OnePlus 7T is said to pack triple rear cameras consisting of a 48MP primary sensor, a 16MP secondary shooter and a 12MP third sensor, accompanied by an LED flash. The cameras are backed by 960fps video recording, wide-angle video and Nightscape modes. It is expected to come with a 16MP sensor on the front for selfies and video chats.