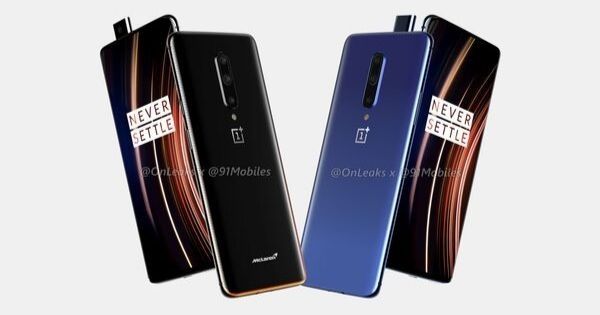 “OnePlus 7T will reportedly be available for purchase in India starting October 15th via Amazon.in”

Looks like the OnePlus 7T Pro will be launched in India the same day as its global unveiling. According to a poster on Amazon India, the upcoming OnePlus 7T Pro flagship is all set for an October 10th launch in the country. The Chinese manufacturer has already announced the global launch date for the OnePlus 7T Pro. It appears that the phone will be launched in India on the same day. However, a recent leak had suggested that Amazon India will start selling the phone on October 15th only.

OnePlus will likely hold an event in India on October 10th, but it isn’t confirmed yet. It is possible that the phone would simply be launched in the country via Amazon, but shipping might start five days later. The OnePlus 7T Pro was initially expected to be announced alongside the OnePlus 7T on September 26th but that did not happen as the company chose to unveil the OnePlus TV during the event. Therefore, OnePlus is now announcing the OnePlus 7T Pro at a separate event in London on October 10th.

The recent leak of the HDFC Bank offer page had revealed that the OnePlus 7T Pro will be available for purchase on Amazon India starting October 15th. The offer page further stated that the phone will be available on October 10th from OnePlus’ India site and several offline retailers such as Croma, Reliance Digital, and others. The phone is expected to cost upwards of Rs 50,000, which isn’t really surprising considering the OnePlus 7 Pro launch pricing.

The OnePlus 7T Pro is the successor to the OnePlus 7 Pro and will carry a similar design. It is expected to come with a slightly better hardware setup. The phone will most likely be powered by the Snapdragon 855+ chipset and feature a bigger battery with Warp Charge 30T fast charging tech. However, the rear triple-camera setup, the 6.65-inch 90Hz QHD+ display, and the front pop-up camera, will all remain unchanged. The phone will get up to 12GB RAM, 256GB storage, 48-megapixel primary rear camera, 16-megapixel front camera, and an in-display fingerprint scanner.