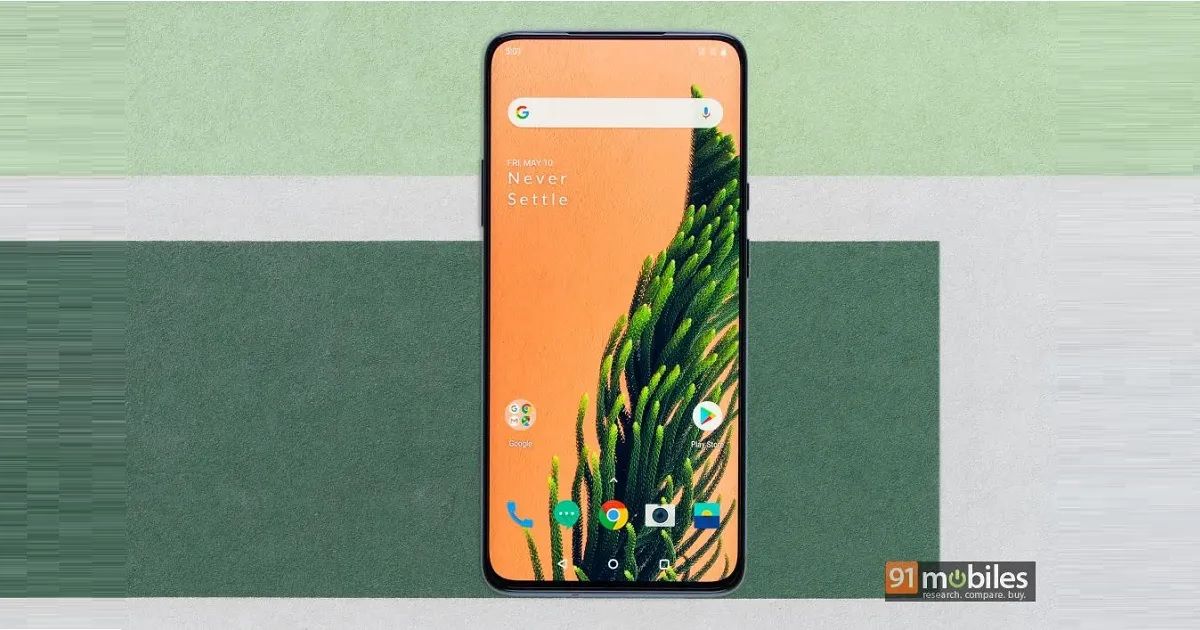 OnePlus 7T Pro launch date has reportedly been set for October 15th, according to the gadget tipster Max J. It looks like just like the last year’s 6T, the company is also bringing a “T” upgrade to the current 7 Pro flagship. To recall, the last year’s “T” model was launched in October, so the leaked OnePlus 7T Pro launch date could finally be true. Notably, the launch date has been leaked soon after a couple of alleged live images of the smartphone had hit the internet. Information regarding the OnePlus 7T Pro specifications hasn’t become available yet, neither officially nor via the rumour mill.

The image accompanying the tweet, which is likely a mockup, shows a familiar design with a centre-aligned rear camera setup, 3D curved glass design, and glass back panel. The recently leaked live images of the alleged OnePlus 7T Pro smartphone also showed a design similar to the phone’s predecessor. The rear panel showed off in the live images show the same triple rear camera setup available on the 7 Pro. The handset doesn’t have any kind of notch on the display, so we can expect the successor to offer the same pop-up selfie camera found on the predecessor.

As far as the OnePlus 7T Pro specifications are concerned, it could come with Qualcomm’s latest top-notch flagship Snapdragon 855+ processor, compared to the Snapdragon 855 on the current model. The new chipset is capable of offering a clock speed of 2.96GHz, which is higher than the one found on the latter’s clock speed of 2.84GHz. Other specs of the device are expected to be the same. The phone could have a 6.67-inch 90Hz display with HDR10+ support. The device can be expected to come with up to 12GB of RAM, up to 256GB of storage, perhaps a 64MP primary rear camera, 16MP selfie camera, an under-display fingerprint sensor, and a 4,000mAh battery.

Talking about the OnePlus 7 Pro, the smartphone is available in India at the starting price of Rs 48,999 for the base model, which goes up to Rs 57,999 for the top-end variant.