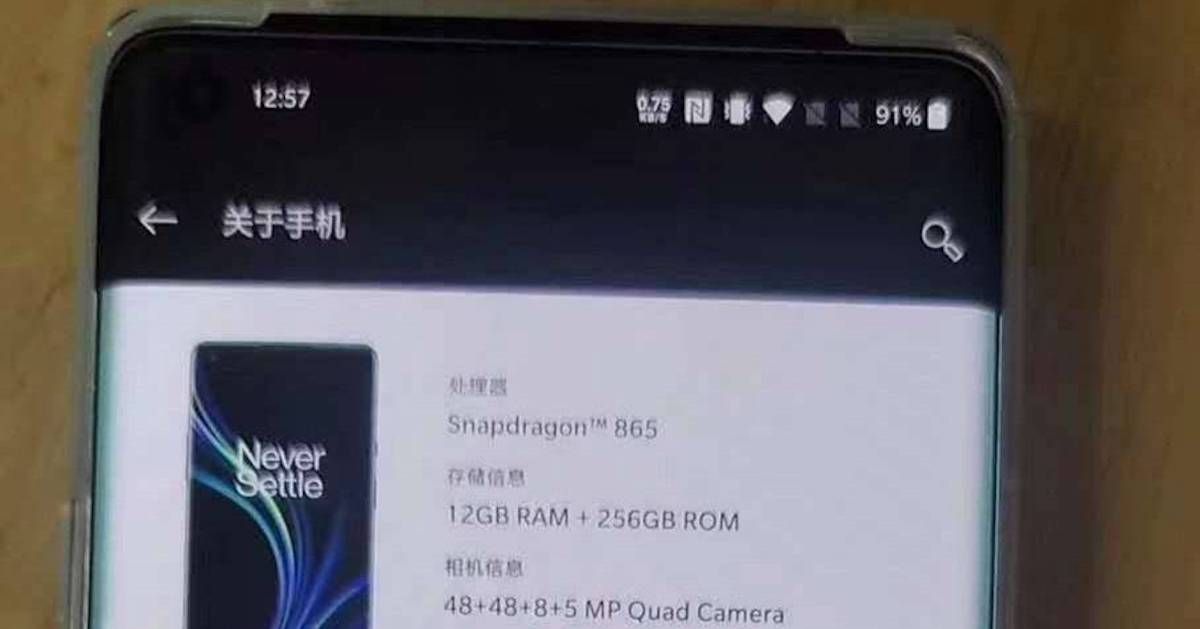 An alleged OnePlus 8 Pro live image has been spotted on Chinese microblogging site Weibo just a few days ahead of launch. The OnePlus 8 series online-only launch event is set to take place on April 14th at 8:30 PM IST. Much about the OnePlus 8 and OnePlus 8 Pro smartphone have already been revealed, from clear renders to full specifications and even their alleged prices. So, the live image of the smartphone does not really reveal anything new, but rather confirms everything we already know. The image shows the smartphone’s curved display and the ‘About’ section, which reveals key OnePlus 8 Pro specifications including the Snapdragon 865 SoC and 120Hz Fluid AMOLED display. 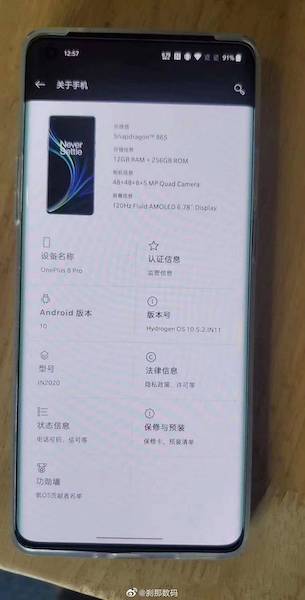 While we cannot verify the authenticity of the leaked live image, it does seem to be more or less what we expect to see from the OnePlus 8 Pro. The phone is widely expected to launch with a curved display and a punch-hole cutout on the top left corner. The regular OnePlus 8 will also see a hole-punch cutout, but on a flat screen.

The ‘About’ page reveals some OnePlus 8 Pro specifications that keep in line with previous reports. The phone will sport a 6.79-inch 120Hz Fluid AMOLED display. It will be powered by the Snapdragon 865 paired with 12GB RAM and 256GB internal storage. The phone will also ship with Android 10-based Hydrogen OS 10.5.2 in China. The global variant will get Oxygen OS, of course. 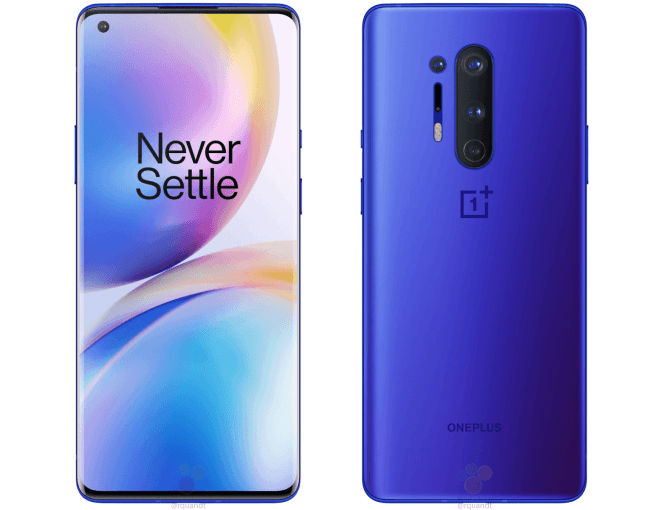 We’re just a few more days away from the OnePlus 8 series launch event, where we expect the company to confirm these specifications along with the official prices and availability details for the Indian market. Since the OnePlus 8 and 8 Pro will come with 5G support, we expect the prices to be higher compared to the OnePlus 7T series.