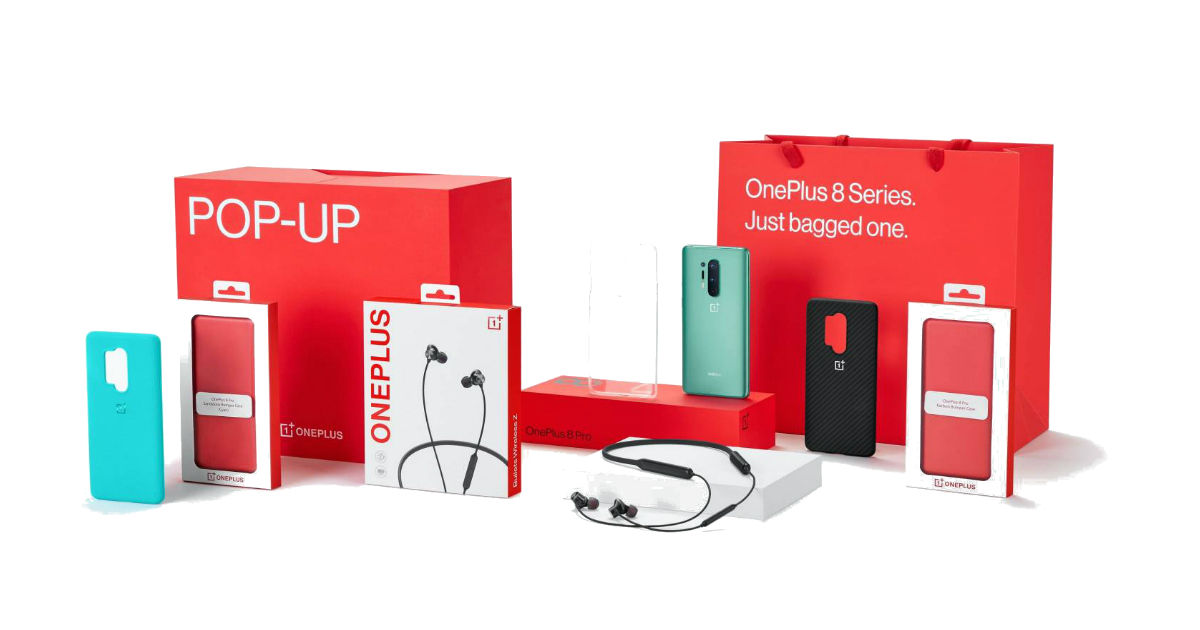 The OnePlus 8 pop-up box price in India is Rs 45,999, which is Rs 1,000 higher than the standard edition that costs Rs 44,999. The box will include The OnePlus 8 8GB + 128GB phone, a pair of Bullets Wireless Z earphones, a Cyan Bumper Case and a Nylon Bumper Case. Similarly, the OnePlus 8 Pro pop-up box is priced at 60,999, which is again Rs 1,000 higher than the regular price of Rs 59,999. The OnePlus 8 Pro pop-up bundle will also include the 8GB + 128GB variant of the smartphone in Onyx Black or Glacial Green colours, the OnePlus Bullets Wireless Z earphones, and Cyan Karbon bumper cases. 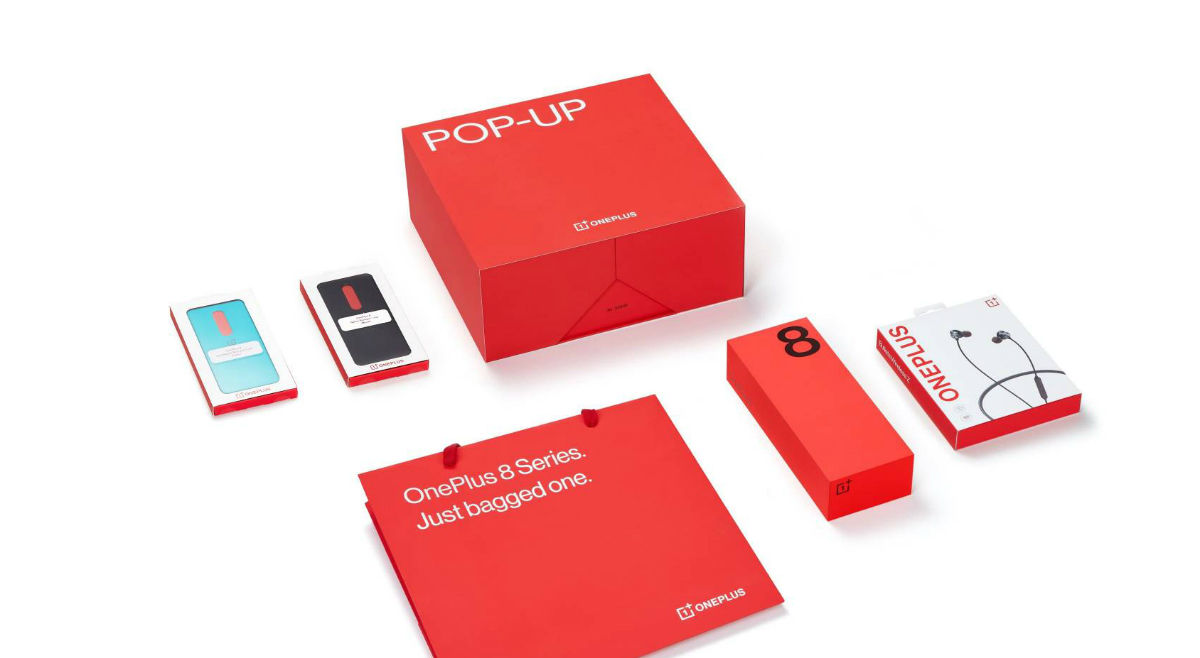 In order to stand a chance to win invite codes to one of these limited edition boxes, you will need to participate in the #OnePlusARUnboxing contest. To recall, the company recently launched a special OnePlus 8 filter on Instagram that lets you virtually unbox the new flagship phones. You will need to post an unboxing with either the OnePlus 8 or 8 Pro unboxing filters on your Instagram story and tag @oneplus_india and use the hashtag #OnePlusARUnboxing. You can save the video and upload it to this official link. The most creative unboxing will get a chance to win the OnePlus 8 series devices, and lucky winners get invite codes to buy the special edition pop-up box.

Recalling the specifications, the OnePlus 8 Pro sports a 6.78-inch QHD+ Fluid AMOLED screen with 120Hz refresh rate, punch-hole cutout at the top-left corner to accommodate the selfie camera, and Gorilla Glass protection. It is powered by the Snapdragon 865 SoC coupled with Adreno 650 GPU, up to 12GB LPDDR5 RAM and 256GB non-expandable storage. It runs on Android 10 OS with OxygenOS skin, has IP68 water and dust resistance and supports 30W fast wireless charging. The OnePlus 8 Pro packs a quad-camera setup at the back with a couple of 48MP sensors, an 8MP unit, and a 5MP colour sensor. There is a 16MP snapper on the front for selfies and video chats. It houses a 4,510mAh battery and supports Warp Charge 30T fast charging.

As for the vanilla OnePlus 8, the smartphone features a 6.55-inch full HD+ Fluid AMOLED display with 90Hz refresh rate and 20:9 aspect ratio. It is powered by the same Snapdragon 865 5G SoC with up to 12GB RAM and up to 256GB UFS 3.0 storage as the Pro model. It runs on Android 10 with OxygenOS custom skin. As for the optics, there are triple cameras on the back that include a 48MP Sony IMX586 primary sensor, a 2MP macro sensor, and a 16MP ultra-wide sensor. On the front, there is a 16MP snapper for selfies and video chats. The handset houses a 4,300mAh battery with Warp Charge 30T fast charging support. It has an in-display fingerprint sensor for security.