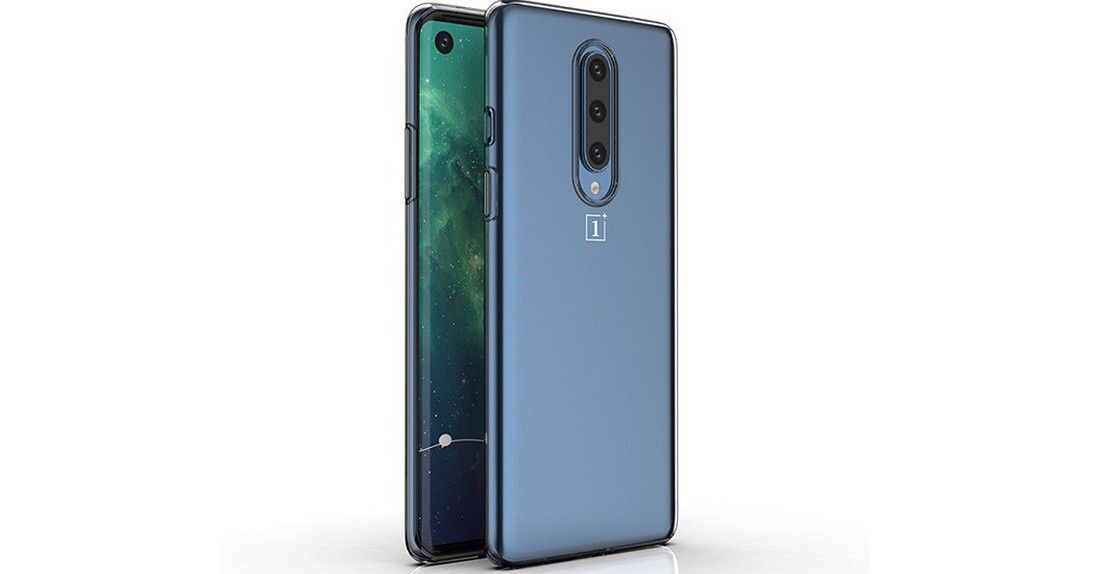 OnePlus 8 series launch seems to be around the corner as the company has begun teasing certain details about the upcoming smartphones. The OnePlus 8, OnePlus 8 Pro and OnePlus 8 Lite have been leaked several times in the past and their designs are more or less confirmed by now. We know that the smartphones will sport a punch-hole displays. While the OnePlus 8 and 8 Pro will feature corner punch-hole cutouts, the Lite model will reportedly get a hole on the top centre of the display. Now, it seems some case makers have already begun selling OnePlus 8 cases online, and we recently spotted a seller doing so, which also happens to once again reveal the design of the OnePlus 8.

GizTop is currently selling cases for the OnePlus 8 which have a price tag of $1.29. More interestingly though is that the website has renders of the phone itself alongside the phone which nearly confirms all the previous design leaks of the device. From what we can make out the OnePlus 8’s display will curve on both sides like the OnePlus 7/7T Pro. There is also going to be single punch-hole at the top right of the display although from the renders it can be seen that this cut-out if fairly big.

Other things to note in this OnePlus 8 render is that the phone happens to have a triple-camera setup arranged vertically at the top-center on the phone’s back. This design language is again reminiscent of the OnePlus 7 Pro. Ports, volume rocker buttons and also the alert slider in the OnePlus 8 render are in the same position as previous OnePlus devices. It could be assumed that a similar kind of design language will be implemented by the Pro moniker as well although we are quite likely going to see additions to the camera layout on the device.

Rumoured OnePlus 8 specifications include 6.5-inch full HD+ AMOLED display with 120Hz refresh rate, and an in-screen fingerprint sensor for security. Performance-wise both the OnePlus 8 and 8 Pro are expected to ship with the Qualcomm Snapdragon 865 SoC coupled with Adreno 650 GPU for gaming. The smartphones are said to come in three variants: 6GB + 128GB, 8GB + 128GB and 12GB + 256GB UFS 3.0 non-expandable storage. The OnePlus 8 Lite, on the other hand, is said to rock the MediaTek Dimensity 1000 SoC and a 90Hz display.

In the camera department, the OnePlus 8 is expected to have a triple rear camera setup consisting of a 48MP primary sensor, a 16MP secondary sensor, and a 2MP lens. It is rumoured to rock a 32MP snapper for selfies and video chats. The OnePlus 8 may house a 4,000mAh battery with 30T Warp Charge, while the 8 Pro could get a bigger 4,500mAh battery and 50W fats charging support. OnePlus 8 Pro model is also tipped to finally include wireless charging support, which wasn’t available on previous OnePlus flagships. All OnePlus 8 models will also include 5G support, as confirmed by the company’s CEO, Pete Lau recently.