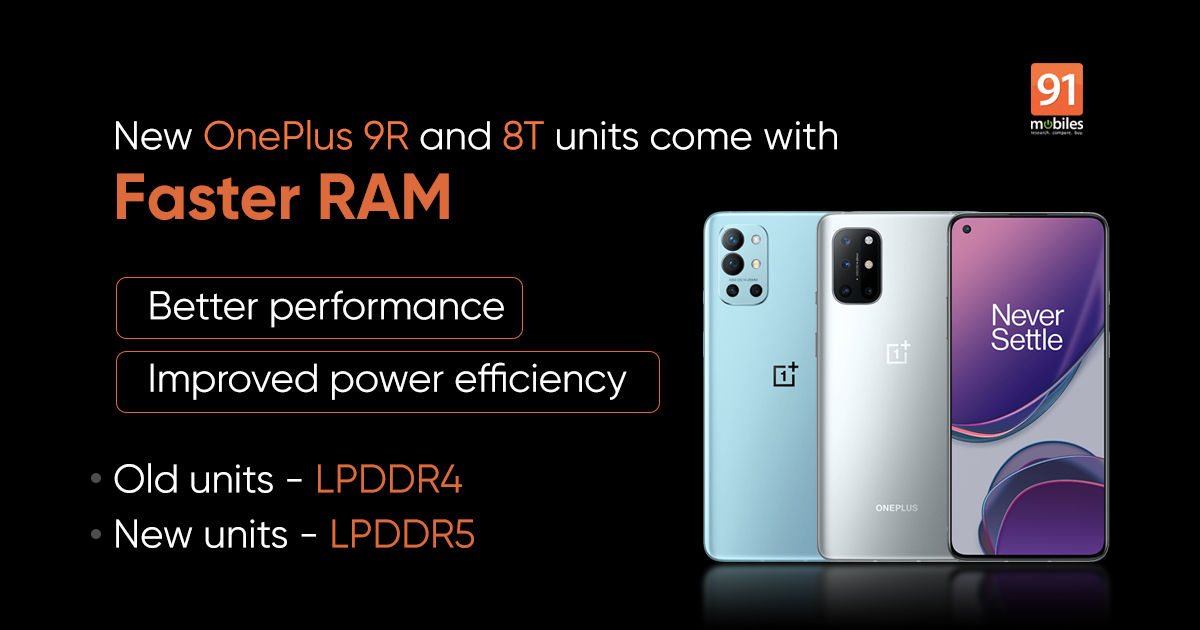 OnePlus 8T was the company’s 2020 flagship and the lone successor to the OnePlus 7T series considering there never was a OnePlus 8T Pro. The OnePlus 8T got an upgrade in the form of the OnePlus 9R this year. Both the OnePlus 8T and OnePlus 9R shipped with LPDDR4X RAM. However, it now looks like OnePlus has silently upgraded both the phones to faster LPDDR5 RAM modules. To recall, the OnePlus 8T came with either 8GB RAM or 128GB RAM but the official specification sheet still mentions the phone comes with the LPDDR4X RAM. While the same page for the OnePlus 9R doesn’t mention the specific type of RAM used.

Also read: No OnePlus 9T this year, wait for OnePlus 10 instead

However, some buyers have found that their units have faster LPDDR5 memory despite OnePlus not announcing it officially. The difference became apparent when users tried to unbrick the OnePlus 8T and 9R using the MSMDownloadTool, which wasn’t compatible with the LPDDR5 variant due to an incompatible XBL (eXtensible Boot Loader) image. The firmware update instructions from LineageOS have since been updated with different flashable images depending on the RAM type. Folks at XDA Developers have tested the same through the ABD command and the result showed it has LPDDR5 RAM. 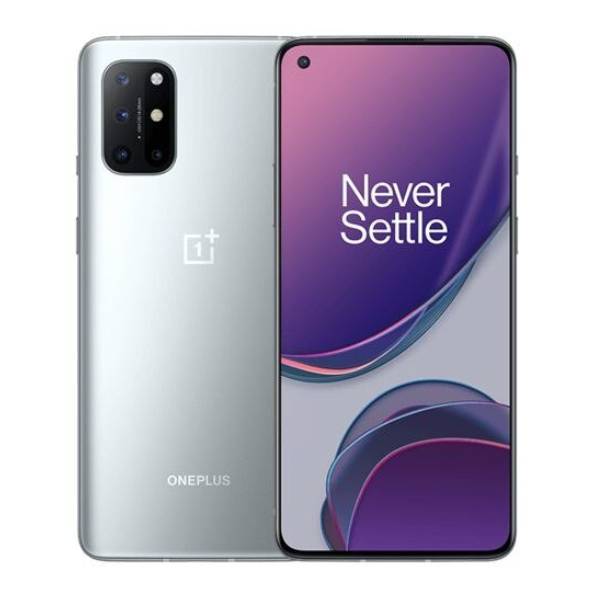 The OnePlus 8T and the OnePlus 9R share identical specifications, such as a 6.55-inch FHD+ AMOLED display, 120Hz refresh rate, Android 11 OS, 48MP primary camera, 16MP selfie snapper, an in-display fingerprint sensor for security, and a 4,500mAh battery with Warp Charge 65 fast charging. While the 8T comes with the Snapdragon 865 SoC, the OnePlus 9R ships with the Qualcomm Snapdragon 870 SoC, which technically are similar chipsets.