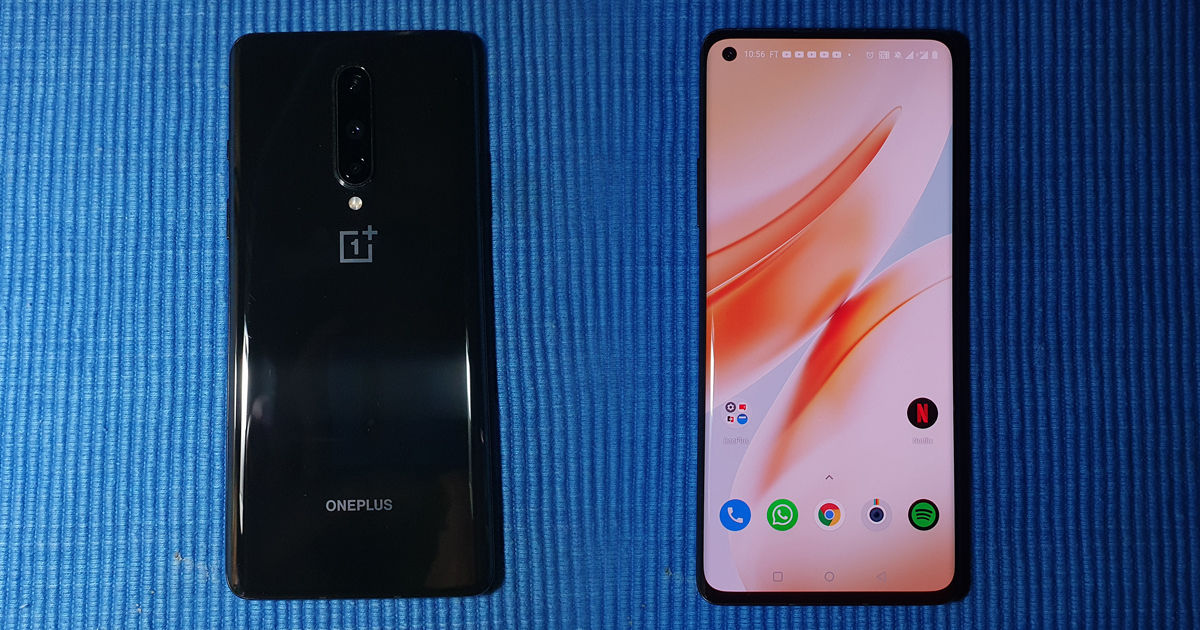 A mysterious OnePlus phone with model number KB2001 has appeared on Geekbench 5 benchmarking platform. This is the first time we’re coming across this particular model; the listing shows OnePlus KB2001 will be powered by the Qualcomm Snapdragon 865 SoC, Android 11 OS, and 8GB RAM. This means there’s a possibility it could be a part of the OnePlus 8T series that is expected to launch later this year in October/ November. The handset has managed to score 912 points in the single-core test and 3288 in the multi-core test, respectively. While it’s too early to speculate the other specifications, rumours suggest OnePlus 8T might feature an upgraded 64MP camera on the back, up from 48MP. 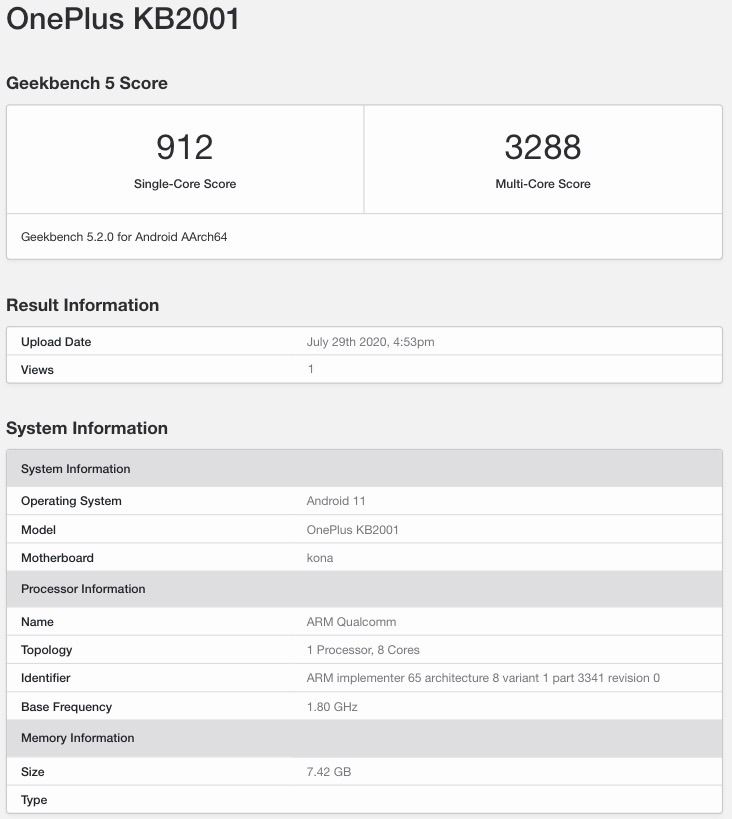 To recall, the OnePlus 8 Pro flaunts a 6.78-inch QHD+ Fluid AMOLED display with 120Hz refresh rate, HDR10+, and Gorilla Glass 6 layer. It is powered by the latest Qualcomm Snapdragon 865 SoC coupled with up to 12GB LPDDR5 RAM and 256GB UFS 3.0 storage. It runs on Android 10 OS with OxygenOS custom skin on top and has IP68 water and dust resistance. As for the cameras, the OnePlus 8 Pro ships with dual 48MP sensors, an 8MP unit, and a 5MP colour sensor. There is a 16MP snapper on the front for selfies and video chats. A 4,510mAh battery with 30W fast wired and wireless charging support fuels the phone.

As for the vanilla OnePlus 8, it has a relatively smaller 6.55-inch full HD+ Fluid AMOLED display with 90Hz refresh rate and HDR10+ support. It is powered by the mighty Snapdragon 865 5G SoC paired with up to 12GB RAM and up to 256GB storage. The triple camera setup at the back includes a 48MP Sony IMX586 primary sensor, a 2MP macro sensor, and a 16MP ultra-wide sensor. A 16MP snapper is on the front for selfies and videos. A 4,300mAh battery with 30W fast charging support powers the phone. Both the handsets come with an in-display fingerprint sensor for security.