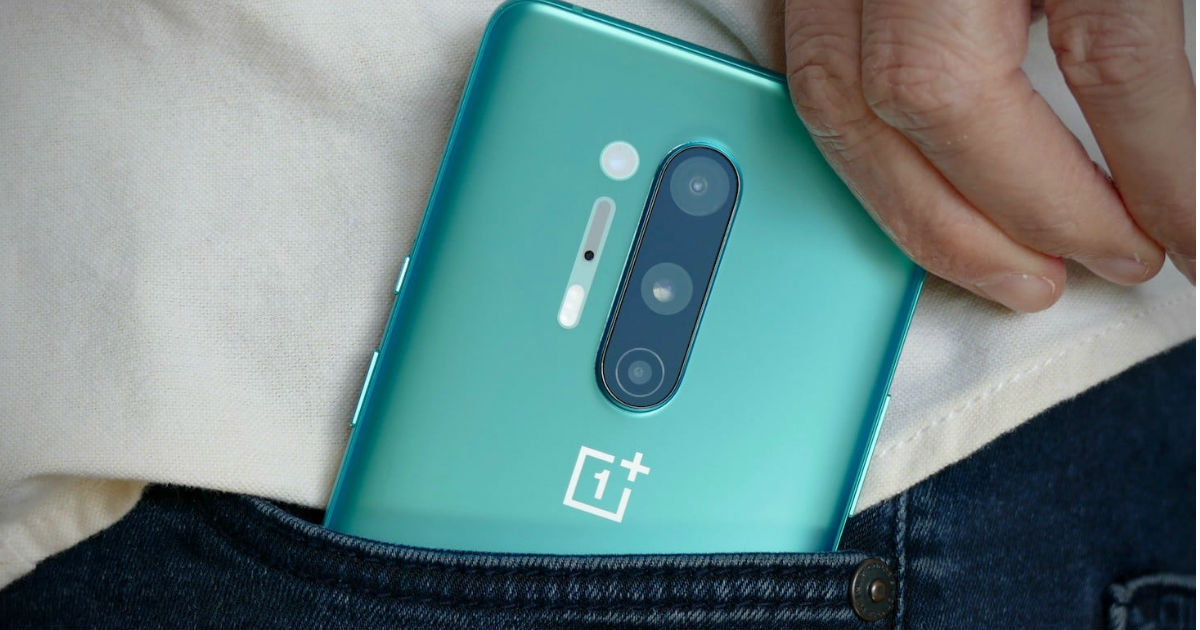 OnePlus 8T launch is set for October 14th but it seems that won’t be the only new product launching next month. OnePlus could launch as many as five new products apart from the OnePlus 8T on October 14th, according to tipster Ishan Agarwal. While the tipster hasn’t shared details about these devices, but we can speculate what some of these products could be based on recent reports. We have heard rumours about the OnePlus Watch, OnePlus BudZ, and the OnePlus Clover budget smartphone, all of which could make an appearance during the launch event. The OnePlus 8T is already confirmed to come with 120Hz refresh rate, Warp Charge 65 fast charging technology, and 4,500mAh battery. 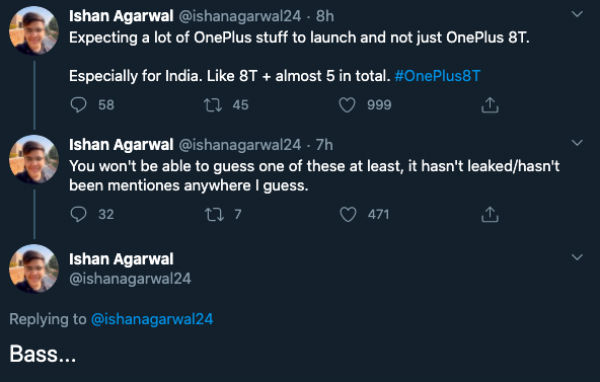 OnePlus hasn’t teased any other products for the October 14th launch event so far, but that could change in the coming days. The OnePlus Watch is a highly anticipated product from OnePlus and rumours suggest the device will come with a circular body, similar to the Vivo Watch. Another possible product could be the rumoured budget TWS earbuds — OnePlus BudsZ. Lastly, speculations are rife that OnePlus might make a surprising announcement of the rumoured OnePlus Clover budget phone with a 6,000mAh battery and Snapdragon 460 SoC.

OnePlus 8T is confirmed to come with a Fluid AMOLED display, a 120Hz refresh rate, and a punch-hole cutout. It is said to be powered by the Qualcomm Snapdragon 865+ 5G SoC coupled with Adreno 650 GPU, up to 12GB RAM, and up to 256GB storage that should be further expandable. The rear-camera setup is expected to include a new 48MP primary sensor, a 16MP ultra-wide-angle lens, a 5MP macro, and a 2MP portrait lens. The OnePlus 8T is confirmed to ship with 65W fast-charging support.