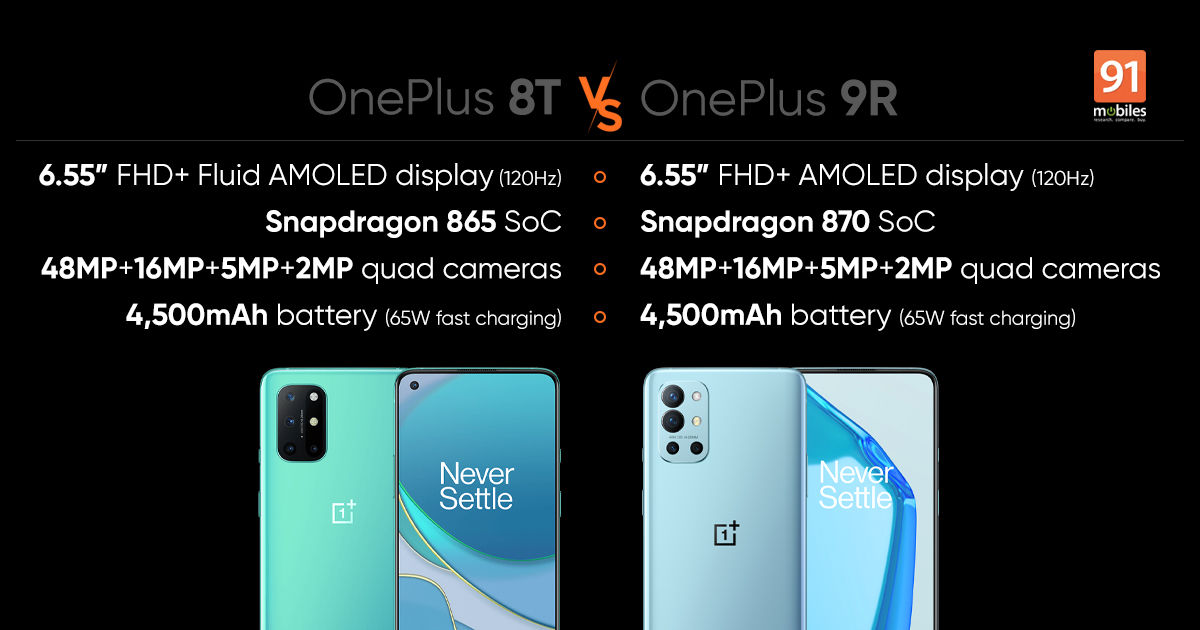 OnePlus has once again slashed the OnePlus 8T’s price in India by Rs 1,000. Its entry-level variant with 8GB RAM and 128GB storage is now available at Rs 38,999. Similarly, its elder sibling with 12GB of RAM and 256GB of storage will cost Rs 41,999. The OnePlus 8T is now cheaper than the recently-launched OnePlus 9R. Given that both phones are (nearly) identical, it is surprising that it took OnePlus this long to equalise their prices. The price drop comes just ahead of the OnePlus Nord CE 5G launch, which will happen later today. The following table should encapsulate the new prices.

The OnePlus 8T ships with a 6.5-inch FHD+ Fluid AMOLED panel clocked at 120Hz. A Qualcomm Snapdragon 865 chipset powers the smartphone, coupled with up to 12GB of RAM and 256GB of storage. There is no micro SD card slot, unfortunately, meaning that you’re essentially stuck with limited storage. It draws powers from a 4,500mAh battery that supports 65W fast charging. Wireless charging is not supported, unfortunately. Moving on to the optics, the OnePlus 8T gets a 48MP primary sensor, 16MP ultra-wide-angle lens, 5MP macro lens, and 2MP monochrome sensor. A 16MP sensor handles selfies and video calls. OnePlus has also thrown in an under-display fingerprint sensor. 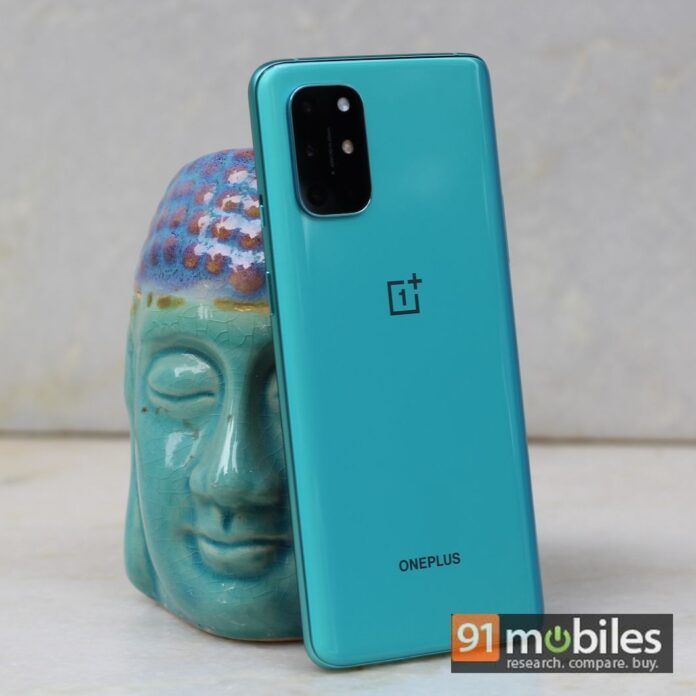 Should you buy OnePlus 8T over OnePlus 9R?

Is the OnePlus 8T still worth purchasing instead of the OnePlus 9R? The answer isn’t nearly as straightforward as one would think. The OnePlus 9R played second fiddle to the OnePlus 9 series upon launch, and is, for all intents and purposes, the runt of the litter. The OnePlus 8T, on the other hand, is a ‘flagship’ smartphone that will get more attention than the 9R. However, the OnePlus 9R is still a formidable choice due to its ‘upgraded’ Snapdragon 870 chipset, which should, on paper, give you better performance in some single-threaded workloads.

While you decide whether to buy the OnePlus 8T or the OnePlus 9R, you can check out more news about the other upcoming smartphones as well as popular product recommendations on our Facebook, Twitter, and Instagram pages and head to our YouTube channel for the latest videos.