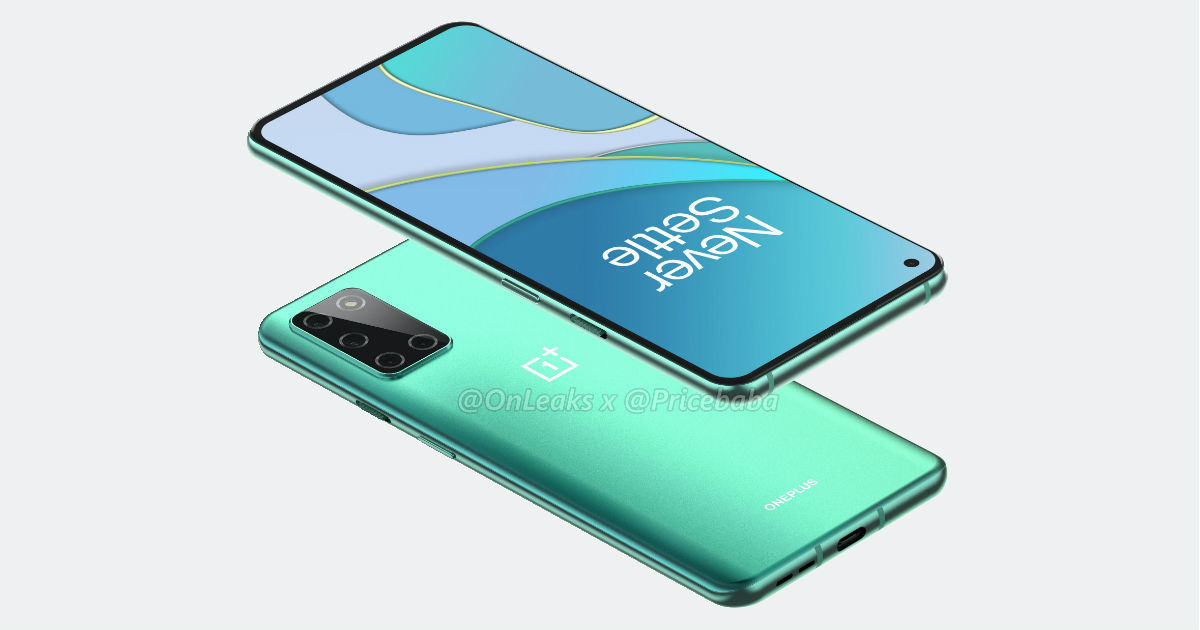 OnePlus 8T launch in India is set for October 14th and will succeed the OnePlus 8. The company has been teasing some features, suggesting the phone will be a major upgrade over its predecessor. OnePlus 8T specifications revealed so far include 65W Warp charging, 4,500mAh battery, 120Hz Fluid AMOLED display. OnePlus has also confirmed the flagship will run on Android 11-based OxygenOS 11 out of the box. Ahead of the launch, the OnePlus 8T specs have also been spotted on Geekbench. The phone with model number OnePlus KB2000 has managed to score 3,843 in the single-core and 11,714 in the multi-core tests, suggesting the chipset powering it is probably not the new Snapdragon 865+.

Also read: OnePlus 8T Pro will not launch this year, here’s why 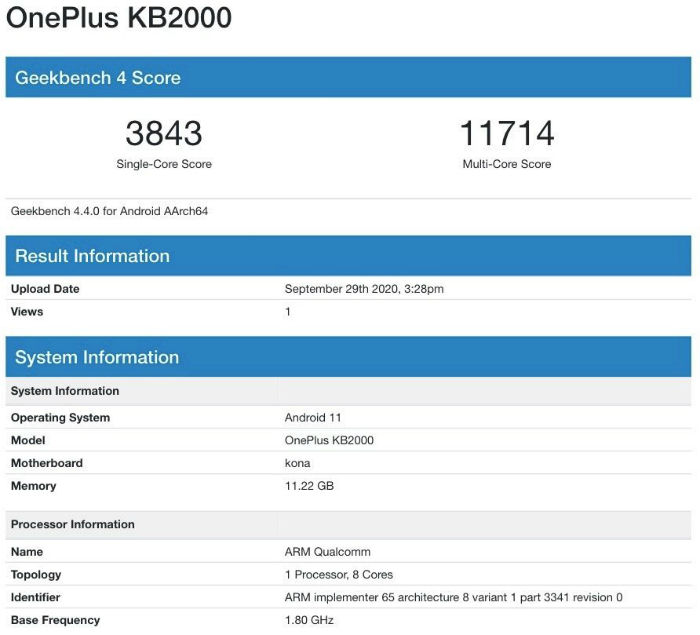 The Geekbench scores of the OnePlus 8T seem low for a phone powered by the overclocked Snapdragon 865+ chipset. It suggests that the upcoming OnePlus flagship will use the same Snapdragon 865 SoC as the OnePlus 8. This is in line with an Amazon listing a little while back that also listed the Snapdragon 865. The Geekbench listing also reveals the phone will come with a 12GB RAM option. The OnePlus KB2001 model that was spotted on Geekbench back in July was the 8GB RAM variant.

OnePlus 8T is said to come with an FHD+ 120Hz Fluid AMOLED display with a corner punch-hole cutout to accommodate the selfie snapper. The phone will likely be powered by the Snapdragon 865 SoC coupled with up to 12GB RAM and 256GB storage. The OnePlus 8T flagship is said to come with a new 48MP primary sensor, a 16MP ultra-wide-angle lens, a 5MP macro, and a 2MP portrait lens. The phone is likely to have an in-display fingerprint sensor for security and 5G connectivity. Connectivity features could include dual-band Wi-Fi, Bluetooth 5.1, GPS, and USB Type-C for charging and data sync. The phone is confirmed to come with a 4,500mAh battery and the new 65W Warp Charge fast charging support.