91mobiles.com
Home Feature OnePlus 9 launched: 4 reasons to buy and 3 reasons not to...
Highlights 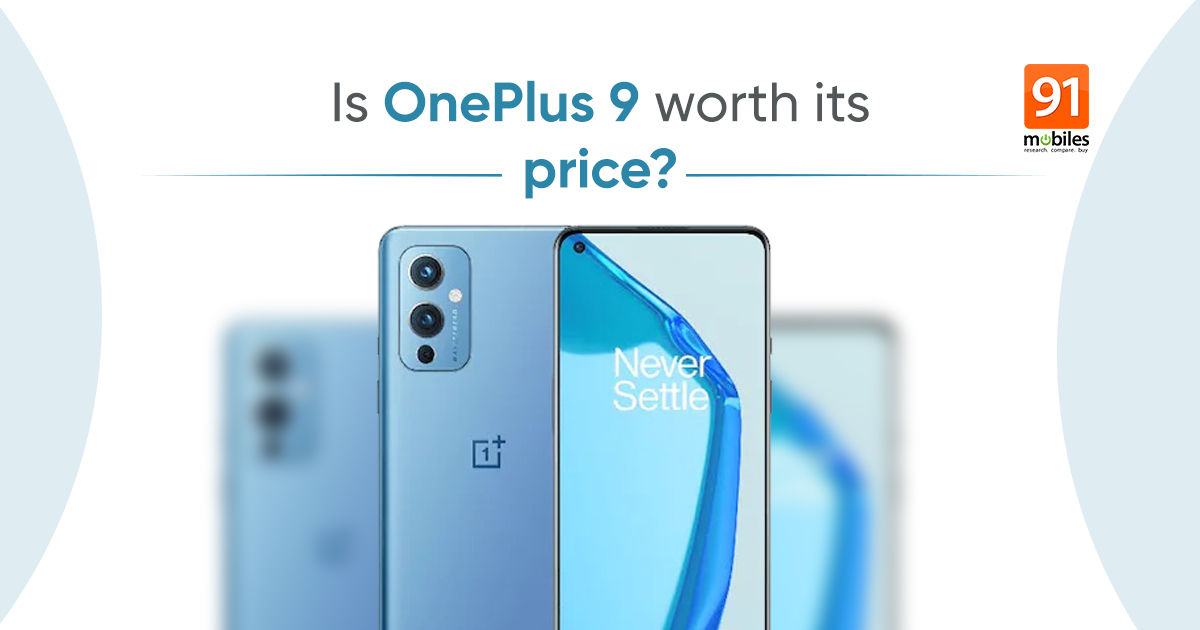 If you are eyeing the OnePlus 9 (review) on its first sale on April 15th, here’s what you need to know. The handset was launched in India alongside OnePlus 9 Pro (review) last month. While the ‘Pro’ is the OEM’s most feature-packed phone to date, the OnePlus 9 is a flagship with a few trade-offs. OnePlus 9 specifications include the Snapdragon 888 SoC, 65W fast charging solution, and a 120Hz AMOLED display. However, it lacks a few nifty features such as IP rating for water resistance and wireless charging. Additionally, the handset doesn’t come cheap. In fact, it’s the most expensive non-Pro variant from the brand yet. The OnePlus 9 price in India starts at Rs 49,999. Should you buy or should you skip this flagship? Read on to find out:

Also read: Here’s how prices of OnePlus flagships have changed over the years

Our in-house reviewer Kshitij Pujari was quite impressed with the OnePlus 9’s performance during the review. In his own words, “OnePlus 9 is amongst the fastest devices in the Android world. It’s at the pinnacle of smartphone performance that money can buy.“ In addition to regular multitasking, running heavy GPU-intensive titles, switching between apps, or simultaneously downloading files on Chrome while browsing on OTT platforms, the handset can handle hardcore stuff like 4K video editing or playing around with 10-bit RAW images or playing an 8K video shot from the phone, with zero lag. 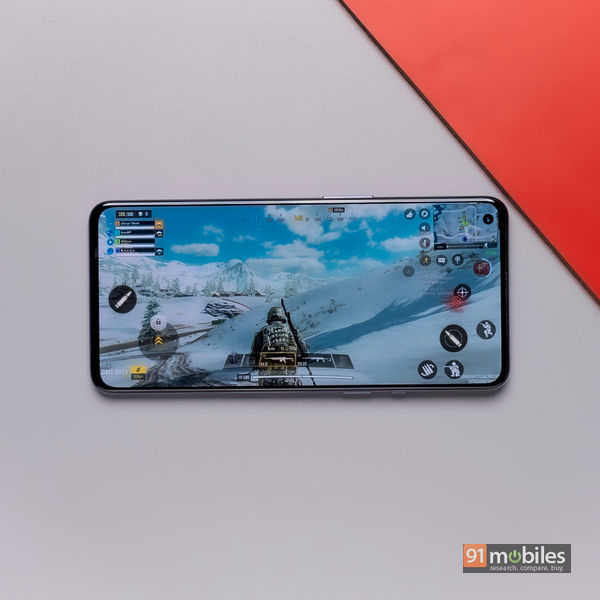 The OnePlus 9 is powered by the all-new Qualcomm’s latest flagship Snapdragon 888 SoC coupled with up to 12GB LPDDR5 RAM and 256GB UFS 3.1 storage ticking at its core. The SoC is developed using a 5nm fabrication and packs a single Cortex X1 core powered by the new Kryo 680 Prime CPU that can be clocked at 2.84GHz, three Cortex A78 cores with Kryo 680 Gold CPUs spinning at 2.42 GHz, and four efficiency Cortex A55 cores with Kryo 680 Silver CPUs.

The OnePlus 9’s cameras boast impressive results in daylight. The images captured are said to be on par with more expensive flagships like Samsung Galaxy S21 (review) or the iPhone 12 (review). This could be attributed to the new camera setup. The OnePlus 9, much like OnePlus 9 Pro, comes with Hasselblad cameras. The phone packs a triple camera setup at the back, which comprises Sony IMX689 48MP primary wide-angle shooter, a 50MP Sony IMX766 ultra-wide-angle lens with macro capabilities, and a 2MP monochrome camera. Click here for OnePlus 9 camera samples.

The OnePlus 9 also ships with an impressive 65W Warp Charge 65T fast wired charging solution. The tech is capable of powering the phone’s 4,500mAh battery from 0-100 percent in a little under 35 minutes. As for the battery life, the OnePlus 9 will keep afloat till the end of the day between charges. The handset offered about 7 hours of screen-on time, with extensive heavy GPU-usage and whatnot, during the review.

Additionally, the OnePlus 9 comes with an optimised charging feature that monitors your sleeping habits to slowly trickle in battery charge throughout the night, such that the battery integrity is maintained for a longer time. 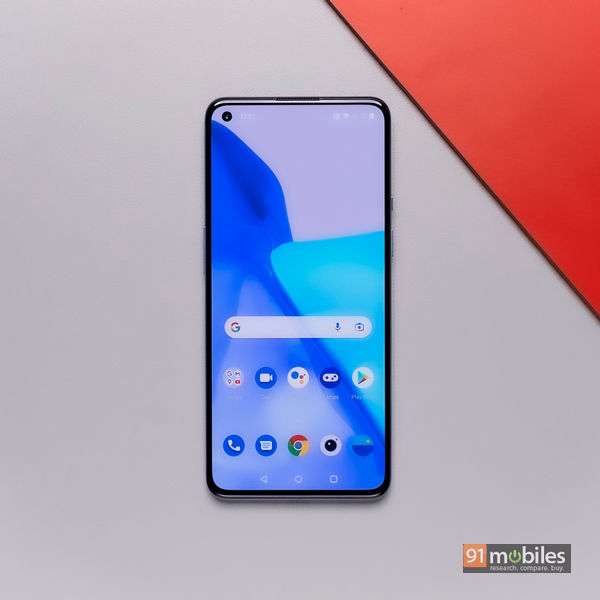 Another USP of OnePlus 9 is its display. The handset employs a 6.55-inch AMOLED panel with FHD+ (2,400 x 1,080) resolution and a 20:9 aspect ratio. Like previous OnePlus devices, this time around as well you get a 120Hz refresh rate. And like the Pro model, the vanilla OnePlus 9 can dynamically switch to a lower refresh rate when required to conserve battery. “There is absolutely no stuttering or lag while scrolling through anything on the phone,” as per the reviewer.

3 reasons to not buy OnePlus 9

No wireless charging and IP rating

The lack of wireless charging and IP rating is one of the biggest drawbacks of the OnePlus 9 in India. Even the affordable offerings these days now tout IP rating for water resistance, while wireless charging has become quite common with flagships. OnePlus, on the other hand, has decided to keep the features exclusive to the ultra-premium OnePlus 9 Pro for yet another generation. 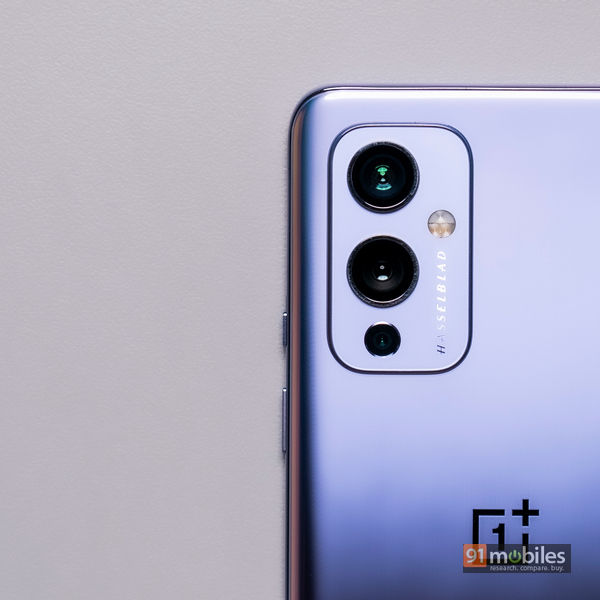 While the OnePlus 9 cameras offer great shots in daylight, their low light performance is a little disappointing. The photos were a tad inconsistent, with the sensor struggling to focus on the subject at times and capturing different exposures. Exposure-wise, the sensor can also be hit-or-miss, and in an indoor, dimly lit environment, it is mostly a miss. “I also feel that oversharpening of details in favour of good highlights is an issue. When sufficient light is provided you can be treated to some excellent shots… but that can also be said for the Redmi Note 10 Pro Max as well which is a phone costing less than half as much. The dedicated Night Mode helps out only a little with an incredibly still hand required for capturing good details,” added Kshitij in his OnePlus 9 review.

Priced on the higher side

The OnePlus 9 price seems to be on the higher side. The phone is priced at Rs 49,999 for the base 8GB RAM variant, while the 12GB RAM variant costs Rs 54,999. This is in the same ballpark as last year’s OnePlus 8 Pro (review), which offers similar features as the OnePlus 9. In addition to that, you also get an IP68 rating, wireless charging, better night photography, higher-resolution display, and an extra telephoto lens with the OnePlus 8 Pro.