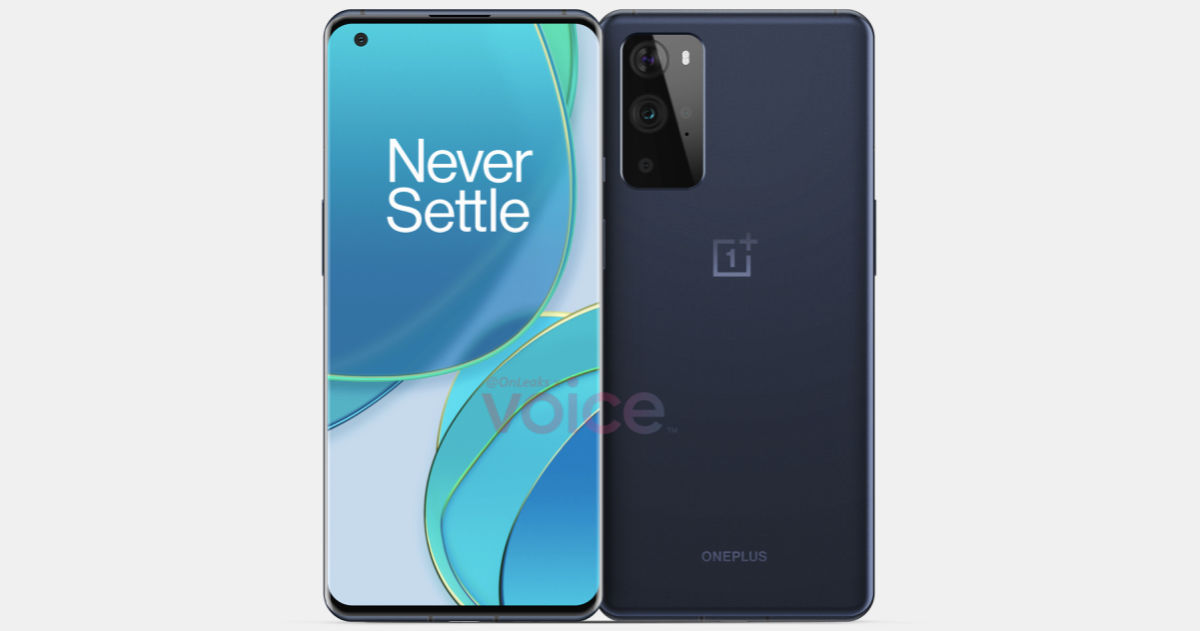 OnePlus 9 and OnePlus 9 Pro launch event is tipped to take place in mid-March, so there’s still a few months to go before the company makes things official. Still, that hasn’t stopped the leaks and reports from pouring in over the past few weeks. 91mobiles exclusively revealed the first render and live-image of the OnePlus 9 and also detailed the camera configuration. Now, OnePlus 9 Pro design has been revealed through leaked renders courtesy of Steve Hemmerstoffer aka OnLeaks through Voice. The tipster claims the images are based on the prototype. In addition to the renders, we also get some information regarding the OnePlus 9 Pro specifications.

As per the renders, the OnePlus 9 Pro sports a corner punch-hole cutout for the selfie camera and glass on the front and back. The top bezel houses the speaker, the alert slider and power button are on the right side, while the volume rocker is on the left. over at the back, the OnePlus 9 Pro gets a rectangular camera module, similar to the OnePlus 8T, that will seemingly include four cameras and an LED flash. OnLeaks claims two of the four lenses are placed within huge metal rings that seem to protrude slightly from the main camera bump. The tipster reiterates that the OnePlus 9 series launch will be in March. OnePlus 9 Pro is said to sport a 6.67-inch curved display with slim bezels and at least 120Hz refresh rate, if not higher. The flagship should be powered by the upcoming Qualcomm Snapdragon 875 SoC paired with 8GB RAM. OnePlus 9 Pro should also get the company’s latest 65W fast-charging solution and Android 11-based Oxygen OS. Storage variants may include the usual 128GB and 256GB options. Unfortunately, other details about the OnePlus 9 Pro are still a mystery at the moment but we expected to learn more information soon.