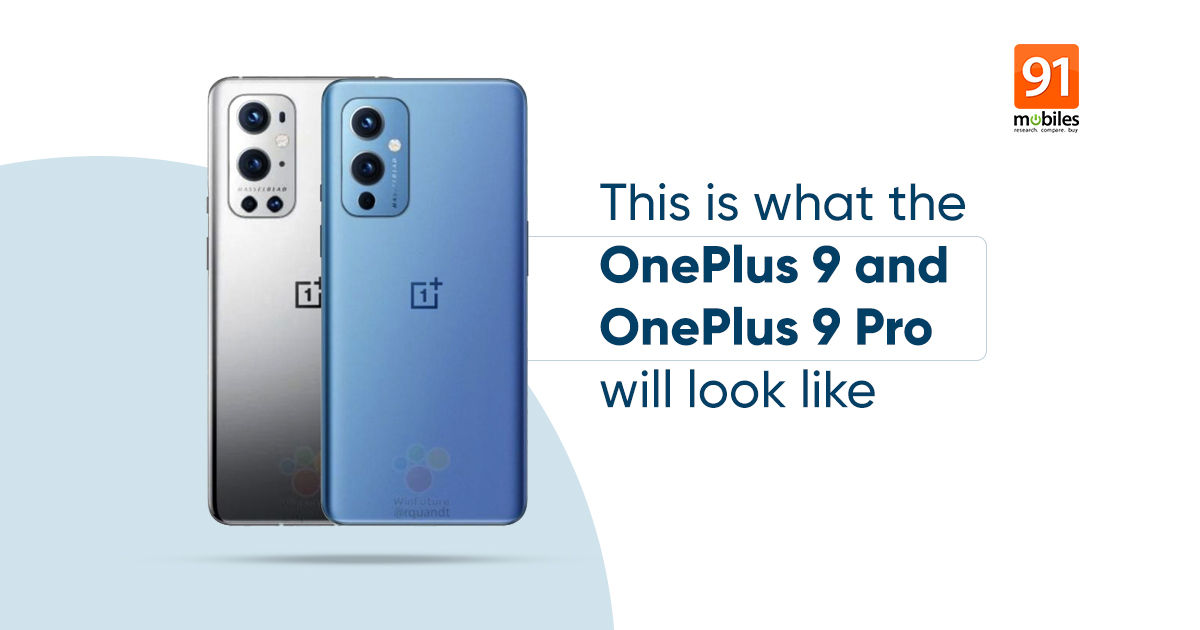 The latest renders give us our best look yet at the OnePlus 9 and OnePlus 9 Pro. You can see both phones from several angles and in different colours. The renders match perfectly with all the rumours and leaks from before. It also goes hand in hand with the recently teased photo from OnePlus. As seen in the renders, the OnePlus 9 Pro has a slightly curved display, whereas the standard OnePlus 9 features a flat screen. As per previous leaks, the OnePlus 9 Pro will get a 6.7-inch display and the OnePlus 9 will come with a 6.5-inch screen with up to 120Hz refresh rate and QHD+ resolution.

The OnePlus 9 may use a plastic frame instead of metal and it will come with triple rear cameras, while the Pro model gets a quad-camera system. The Hasselblad branding is seen on the camera modules of both devices and is very prominent. OnePlus has already confirmed that the OnePlus 9 Pro will use a 50MP Sony IMX766 sensor ultra-wide sensor and a Sony IMX789 primary camera.

Apart from the design, the renders also show the different colour options for the devices. The OnePlus 9 and OnePlus 9 Pro India launch is set for March 23rd. OnePlus has teased that the Hasselblad partnership has improved the camera performance on the new devices, but we’ll have to wait to find out.