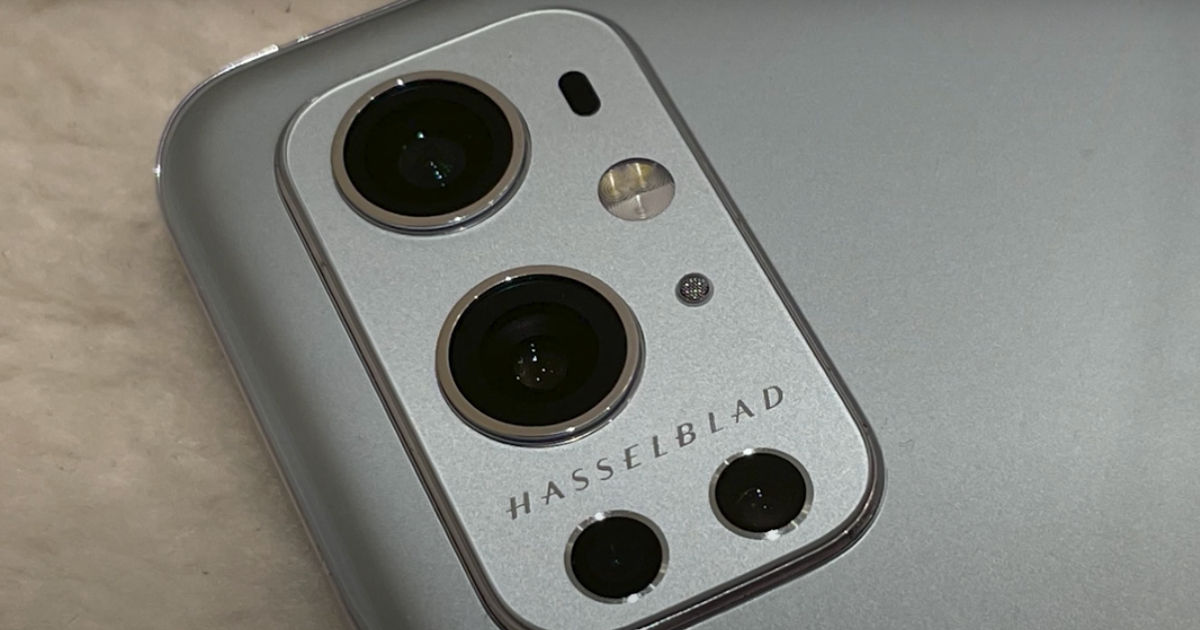 The OnePlus 9 Pro live images show two large camera sensors accompanied by two regular cameras, an LED flash, and what could be the laser autofocus. The rectangular camera module is strikingly similar to the leaked renders we have seen in the past. Notably, the addition this time around is the Hasselblad branding, which suggests OnePlus is indeed getting serious about the cameras this time around.

OnePlus 9 Pro has power on/off and alert slider on the right, the volume rocker is on the left. The glass on the front is slightly curved and similar to the one on the OnePlus 8 Pro. There’s a corner punch-hole cutout for the selfie camera. The USB Type-C port is on the bottom alongside the speaker grille and SIM tray. The live images also reveal some OnePlus 9 Pro specs such as a QHD+ display, a 120Hz refresh rate, 256GB storage and 11GB RAM, which could be 12GB on the retail unit. Unfortunately, it doesn’t reveal the processor and camera sensor details at the moment, but it is widely believed that the OnePlus 9 Pro will be powered by the flagship Snapdragon 888 chipset.