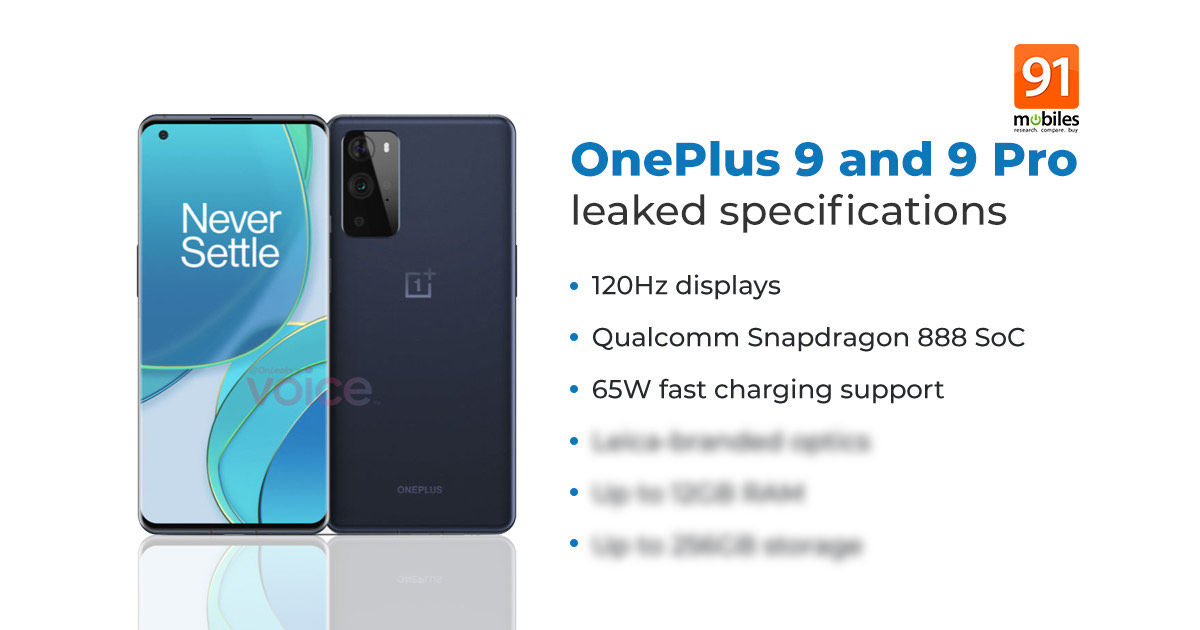 OnePlus 9 and OnePlus 9 Pro specifications have been rumoured to include Snapdragon 888 SoC, 65W fast wired charging support, up to 45W fast wireless charging support, a Fluid AMOLED panel, and Leica-branded cameras. Now, popular Chinese tipster Digital Chat Station has revealed the smartphones’ screen size, resolution, refresh rate, and design, among other things. The OnePlus 9 is tipped to sport a 6.55-inch FHD+ 120Hz flat display, whereas the OnePlus 9 Pro may come with a 6.78-inch QHD+ 120Hz curved screen. Additionally, the tipster said that the OnePlus 9 and 9 Pro will be 8mm and 8.5mm thick, respectively, and the phones will weigh no more than 200 grams. The punch-hole for the selfie camera on this pair will reportedly measure about 3.8mm. OnePlus 9 and 9 Pro launch is expected in March and rumours are rife that there could be a third model, called OnePlus 9 Lite, as well.

OnePlus 9 and 9 Pro are expected to rock the latest Qualcomm Snapdragon 888 SoC under the hood. The chipset will likely be paired with up to 12GB RAM and 256GB storage onboard. In optics, the OnePlus 9 Pro is rumoured to pack a quad-camera setup with Leica-branded optics. The regular OnePlus 9 is said to highlight a triple camera setup at the back. Other specifications may include a 4,500mAh battery, 65W fast wired charging solution, in-display fingerprint scanner, and 5G support.