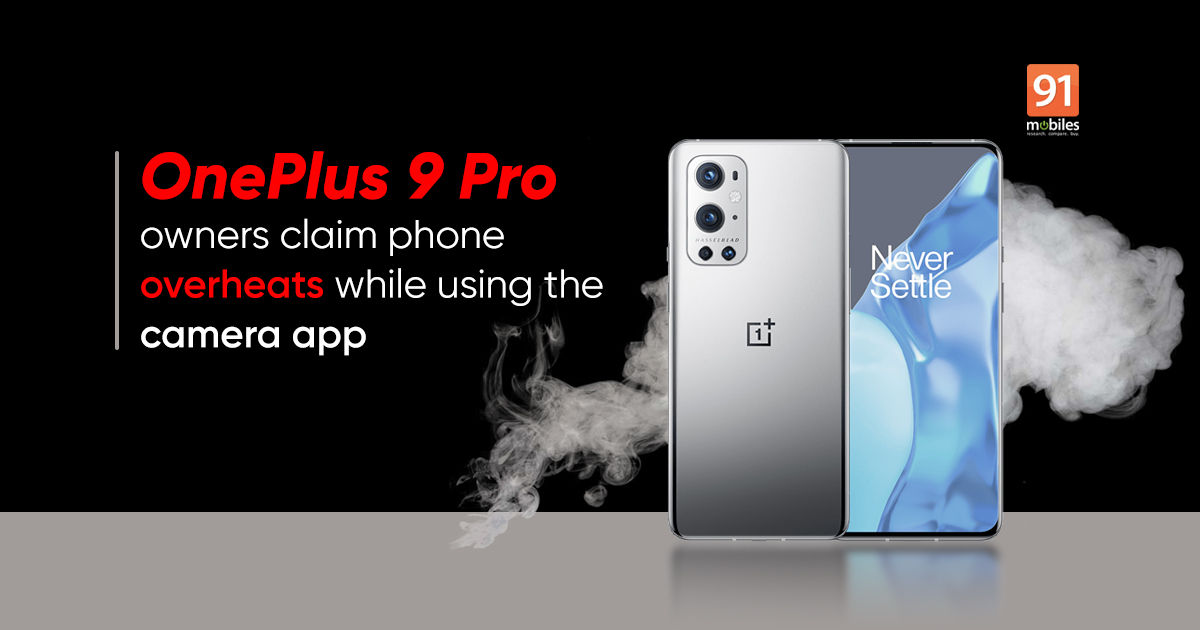 OnePlus 9 Pro is the company’s latest flagship that packs premium features like the Snapdragon 888, QHD+ 120Hz AMOLED display, Hasselblad cameras, wireless charging, IP68 rating, and much more. However, a number of OnePlus 9 Pro owners are now reporting overheating issues when using the camera app. Android Police spotted multiple reports, most of which are from a thread on the OnePlus’ support forum. OnePlus has acknowledged the problem and has told The Verge that this is a known issue. The company assures a fix will be rolled out via an update “over the next few weeks.”

What is the OnePlus 9 Pro overheating issue?

Getting really tired of this. pic.twitter.com/h30dcIB8y1

OnePlus 9 Pro users are reporting that the overheating warning appears even with normal usage of the camera app. In some cases, the phone simply doesn’t click any more photos or shoot video until it cools down. While other owners claim the problem starts as soon after the initial setup of the phone. OnePlus 9 Pro is equipped with thick copper foil and a larger heat sink compared to its predecessor. It comes with two battery cells that help dissipate heat while fast charging. Despite all this, the OnePlus 9 Pro is still prone to heating issues apparently, which suggests it could be a software issue rather than being hardware-related. OnePlus said that users experiencing problems with heating submit a bug report through its forums.

The OnePlus 9 Pro has a quad-cameras at the back with a 48MP Sony IMX789 primary sensor, a 50MP ultra-wide-angle Sony IMX766 sensor, an 8MP telephoto lens with f/2.4 aperture, and a 2MP monochrome sensor. There is a 16MP Sony IMX471 camera on the front with EIS and f/2.4 aperture for selfies and video chats and an in-display fingerprint sensor for security.

Thief snatches a flagship Samsung phone and returns it, the reason will make you laugh