91mobiles.com
Home News This is your best look yet at the OnePlus 9 design; specs...
Highlights 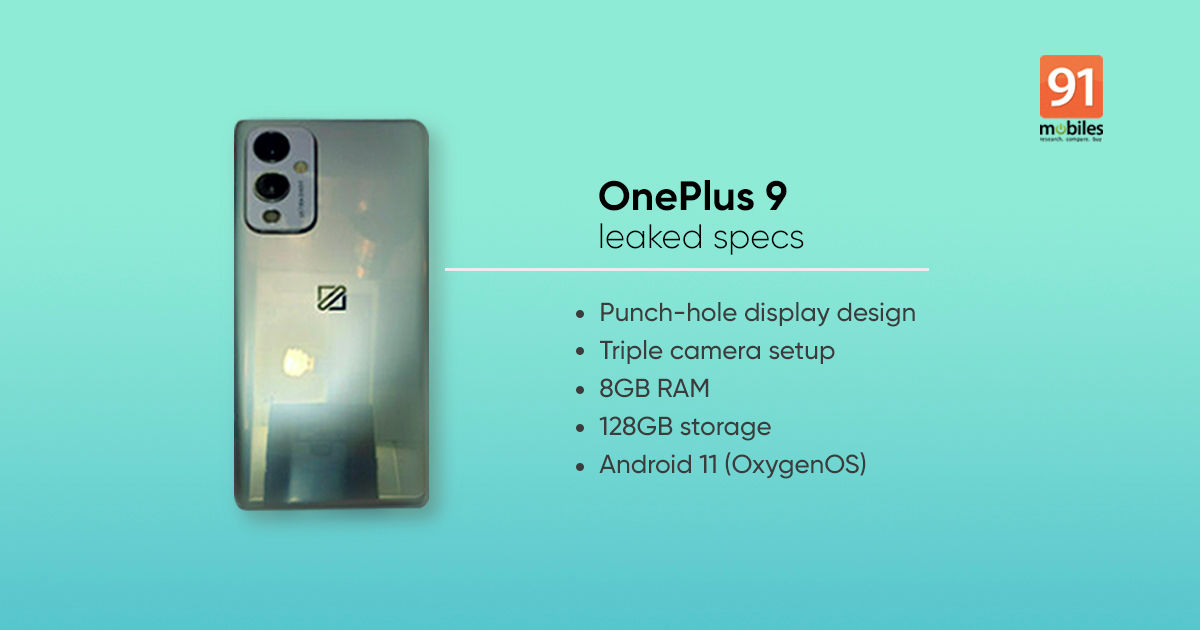 The OnePlus 9 series launch is expected by mid-March, slightly ahead of the usual schedule. Thanks to various leaks and rumours on the web, we know a good deal about the flagships, though some details still remain a mystery. The latest on this front is an eBay listing showing the images of a OnePlus 9 prototype; the listing has since been taken down. The listing not only shows the design of the upcoming smartphone but also reveals the key OnePlus 9 specification. The prototype’s images show a design that’s quite similar to the one seen in the earlier leaked renders, with a rectangular module triple camera setup, slim bezels, and punch-hole cutout for the selfie camera.

In the images, the OnePlus 9 can be seen with two large sensors, a single small lens, and an LED flash within the rectangular module. It has a curved back panel but a flat front display. The volume rocker is on the left, while the power button and alert slider are on the right. The USB Type-C port, speaker grille, microphone, and SIM tray section are at the bottom. When it comes to button placement it doesn’t look like a lot has been changed from the OnePlus 8T. It remains to be seen how much of the prototype design will reflect on the final product.

As for the specifications, the OnePlus 9 in the images comes with 8GB RAM and 128GB storage, but there could be other options at launch. Android 11 OS, skinned with the latest version of OxygenOS, will be part of the package as well. The OnePlus 9 model number in the images is LE2117.

Previously, 91mobiles recently revealed the flagship will have 30W fast-wireless charging support and is said to be the first OnePlus device to support reverse wireless charging. OnePlus 9 is said to come with a 4,500mAh battery and 65W fast charging solution. It is expected to ship with the Qualcomm Snapdragon 888 5G SoC and have 5G connectivity.

OnePlus 9 series tipped to not include a third model, launch timeline rumoured again