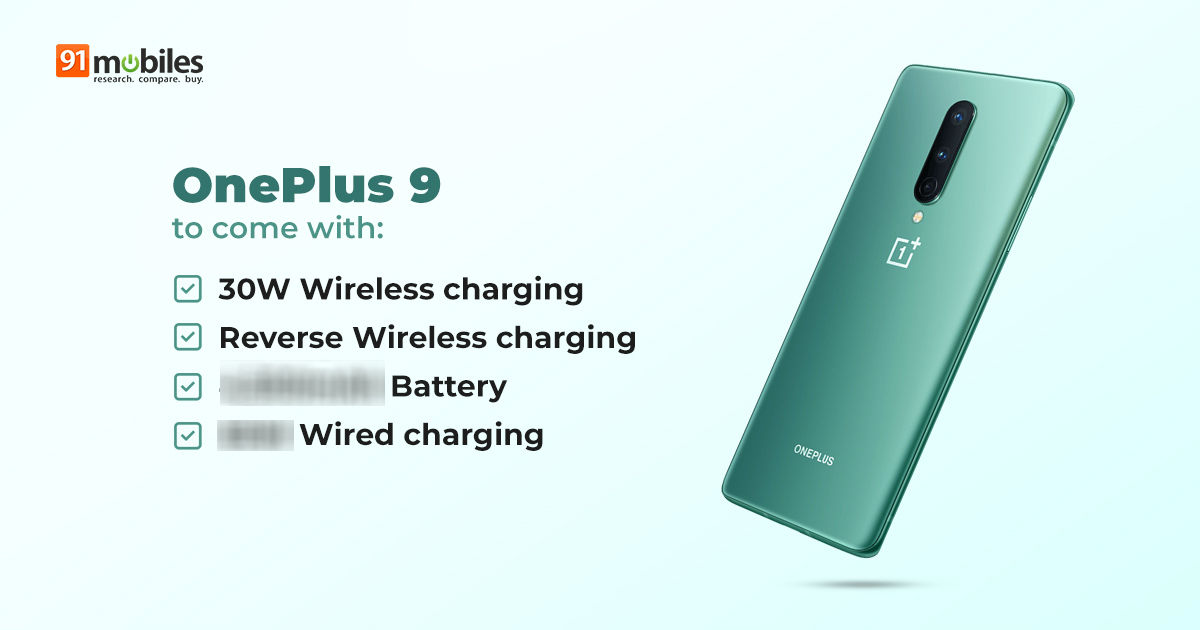 OnePlus 9 series launch is expected in mid-March and the lineup is widely believed to include three models, including the OnePlus 9 Lite. Some key details about the OnePlus 9 Lite were recently reported. Now, 91mobiles brings you exclusive information about the vanilla OnePlus 9 model. A trusted source has provided some alleged live images of the smartphone that reveal a corner hole-punch cutout and a flat display. Notably, the OnePlus 9 will feature wireless charging support, which was previously only expected for the Pro model. In addition to this, the images also reveal that the device will support reverse wireless charging.

Past reports suggest both the OnePlus 9 and OnePlus 9 Pro will come with Leica-branded cameras. Earlier this week, OnePlus 9 camera specs were tipped, which revealed that the device will come with a 50MP primary camera, a 20MP wide-angle lens, and a 12MP telephoto camera. Both the devices are also expected to be powered by the all-new Snapdragon 888 chipset. Meanwhile, a new report claims the OnePlus 9 Lite will launch with the Snapdragon 865 chipset, 65W fast charging support, and a price tag of around $600 (approx Rs 44,200).