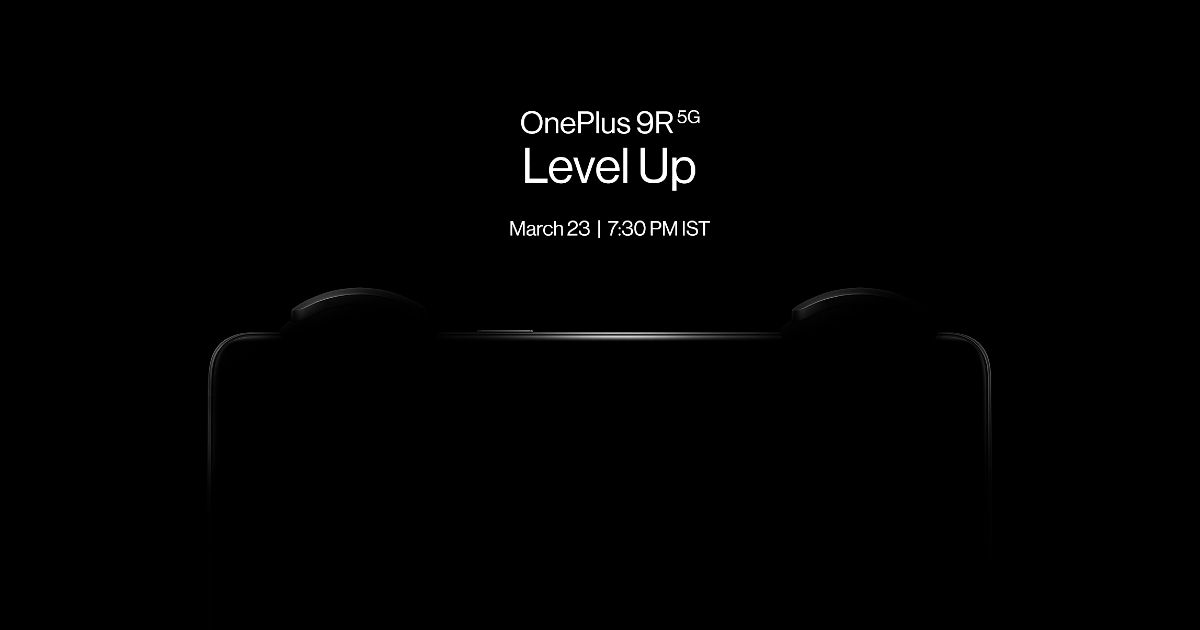 OnePlus 9R 5G price in India will be revealed on March 23rd as the company has officially confirmed the phone’s launch. This falls in line with our report last month that the device would launch alongside the OnePlus 9 series on March 23rd. Ahead of the announcement, OnePlus has teased the handset on Twitter. The teaser image shows the OnePlus 9R 5G’s silhouette, so the actual design is not clear. We can see the power button on the right frame and two gaming triggers attached to it. This is because the company is promoting it as a gaming phone with “smooth scrolling, immersive gaming controls, and display tweaks.” It’s unclear whether OnePlus will also announce gaming triggers as accessories for the OnePlus 9R 5G.

Mobile gaming is about to level up. Get your game on this Tuesday, March 23. #OnePlus9R5G

While OnePlus 9R 5G specifications and design details have not been officially teased, the phone is confirmed to be priced affordably and will come with 5G connectivity. Earlier leaks have suggested the OnePlus 9R 5G will come with a 6.5-inch FHD+ display with a 90Hz refresh rate. The device is said to be powered by the Qualcomm Snapdragon 690 SoC paired with 8GB RAM and 128GB internal storage. The handset is likely to run Android 11-based OxygenOS out of the box and it may have an AMOLED panel.

As for optics, the OnePlus 9R 5G is said to pack a 64MP primary camera and an 8MP wide-angle lens. However, there could be other camera sensors as well. The handset may house a 5,000mAh battery with fast charging support. Connectivity features could include 5G, 4G LTE, dual-band Wi-Fi, Bluetooth, GPS, USB Type-C port for charging and data sync. Since these OnePlus 9R 5G specifications are based on leaks and rumours, we suggest you wait for an official announcement tomorrow.