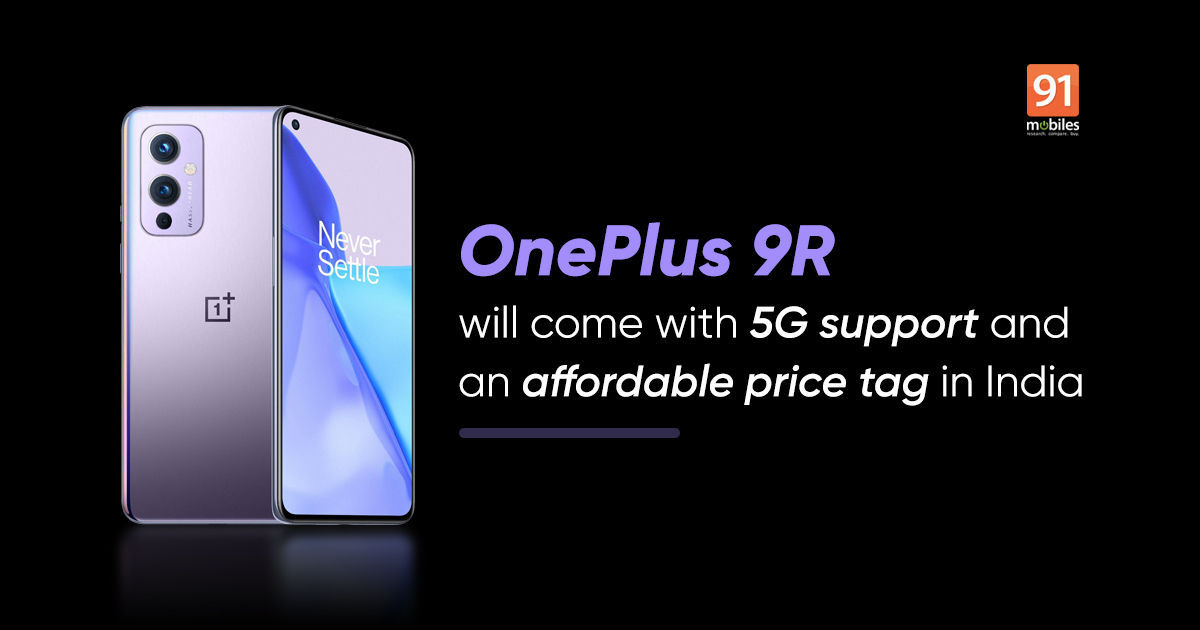 OnePlus 9R specifications have been revealed just hours ahead of the phone’s launch. The device is set to go official alongside the OnePlus 9 and OnePlus 9 Pro. The launch event will begin at 7:30 PM IST and all three phones are set to go on sale in India soon. The OnePlus 9R is specially made for India as an affordable flagship phone. Ahead of the launch, an alleged Amazon listing has revealed key Oneplus 9R specifications as well as the design. As expected, the phone will come with the Snapdragon 870 chipset, which is a flagship-grade processor that enables 5G support.

Tipster Mukul Sharma tweeted screenshots of an Amazon listing that reveals key OnePlus 9R specifications. The phone will sport a 6.55-inch FHD+ 120Hz Fluid AMOLED display. The phone gets a corner punch-hole camera and it will come in a pure black colour option with a matt finish. The OnePlus 9R is powered by the Snapdragon 870 chipset with 5G support. The RAM and storage variants have not been revealed in the Amazon listing, but it is rumoured to come with up to 12GB RAM and 256GB internal storage.

OnePlus 9R houses a 4,500mAh battery that supports Warp Charge 65 fast charging. You get a 65W charging brick in the box. The smartphone features a quad-camera system housed in a rectangular camera module. The camera system includes a 48MP primary camera, a 16MP wide-angle lens, a 5MP macro lens, and a 2MP mono camera.

While the OnePlus 9R price in India will be officially revealed during the launch event, we have some idea about the pricing. As per a leak doing the rounds on the internet, the OnePlus 9R India price will start from Rs 39,999 for the 8GB+128GB variant. The 12GB+256GB option will cost Rs 43,999.

The official OnePlus 9R specifications, price in India, and availability details will be revealed during the launch event, which begins at 7:30 PM IST.