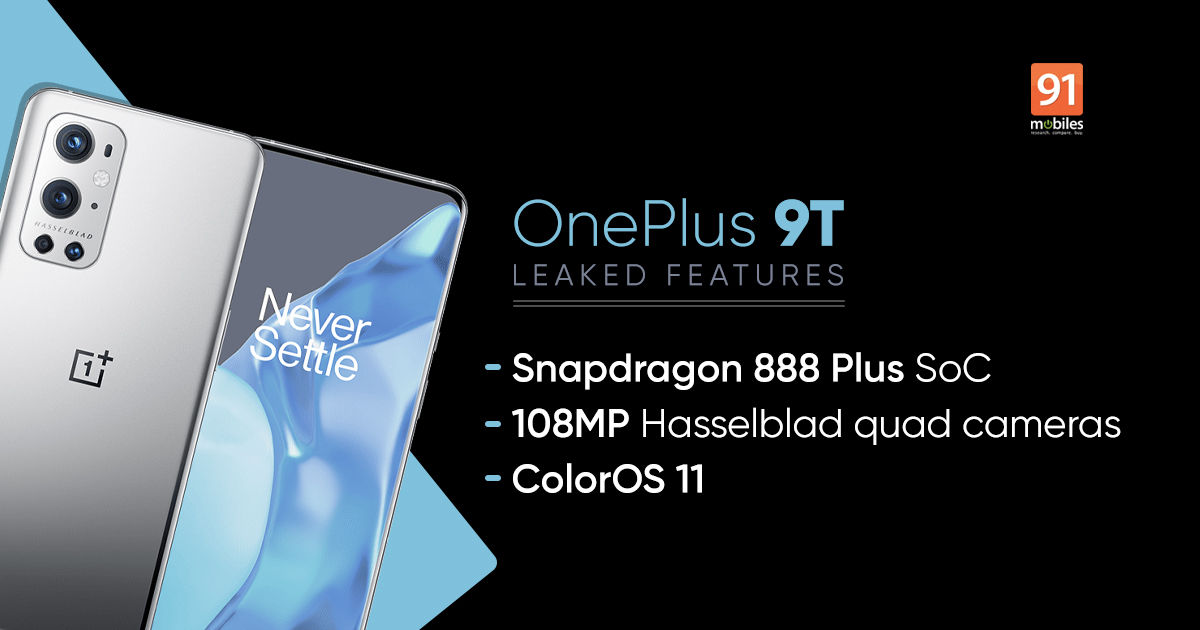 OnePlus 9T is expected to launch this year and we started hearing about the phone last month. It was reported in June that the phone will feature a Samsung LTPO OLED display with a 120Hz variable refresh rate. A new tip now tells us about the OnePlus 9T launch timeline and other details. On Friday, OnePlus announced that it is merging OxygenOS with OPPO’s ColorOS. While OxygenOS will still run on OnePlus phones globally, it will share its codebase with ColorOS. Well, it seems the OnePlus 9T will show us what this merger will look like and the phone will also offer Hasselblad cameras.

The OxygenOS and ColourOS merger suggests OnePlus and OPPO phones will start looking similar on the software front. We don’t know what the next iteration of OxygenOS looks like but it will likely be heavily inspired by ColorOS. OnePlus says that sharing a common codebase will standardise its software experience and streamline the development process for future OxygenOS updates. The flagship OnePlus series, including T and R models, will receive three major Android updates and four years of security updates.

While the OnePlus 9T launch is expected by September, we have learned that there will be no OnePlus 9T Pro model this year. A pretty wild rumour on the internet claims the OnePlus 9T Pro will launch with a secondary screen on the back. The phone is also tipped to come with the Snapdragon 888 Plus chipset. These are unverified and radical rumours, so it would be wise to take them with a pinch of salt.