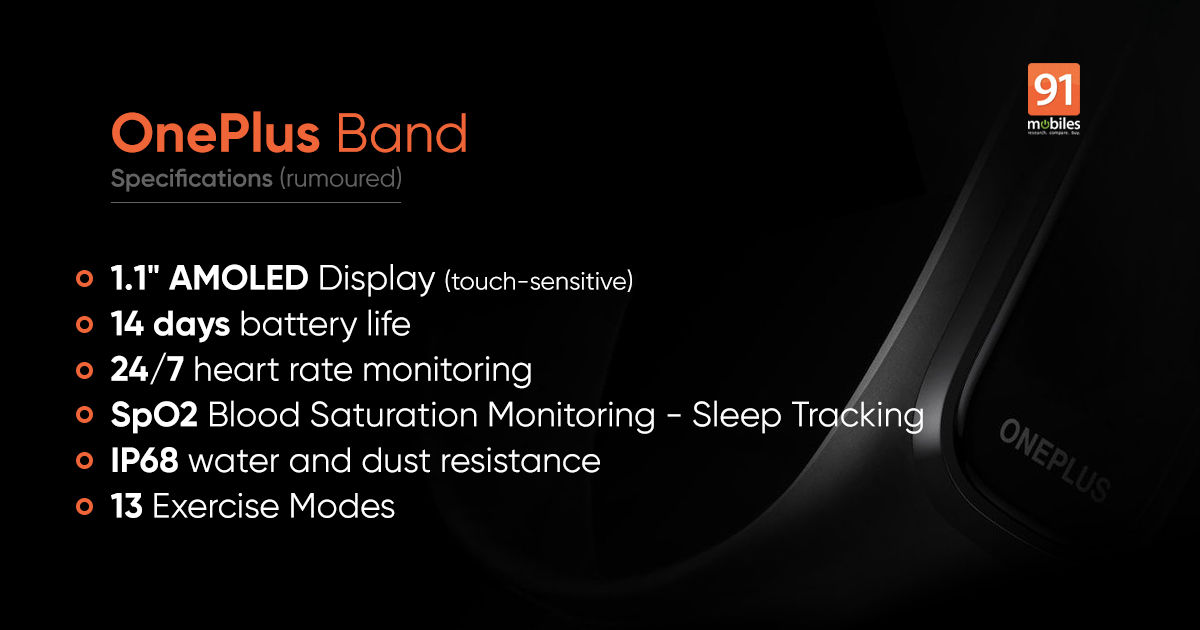 OnePlus Band India launch was confirmed by the company on Monday and we now have some information regarding its launch date and price in the country. OnePlus is looking to get into the wearables segment this year with its first-ever fitness band and the upcoming smartwatch. While the OnePlus Watch is still a few months away, the fitness band is all set to launch in India later this month. Industry insider Ishan Agarwal recently tweeted about the OnePlus Band launch date, price in India, and features that are in line with what tipster Mukul Sharma has also revealed a few days ago.

According to Agarwal, the OnePlus Band launch date is January 11th. The fitness band will be priced at around Rs 2,499 to take on Xiaomi’s Mi Band.

The upcoming OnePlus Band will be going on sale on Amazon as the e-commerce platform has put up a dedicated microsite for the wearable. The page reveals that the fitness band will come with sleep tracking, real-time heart rate tracking, and water resistance.