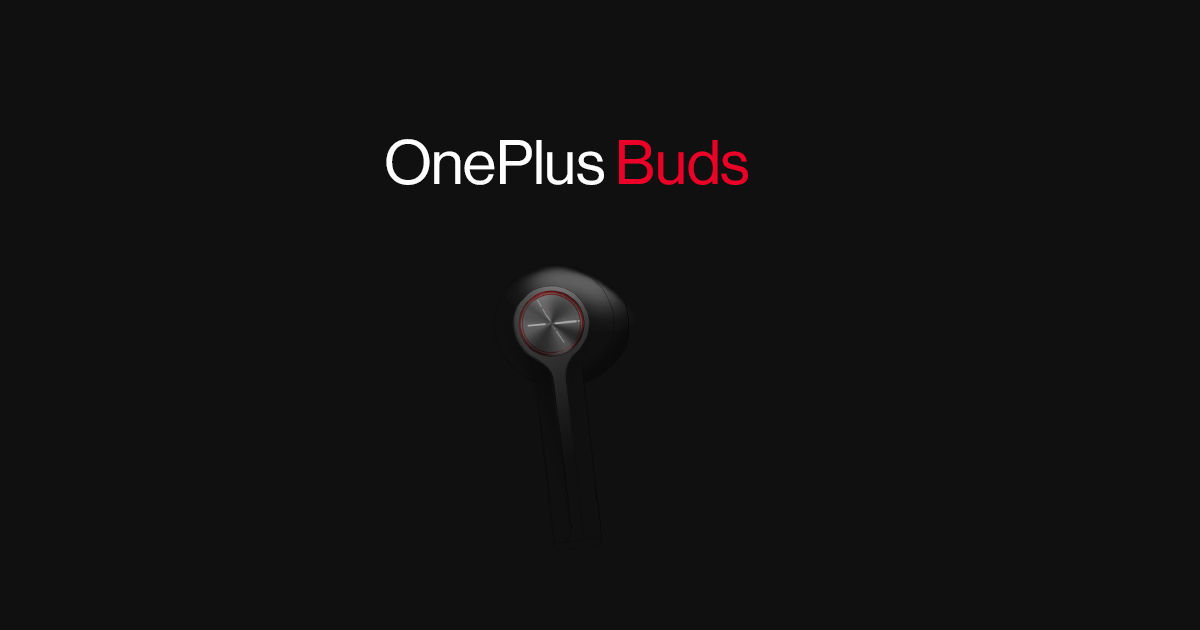 OnePlus has confirmed that its upcoming truly wireless earbuds, called OnePlus Buds, will deliver an impressive 30 hours of music playback on a single charge. The TWS earphone are scheduled to launch in India on July 21st alongside the OnePlus Nord. OnePlus reveals in a forum post that each earbuds will deliver 7 hours of battery and can be charged more than three times by the charging case before the case needs to be charged again. This sounds quite impressive as most TWS earbuds, including the Apple AirPods and Samsung Galaxy Buds+, promise about 22 to 24 hours of battery life.

Additionally, the OnePlus Buds earphones are said to weigh at just 4.6 grams, while the case alone will be 36 grams. OnePlus claims that the earphones will have an “ergonomic design” giving a comfortable fit to the user. The OnePlus Buds will have a long stem and in-ear design with a red circular accent on the surface. Apart from a standard Black colour option, the TWS earphones may also come in a Teal colour (like the OnePlus Nord), which the company’s co-founder Carl Pei teased in a video interview with tech YouTuber Marques Browlee.

Lastly, the post says that the OnePlus Buds will have a ‘deeper optimisation’ for OnePlus phones such as low-latency mode for gaming. Rumours, meanwhile, suggest that the earphones will ship with a compact charging case with an LED light-up front and some sort of fast charging tech. That’s all the information we can divulge at the moment. The OnePlus Buds price in India will be revealed on July 21st.