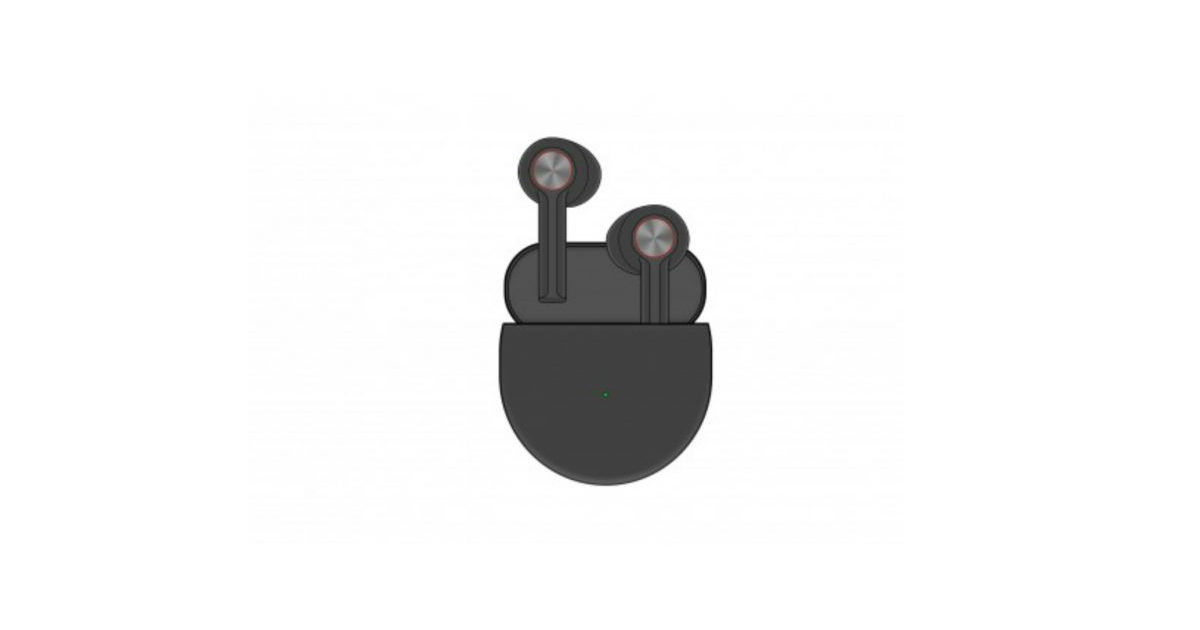 OnePlus is said to be working on its first-ever truly wireless earphones, dubbed OnePlus Buds, and expected to launch them sometime later this month. The recent renders showed off they will have an in-ear design. Now, a pair of OnePlus wireless earphones have been spotted on the SGS Fimko certification platform. While they don’t explicitly mention OnePlus Buds, they’re the only OnePlus earphones actively in the works. The listing reveals OnePlus ‘Wireless Bluetooth Earphones’ bear model number E501A. Unfortunately, not much else is known about the OnePlus Buds at the moment. 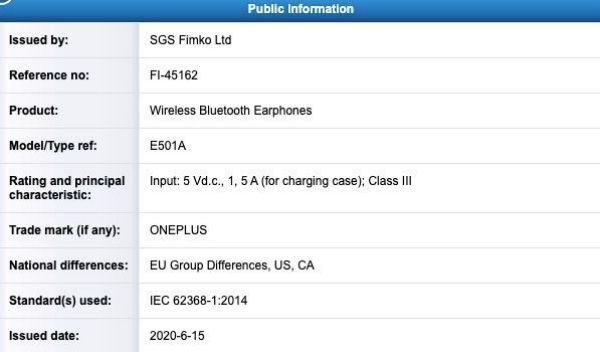 Separately, another tip that MySmartPrice received from a source clearly mentions OnePlus Buds moniker with the same model number. It shows the input and output power of the charger – a 7.5W input (from USB cable) and a 1.56W output (to earbuds). This means the OnePlus Buds may have 7.5W charging support.

Furthermore, the design of the OnePlus Buds charging case is reminiscent of Google’s Pixel Buds with an LED light to indicate charging status. The earbuds are tipped to feature an in-ear style design for better comfort and fit in-ears. While the certification serves as a confirmation of their existence, there’s still no clarity on when they would launch. OnePlus Nord is scheduled to debut on July 21st, so there is a possibility the OnePlus Buds might launch on the same stage. We should know more details going forward.