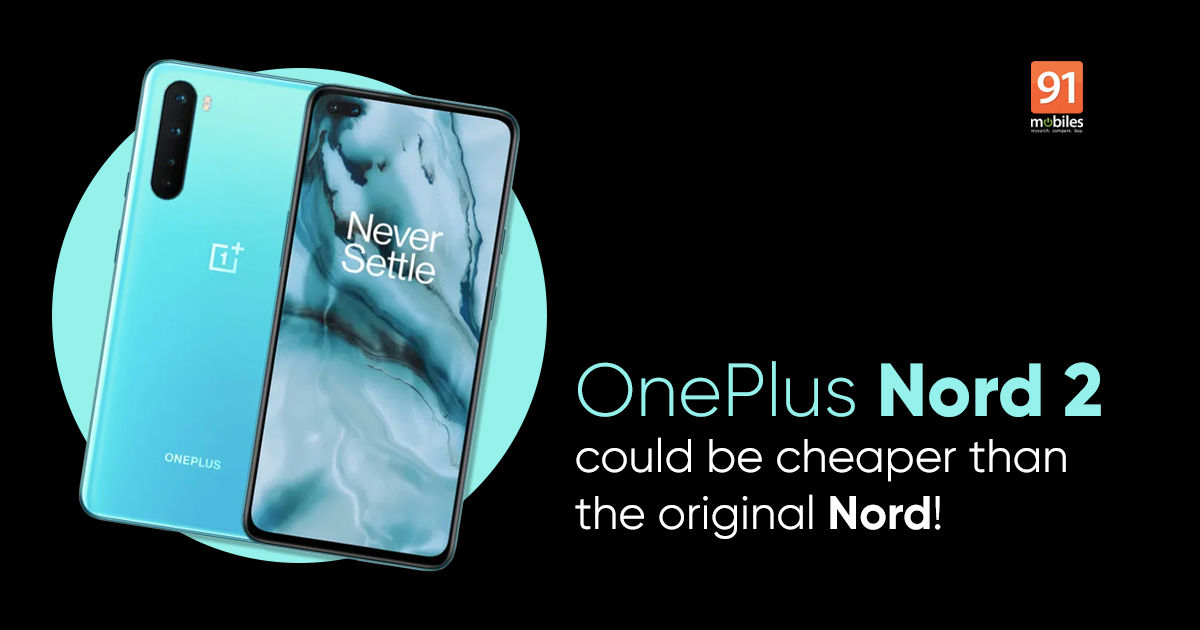 We know OnePlus is working on a Dimensity 1200-powered smartphone, which is widely believed to be called the OnePlus Nord 2. This smartphone is rumoured to launch in July and India is one of the markets that will see the device. Now, a new tip from the well-known tipster Digital Chat Station gives us some more information about the upcoming OnePlus phone. In addition to the chipset, the tipster reveals key design details as well as the possible OnePlus Nord 2 price in China. Here’s a quick look at what the tipster revealed about the OnePlus Dimensity 1200 phone.

As per Digital Chat Station, the OnePlus Dimensity 1200 phone will offer an attractive design, with a corner punch-hole camera and a good screen-to-body ratio. So expect minimal bezels around the display The main camera is a Sony IMX766 sensor, much like the OnePlus 9 series. The tipster claims compared to the OnePlus 9 Pro, the lower right lens is replaced with a LED flash while the module itself hasn’t changed.

The OnePlus Nord 2 price is tipped to be around CNY 2,000 (approx Rs 22,300). This suggests the phone could be priced similarly to the original Nord. To recall, the Oneplus Nord was launched in India at a starting price of Rs 24,999. Based on the latest leak, the upcoming OnePlus Nord 2 will look similar to the OnePlus 9 series and will come with an affordable price tag.

Ahead of the OnePlus Nord 2, the company will be launching the OnePlus Nord CE 5G in India. The smartphone is set to launch on June 10th and features the Snapdragon 750G SoC, 90Hz AMOLED display, 64MP triple cameras, and 30W fast charging, among other things. The Nord CE 5G price in India is tipped to be around Rs 22,999 or lower.