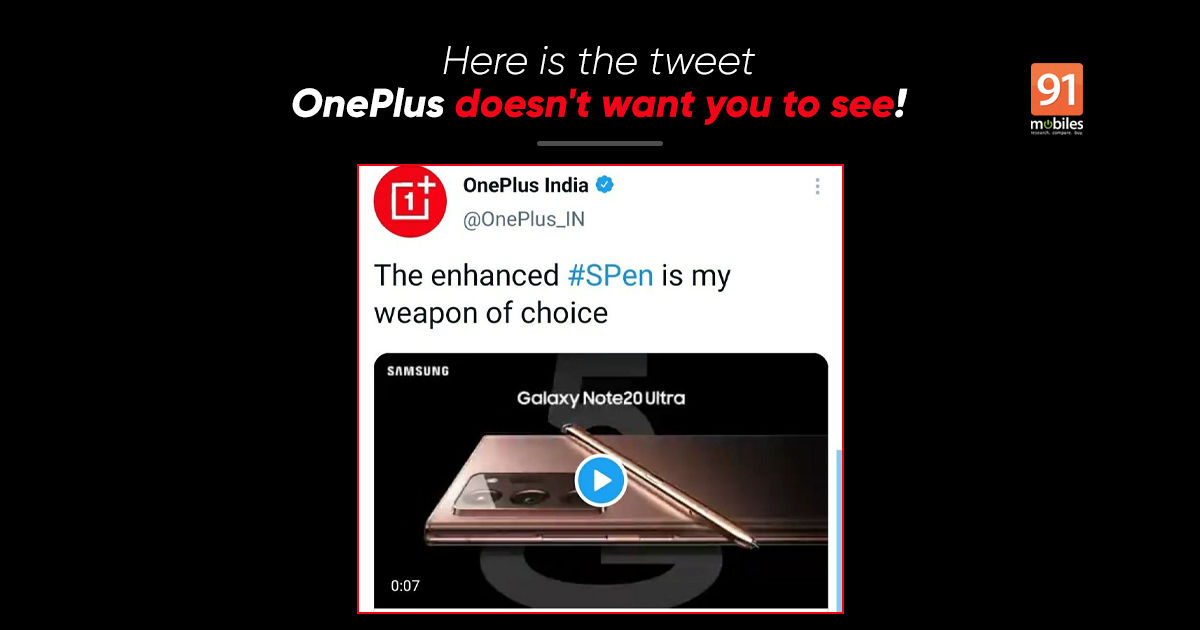 Smartphone brands are usually very active on social media platforms such as Facebook and Twitter. These companies put out a lot of posts promoting their products. However, it rarely happens that their social media posts have any mistakes. Well, on the contrary, OnePlus has made a big goof-up today. The brand has made a tweet from the official Twitter account of OnePlus India promoting the S-Pen of the Samsung Galaxy Note 20 Ultra. The tweet read “The enhanced #SPen is my weapon of choice.” The company quickly took down the post but not before people took screenshots of it and posted them on social media. 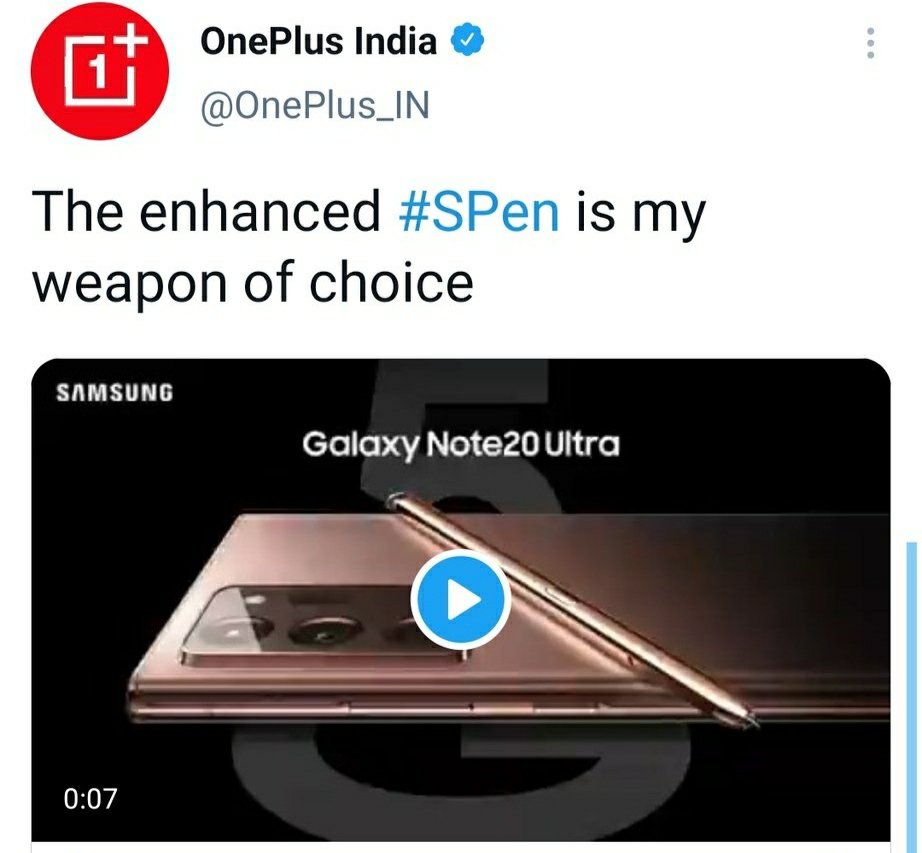 OnePlus promotes a Samsung phone instead of Nord 2!

So, how did this happen? Well, the only logical explanation is that the agency which manages the social media accounts of OnePlus and Samsung is the same. Before you ask, yes, most brands usually appoint an agency to handle their social media accounts. It is possible that the social media managing agency might have forgotten to switch accounts before posting the tweet. It is also possible that an angry employee at OnePlus promoted the Samsung Galaxy Note 20 Ultra just to take revenge! But come on, that is a rare possibility. Although this is most likely an accident, it definitely gave people a good reason to laugh at the brand.

OnePlus too is taking this whole incident in jest as it later posted another tweet asking Samsung to promote the upcoming OnePlus Nord 2.

You’re welcome @SamsungMobile. If you wanna send an “accidental” tweet for the Nord 2, we’d be cool with it ðŸ¤—

OnePlus is already getting roasted for limiting the OnePlus 9 performance

OnePlus has made this blunder mistake right around the time when it is being heavily criticised on social media platforms for limiting the performance of the OnePlus 9 series smartphones. For those who are unaware, it recently came to light that the Snapdragon 888 SoC in the OnePlus 9 smartphone isn’t running at its full potential in almost all popular applications. The brand has accepted that it has limited the performance of these smartphones. In its defence, OnePlus says that the brand has taken this step to improve the battery life and solve the heating issues in the OnePlus 9 and the OnePlus 9 Pro.