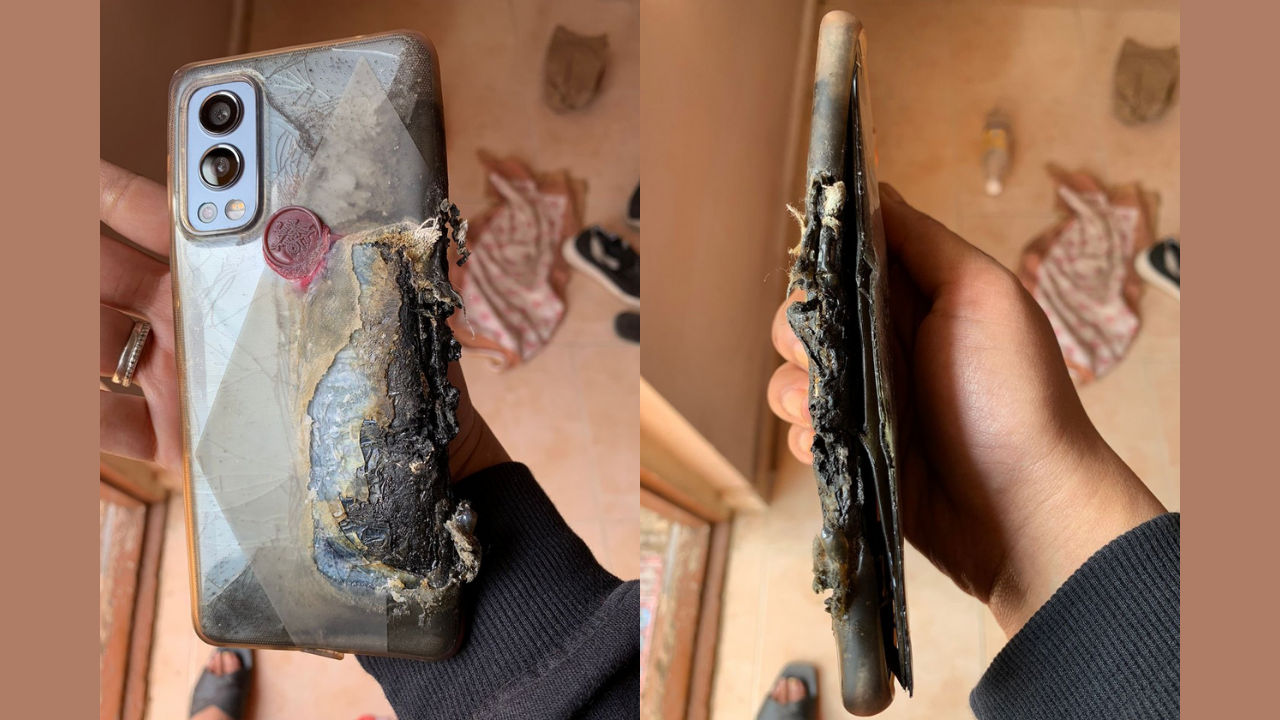 Earlier this week, yet another OnePlus Nord 2 unit burst into flames. The incident caused severe burns to the victim’s torso. This is not the first time we have heard about a Nord 2 device exploding. 91mobiles reached out to OnePlus for a statement regarding the statement. The company said, “We take such incidents seriously. Our team has already reached out to the user and we are in the process of collecting the details to investigate this further.” Now, OnePlus India has provided more information regarding the matter.

As per a MySmartPrice report, OnePlus India collected the burnt Nord 2 from the user. The device has reportedly been sent to the Pune service centre for further investigation. Meanwhile, OnePlus’ India operational head is said to be constantly in touch with the victim for help. The victim told the publication that the OnePlus refunded the amount and assured the victim that the company will take care of medical expenses.

@OnePlus_IN Never expected this from you #OnePlusNord2Blast see what your product have done. Please be prepared for the consequences. Stop playing with peoples life. Because of you that boy is suffering contact asap. pic.twitter.com/5Wi9YCbnj8

The issue seems to be very concerning as it is the second time report of Nord 2 bursting into the flames since its launch. A few months ago, a Nord 2 exploded in a Delhi-based lawyer’s robe. In that case, OnePlus asked the customer to hand over the device for further investigation; however, the victim refused to submit the device to the company. Later, OnePlus called the lawyer’s claim “disparaging” and “defamatory,” sending the lawyer a cease and desist notice.