91mobiles.com
Home Comparisons OnePlus Nord 2 CE: how different will it be from OnePlus Nord... 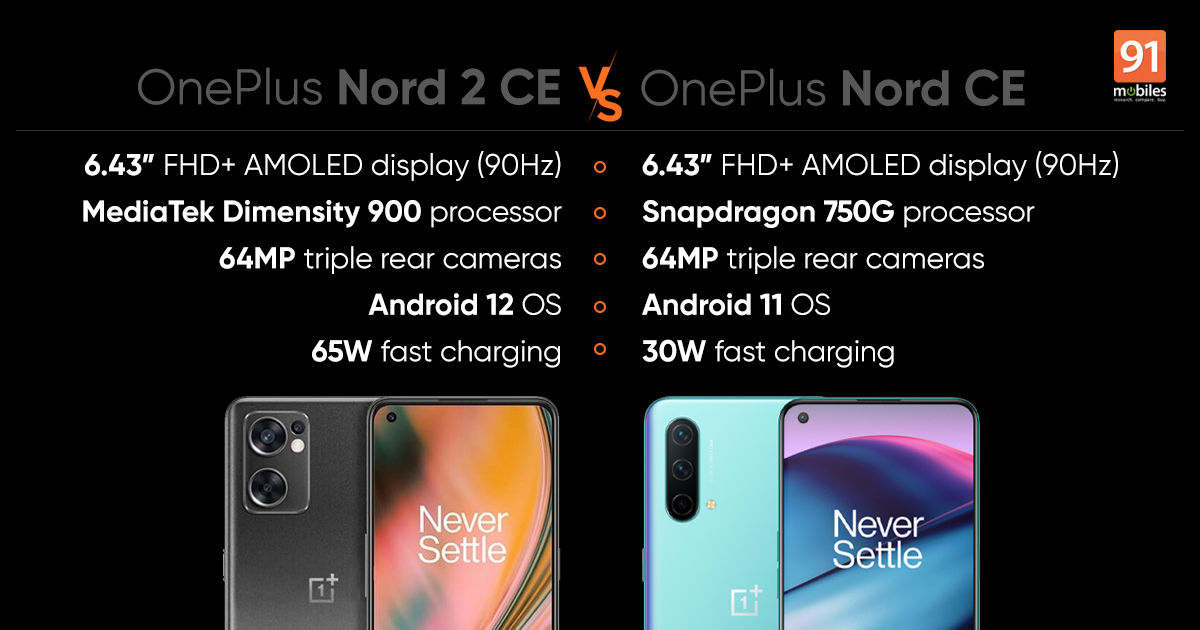 OnePlus Nord 2 CE is slated as the successor to the already popular budget smartphone, the OnePlus Nord CE. 91mobiles had exclusively shared the renders revealing the design and its complete specifications. Since the original Nord CE goes up for sale for Rs 23,000 in the market, the upcoming OnePlus Nord 2 CE price in India is expected to be upwards of Rs 25,000 as it will bring improved hardware. The success of the Nord 2 has forced the brand to innovate and control the pricing. While we’re yet to learn about the OnePlus Nord 2 CE launch date in Indai, we know that is likely to arrive in the first quarter of 2022.

We take a look at how the OnePlus Nord 2 CE compares to the Nord CE, based on everything we know so far. Let’s find out.

In terms of design, the OnePlus Nord CE followed the language of the original Nord. With a punch-hole cut out on one corner and a vertical camera module on the rear. The phone had a typical candy bar style form factor with the construction done totally in plastic. This is about to be changed on the Nord 2 CE. As it’s clear from the naming, this new phone will follow in the footsteps of Nord 2, which the renders point to as well. 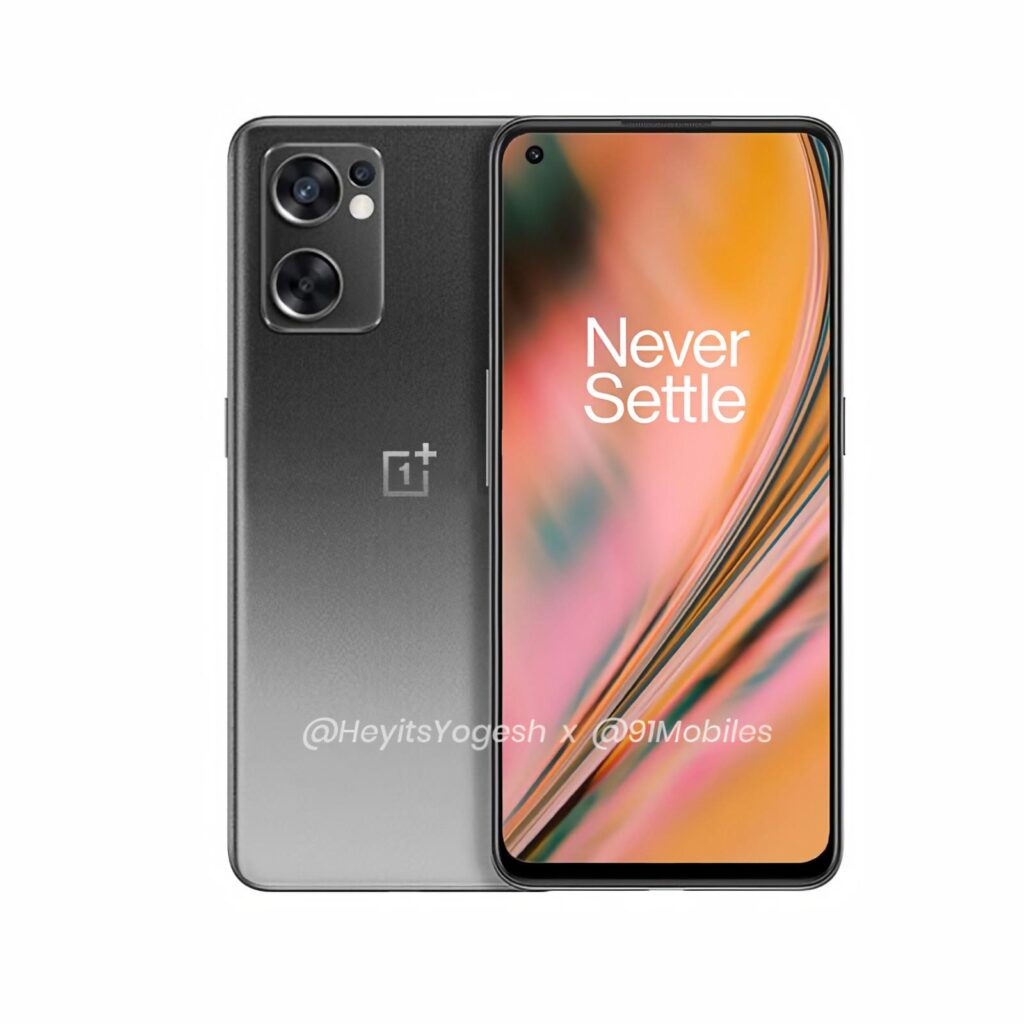 Talking about the materials, the Nord 2 CE will sport a plastic frame but glass on the back, just like Nord 2. The front panel on both the phones virtually looks the same, with chunky bezels and a punch-hole on top that houses the front camera. While the camera strip on the Nord CE had all the three sensors lined up, the Nord 2 CE has a different approach. We are so far liking the design on the Nord 2 CE, which feels more polished and up to standards.

On the other hand, the OnePlus Nord 2 CE is slated to come powered with the MediaTek Dimensity 900 5G SoC. The phone is also to come in three options with up to 12GB of LPDDR4X RAM and 256GB of UFS 2.2. An expandable microSD card slot could be making a comeback on this phone which is appreciated. Though OnePlus Nord CE came out with Android 11 out of the box, the next iterations are likely to run on Android 12 OS with OxygenOS 12 custom skin out of the box. 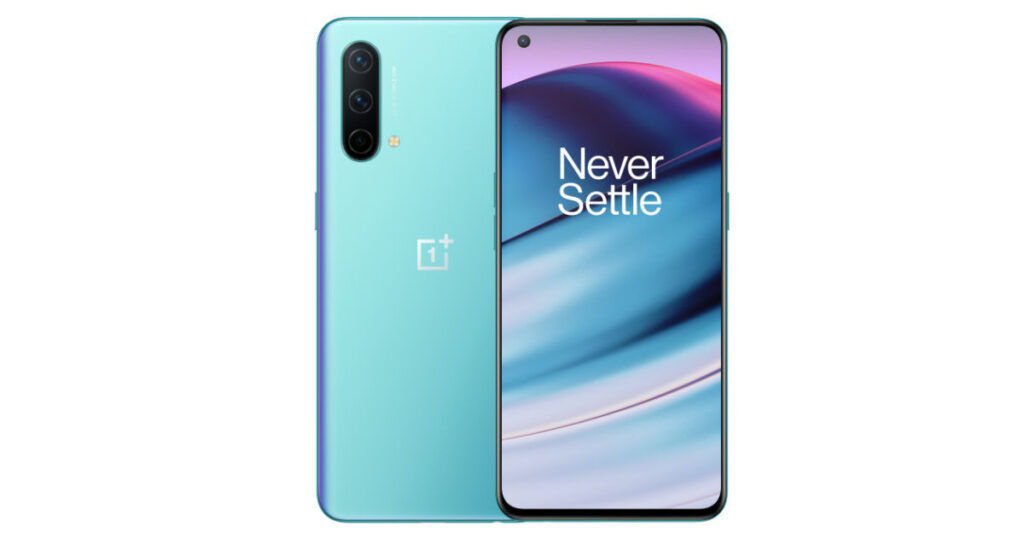 There are virtually no changes done in this regard. The OnePlus Nord CE comes with a 6.43-inch Full HD+ AMOLED panel with a 90Hz refresh rate and sure enough, the OnePlus Nord 2 CE will also sport the same display. While we would have liked the brand to use a better panel with up to 120Hz refresh rate, it seems this feature is being kept only for flagships.

Just like the display, the camera is also another area where the brand is sticking to older material as per the information that has surfaced. Like Nord CE, the Nord 2 CE will feature a triple camera setup on the rear with the main 64MP sensor, an 8MP ultra-wide-angle lens, and a 2MP macro sensor. The selfies will be taken care of by a 16MP sensor tucked away in the punch-hole.

This new iteration of the Nord CE is also being tipped to come with a rather decent 4,500mAh battery. What is changed is the charging tech. The Nord CE comes with support for the company’s 30W Warp charging, the Nord 2 CE will come with support for 65W Warp charging. This will be a significant update looking at how other smartphones in this price segment do come with similar charging speeds.