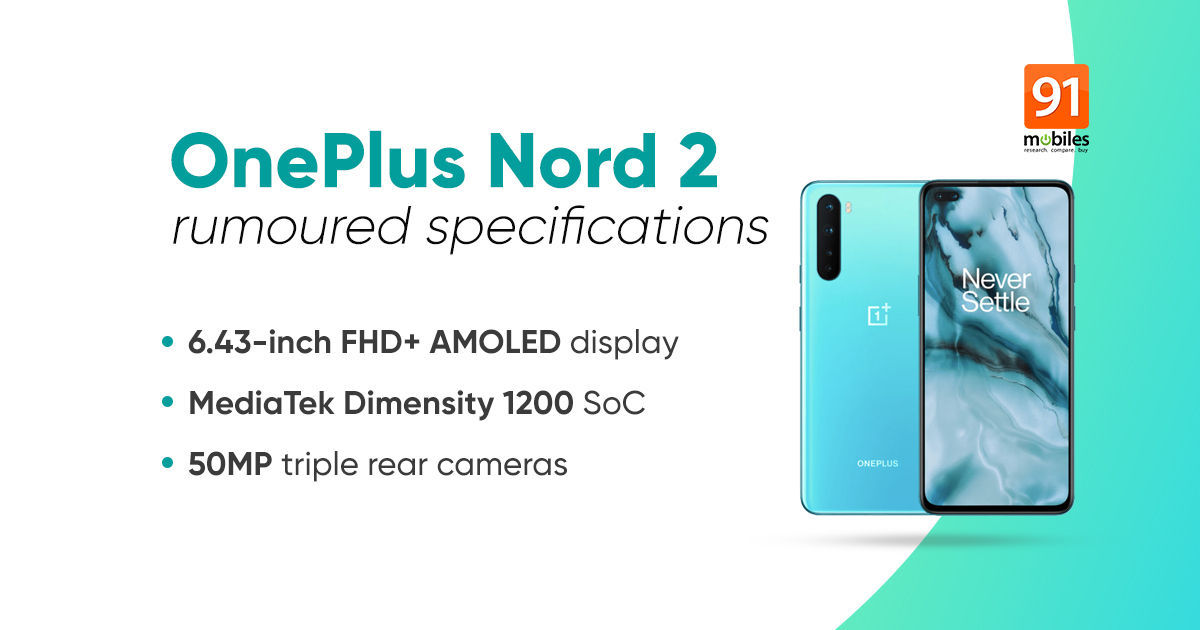 So yes, OnePlus Nord 2 will indeed run on the MediaTek Dimensity 1200 processor. Have spotted the 8GB RAM variant of the device on the AI Benchmarking platform.
Feel free to retweet.#OnePlus #OnePlusNord2 pic.twitter.com/UhWhISPEii

Yes, the OnePlus Nord 2 is a 5G phone thanks to the Dimensity 1200 chipset. The processor is mention next to the phone in the AI Benchmark screenshot shared by Sharma. The screenshot also confirms the phone will come with 8GB RAM. We also see some scores listed in comparison to the Galaxy S21 Ultra and S21+ that are running the Exynos 2100. While this is all we get from the listing, we have more to tell about the upcoming Nord.

We received a tip earlier this month on the OnePlus Nord 2 specs courtesy of tipster OnLeaks. In addition to the Dimensity 1200 chipset and up to 12GB RAM, we learned that the phone features a 6.43-inch FHD+ AMOLED display with a 90Hz refresh rate and an in-display fingerprint sensor. The handset offers a triple rear camera system that includes a 50MP primary sensor, an 8MP camera, and a 2MP sensor. At the front, the phone gets a 32MP front-facing camera for selfies. OnePlus Nord 2 packs a 4,500mAh battery and is expected to support 30W or 65W fast charging.

OnePlus Nord 2 price in India is tipped to be around Rs 22,500, but we expect the pricing to be higher considering the company just launched the Nord CE 5G at Rs 22,999. The Nord 2 should fall under Rs 30,000 and we expect the launch to happen in July.