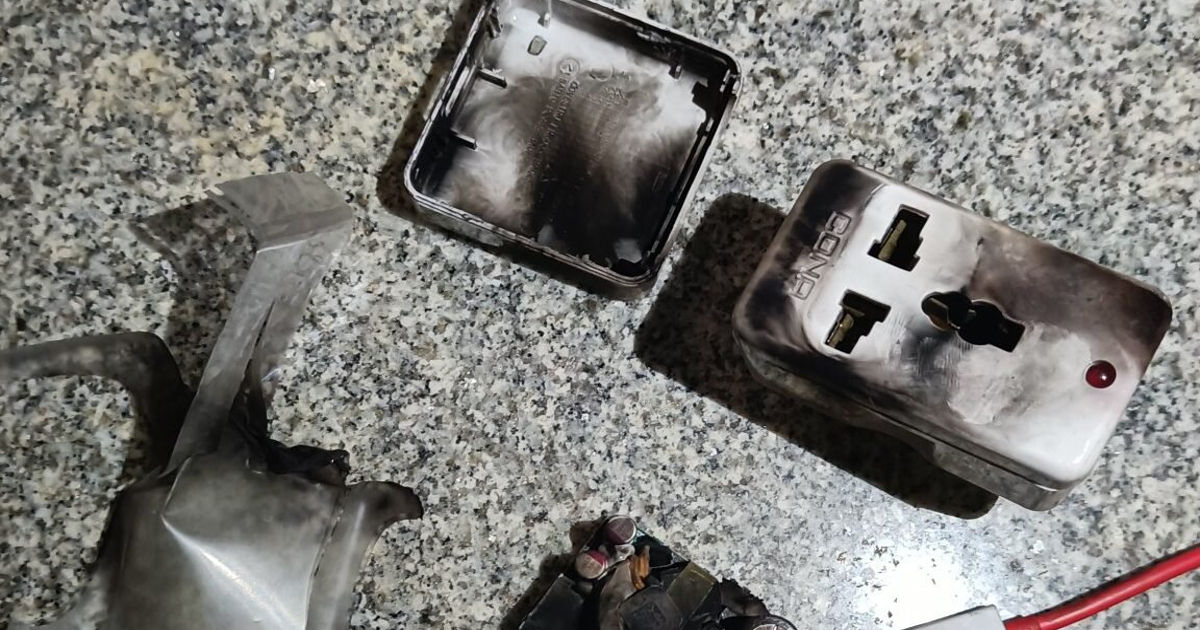 OnePlus Nord 2 has surrounded itself in quite a few controversies since its launch. There have been a few reports of the handset catching fire. While some of them turned out to be fake, others have been termed as customer induced damage. Now, in an interesting turn of events, a OnePlus Nord 2 Warp charger has exploded just minutes after it was plugged into the socket to charge the phone. The incident reportedly happened in Kerala and the victim is Jimmy Jose (@The Glitchhhh). Apparently, the explosion happened during a rainstorm and it damaged the charger and the socket. Fortunately, no one was hurt during the incident and the phone wasn’t affected.

I wanted to get this to your immediate attention. My OnePlus Nord 2 warp charger blasted with a huge sound and it blew up the socket. Luckily I'm alive to make this tweet. The Nord 2 is working. but this is scary af. I'm still in shock😐@OnePlus_IN @oneplus @OnePlus_Support pic.twitter.com/K3fXCyGzNp

OnePlus has acknowledged the issue and has advised the owner to visit a customer care centre. Upon visiting the care centre, the service technician examined the charger and reached a conclusion the explosion has occurred due to voltage fluctuation. However, OnePlus had offered a replacement charger unit to the user but said that it’s important that users adhere to safety precautions and warnings detailed in the products’ user manuals.

Responding to the incident, OnePlus in an emailed statement to Gadgets 360 has said, “We take any claim like this very seriously. The user has handed over the damaged OnePlus Charger to our service centre and has been offered a replacement. OnePlus chargers contain built-in capacitors which control and store energy. In this case, after a thorough analysis, the capacitors have remained intact concluding that the blast has been caused by external factors such as voltage fluctuations.”