Home Feature OnePlus Nord 2 is out, so here is our wishlist for OnePlus... 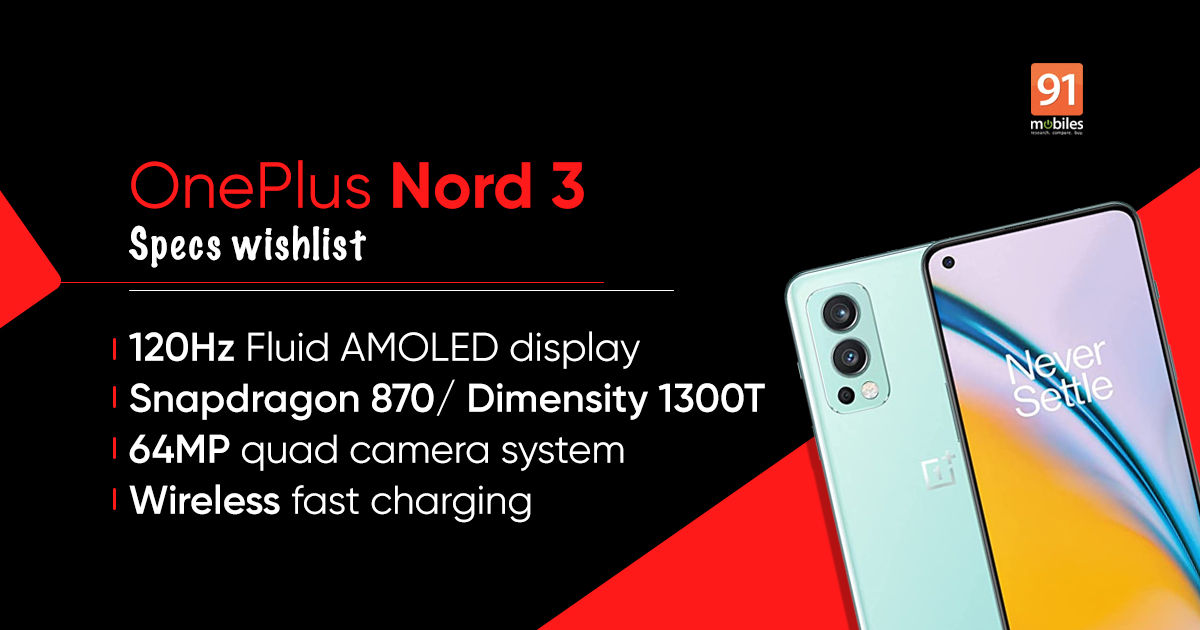 OnePlus entered the bustling smartphone market a few years ago with affordable flagships to “kill” pricier flagships from the likes of Samsung and Apple. Phones in OnePlus’ main number series were priced around Rs 30,000 at a time but we now have the OnePlus 9 and 9 Pro priced around Rs 50,000 and higher. It’s no wonder the OnePlus Nord series has our attention. While not “flagship killers” per se, the OnePlus Nord and OnePlus Nord 2 piqued our interest because they gave fans what they wanted – affordable OnePlus phones that are actually good.

The OnePlus Nord 2 launched in India last month with some pretty impressive upgrades over its predecessor. It offers a 90Hz Fluid AMOLED display and is powered by the MediaTek Dimensity 1200 5G chipset. It also gets a 50MP primary camera, which is present on the pricier OnePlus 9. Lastly, The Nord 2 supports 65W fast charging, a significant bump from 30W on the original Nord. So where does The Nord series go from here? We at 91mobiles have put together a wishlist of features we expect to see from the OnePlus Nord 3.

OnePlus Nord 3’s design can be a little more refined

We liked the look of the OnePlus Nord 2. The company did a fine job in offering a premium design by making the phone look similar to the OnePlus 9 and adding Gorilla Glass 5 on the front and back. The Nord 3 will likely not look similar but OnePlus can refine the design further by making it slimmer, lighter, and more durable. The bezels around the display can be reduced further and we would like to see the hole-punch camera smaller, possibly even under the display if the technology becomes cost-effective by then.

Cranking the refresh rate up to 120Hz

Okay, this is probably the most obvious next upgrade to expect. The Nord 2 comes with a 90Hz display, so it seems only natural that the OnePlus Nord 3 should offer up to 120Hz. The OnePlus 9 and 9R phones come with 120Hz displays and you can bet OnePlus will want to bring 120Hz displays to its more affordable Nord phones sooner or later.

The chipset will obviously see an upgrade by the time OnePlus is ready to launch the Nord 3. There are two options for the brand – it can either go with MediaTek’s flagship Dimensity chipset or Qualcomm’s affordable flagship SoC. Since the Nord 2 is powered by the Dimensity 1200, we may see the Nord 3 feature its successor, which could be the Dimensity 1300 or Dimensity 1400. If OnePlus goes with Qualcomm, we want to see the Nord 3 use a flagship-tier chipset like the Snapdragon 870. This processor powers the OnePlus 9R and we could see it used on more affordable OnePlus phones going forward.

The OnePlus Nord 2 is a tremendous improvement over its predecessor with respect to photography. The 50MP Sony IMX766 sensor that is on the OnePlus 9 is also the Nord 2, which means you’re getting a flagship-grade camera, more or less. The next logical progression seems to be a 64MP quad-camera system, although OnePlus can choose to use the same 50MP camera and we would be happy. While the Nord 2 nails daylight photography, low light shots leave you wanting more. This is where the OnePlus Nord 3 can really improve on. OnePlus needs to improve its AI computational algorithms to improve night photography if the Nord 3 has to one-up the Nord 2. 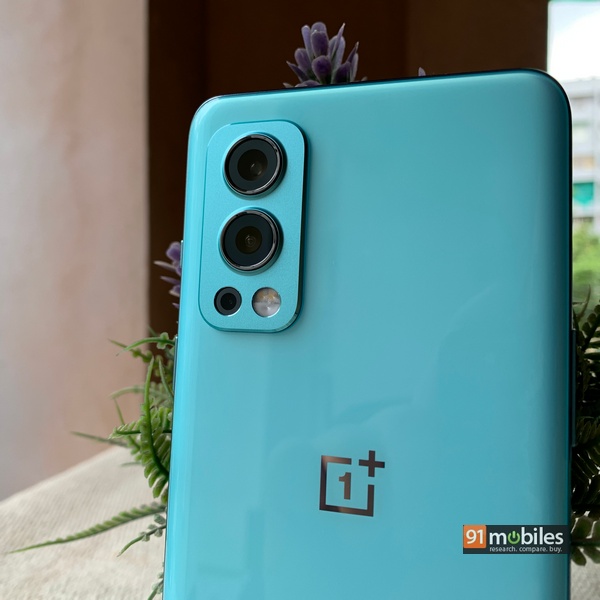 The original OnePlus Nord came with 30W fast charging, while the Nord 2 more than doubled that to 65W. While we would love to see the OnePlus Nord 3 take it to 120W, OnePlus doesn’t offer this solution yet. Its flagship OnePlus 9 Pro maxes out at 65W as well. So, we feel the Nord 3 will continue to support 65W fast charging. However, what we would like OnePlus to do is bring wireless charging support to the Nord series. The brand offers up to 50W fast wireless charging support and the Nord 3 could offer this technology next year if OnePlus wants to democratise wireless charging.