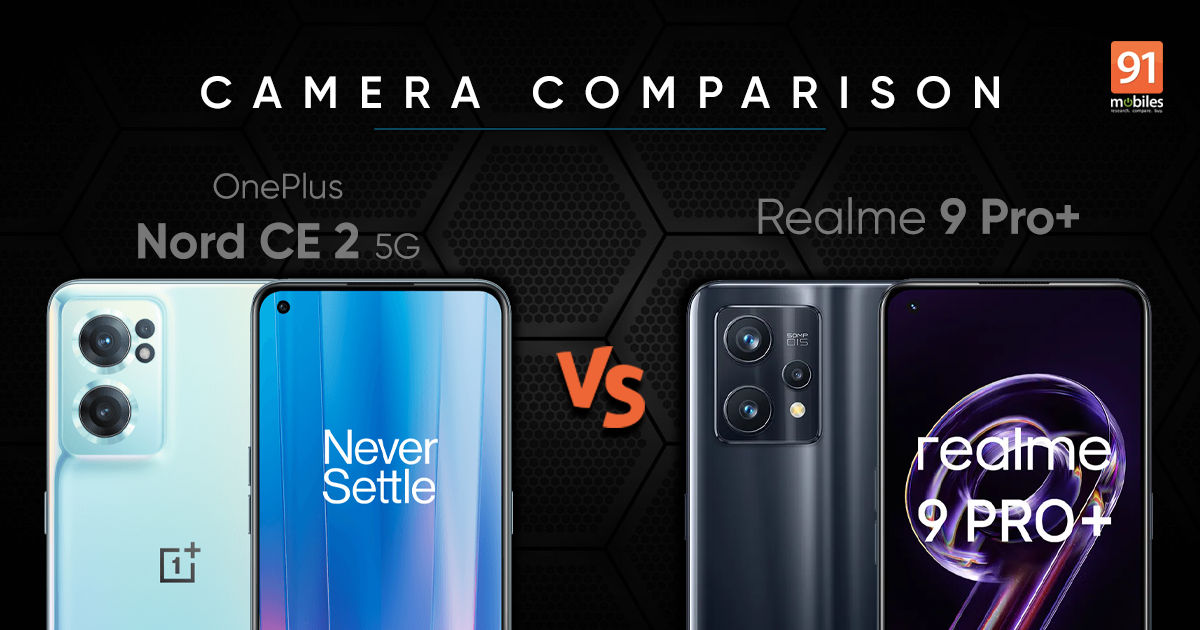 At the moment, the Indian smartphone market is flush with enticing smartphones that won’t burn a hole in your wallet. I say this because following Realme and Xiaomi’s footsteps, tech giant OnePlus recently unveiled a brand-new, sub Rs 25K smartphone as well. Dubbed the OnePlus Nord CE 2 5G, the device comes toting a handful of standout features, including a capable camera stack that promises remarkable photos, come night or day. 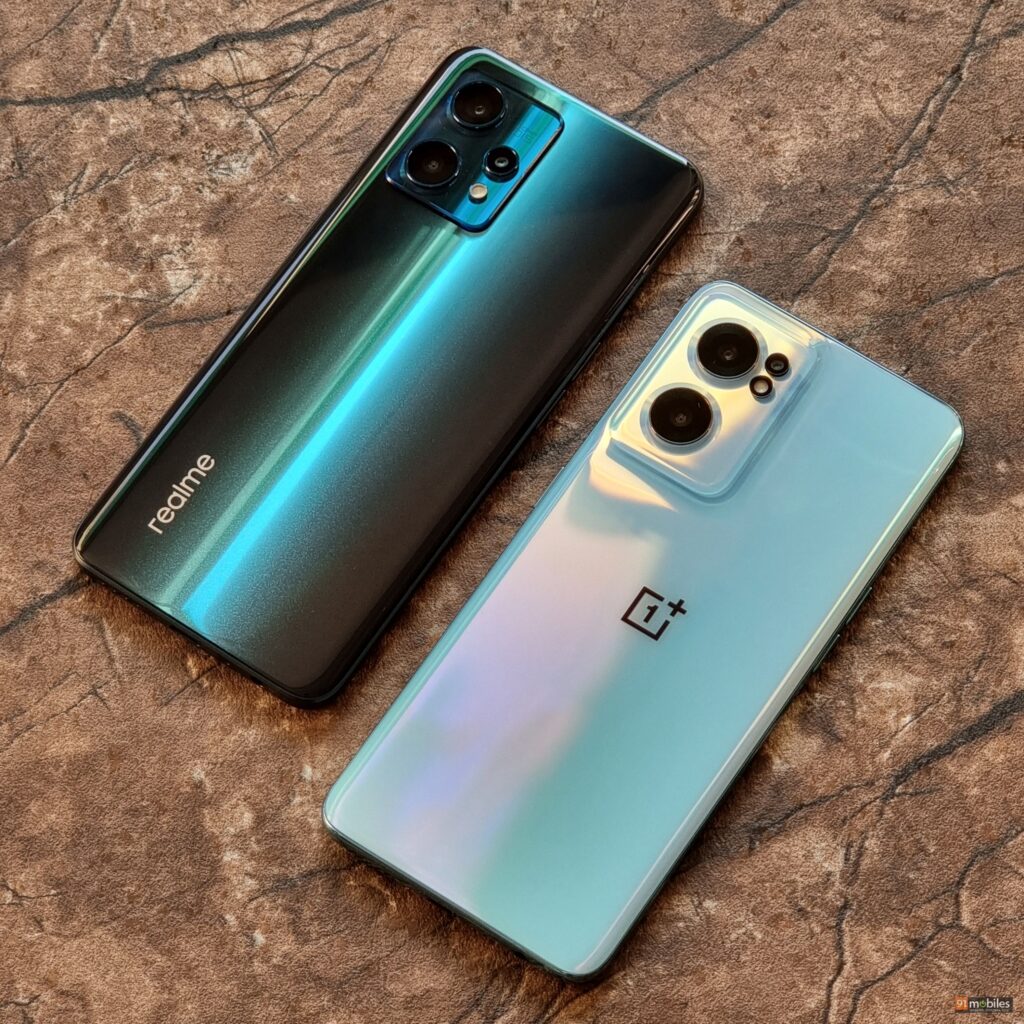 So, how does OnePlus’ latest stack up against the similarly-priced Realme 9 Pro+ (review) which, for the uninitiated, wowed us with its camera capabilities? Well, let’s find out, shall we?

I won’t beat around the bush at all — during the day, the Realme 9 Pro+ and the OnePlus Nord CE 2 5G click comparable photos. Having said that, time and again, I noticed that the Nord CE 2 5G would offer superior dynamic range in the shots and correspondingly, the handset would resolve shadows better. What’s more, the Nord CE 2 5G’s primary sensor reciprocates colours more authentically too. Be that as it may, only discerning viewers will be able to spot the aforementioned differences between the photos taken from the two phones. 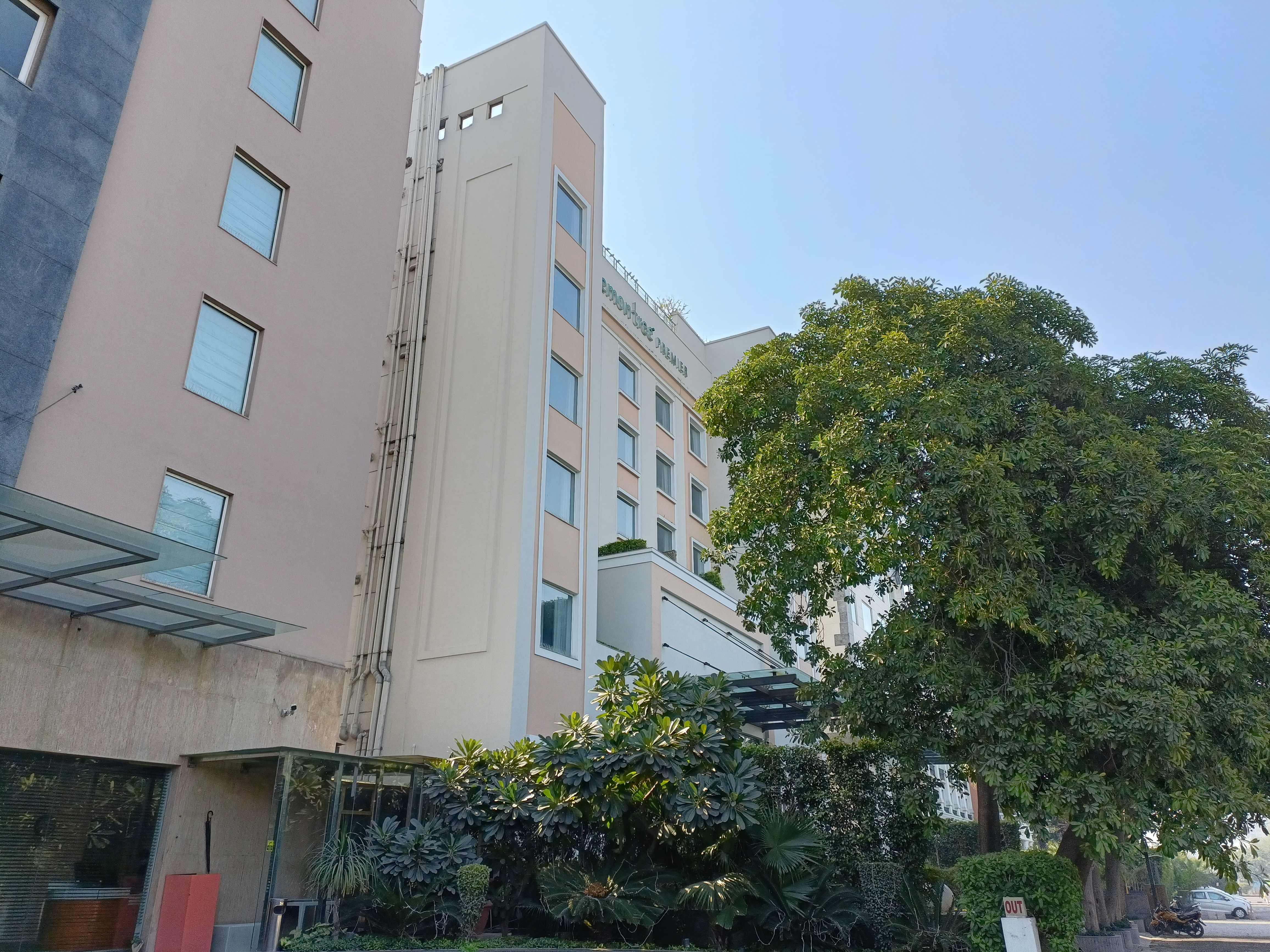 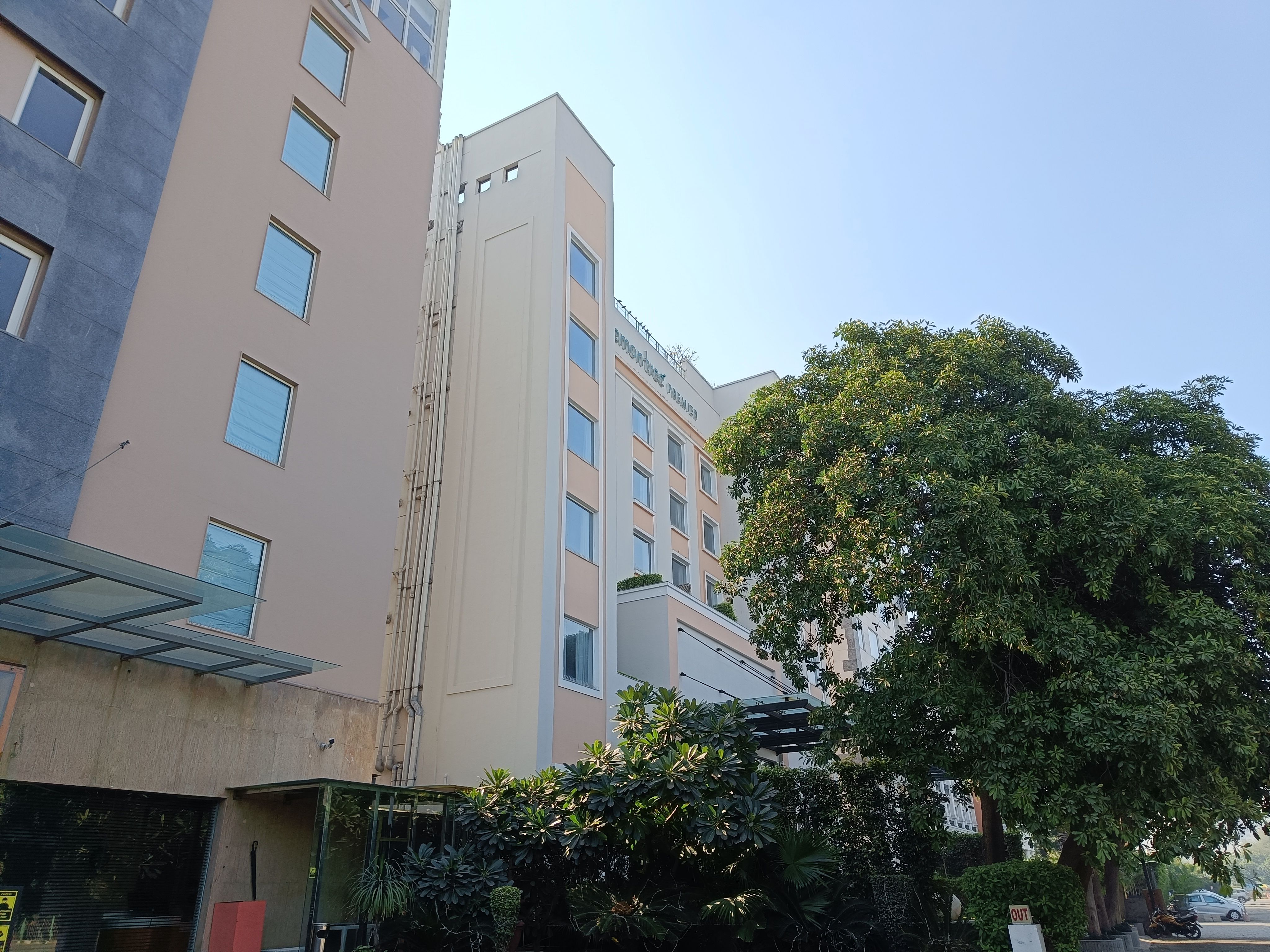 As an example, in the first comparison shot, the bushes near the ‘Out’ marker adjacent to the hotel’s entrance offer superior visibility on the OnePlus Nord CE 2 5G’s photo. On the flip side, the Realme 9 Pro+ outputs a contrast-y image that darkens the area around the shrubs. Having said that, in an attempt to bring out the shadows, the Nord CE 2 5G does introduce some noise in the frame. However, the same is perceptible only if you zoom in into the photos. 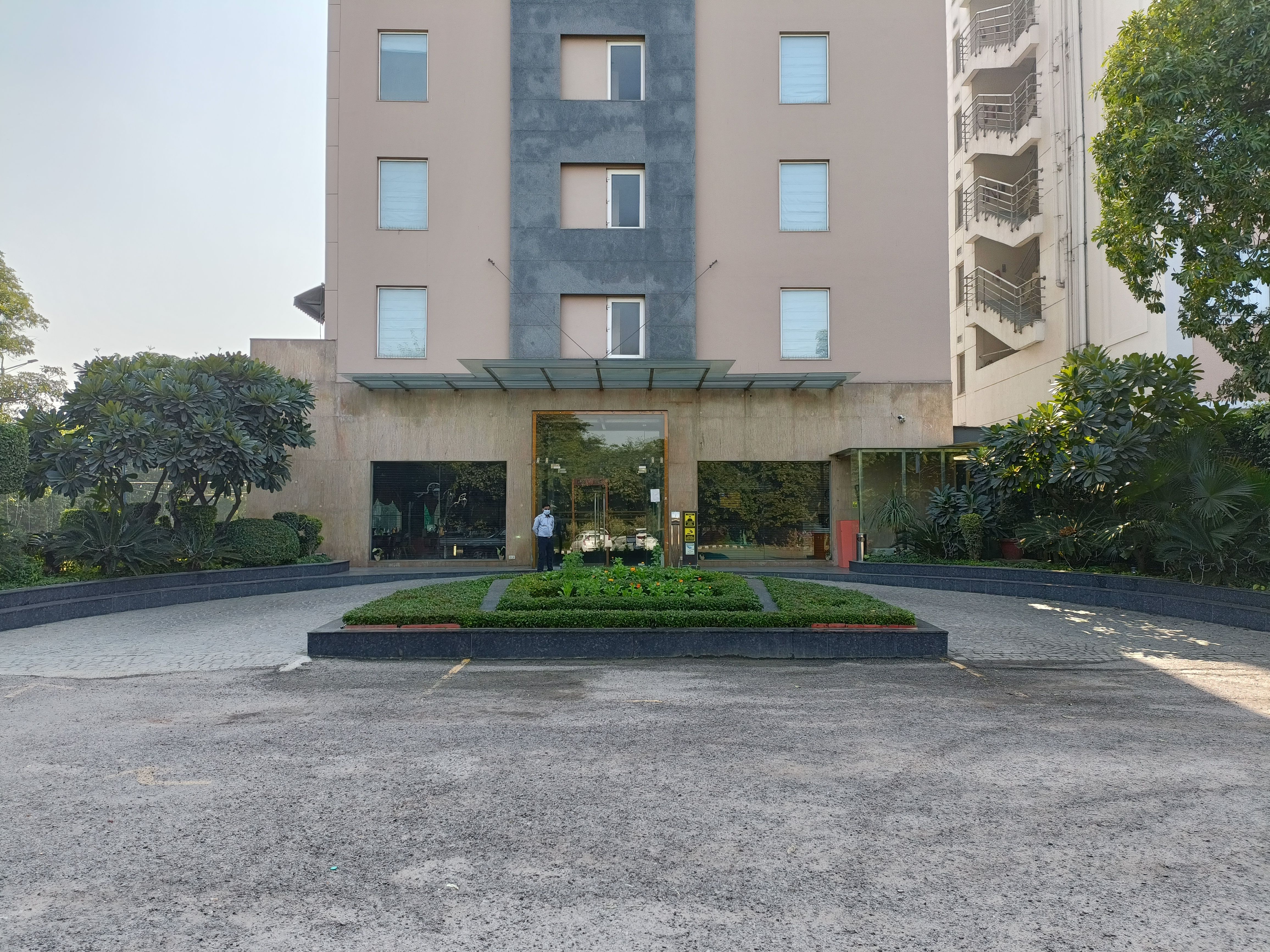 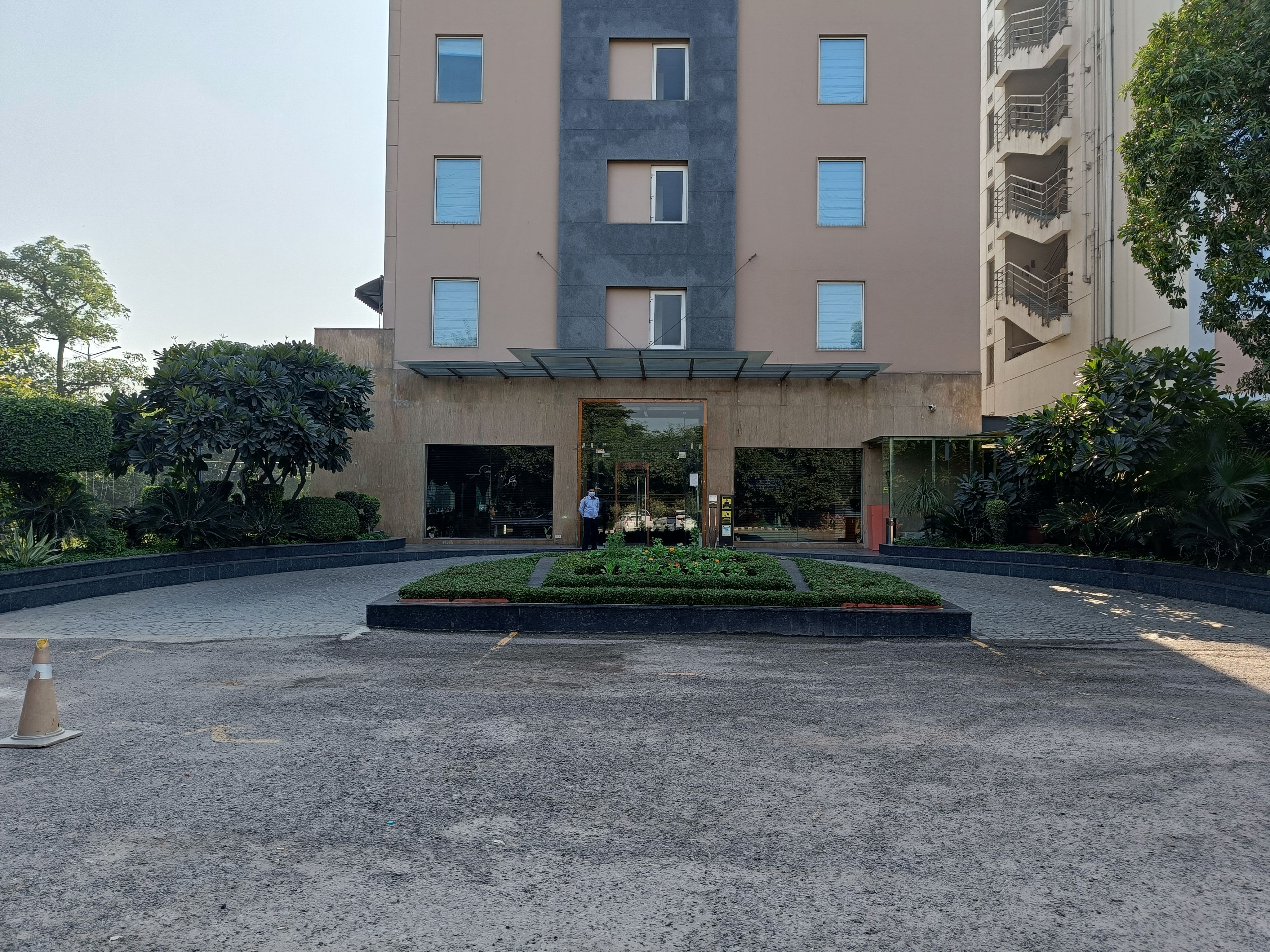 Here’s another example — in this next comparison photo, you’ll notice that the Nord CE 2 5G’s photo appears more lively, and for good reason. If you pan your attention towards the bushes enveloping the entrance, then you’ll notice a healthy amount of green in the leaves. On the other hand, the Realme 9 Pro+ shot appears darkened and the composition looks a tad gloomy. What’s more, the red flower pot positioned underneath the bushes is barely visible in the 9 Pro+ shot, whereas viewers can comfortably spot the same in the Nord CE 2 5G’s photo. Again, both the images are neck and neck in terms of details, as well as sharpness – be it around the centre of the frame, or towards the edges of the composition. However, the Nord CE 2 5G’s dynamic range is a tad more refined. 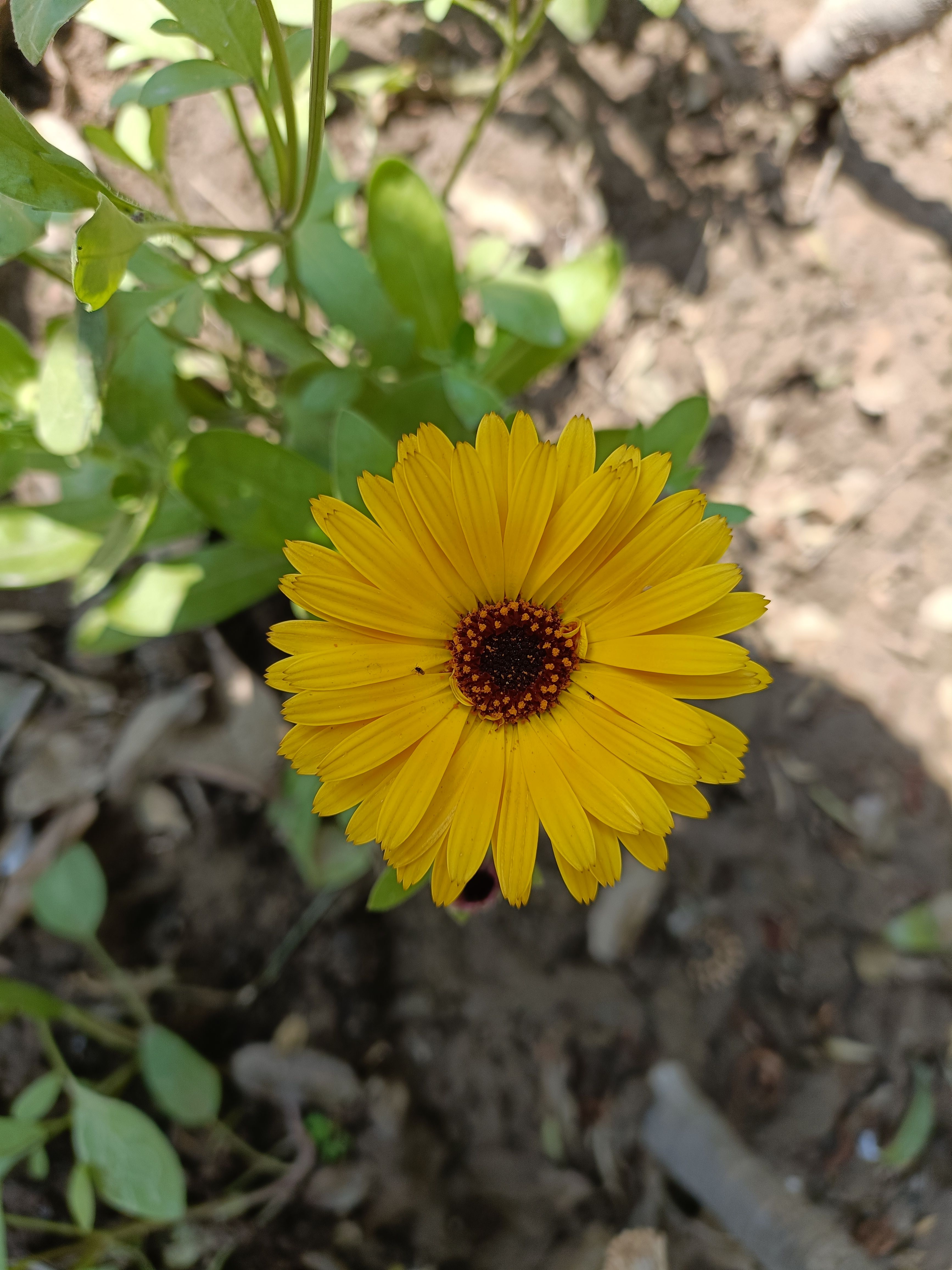 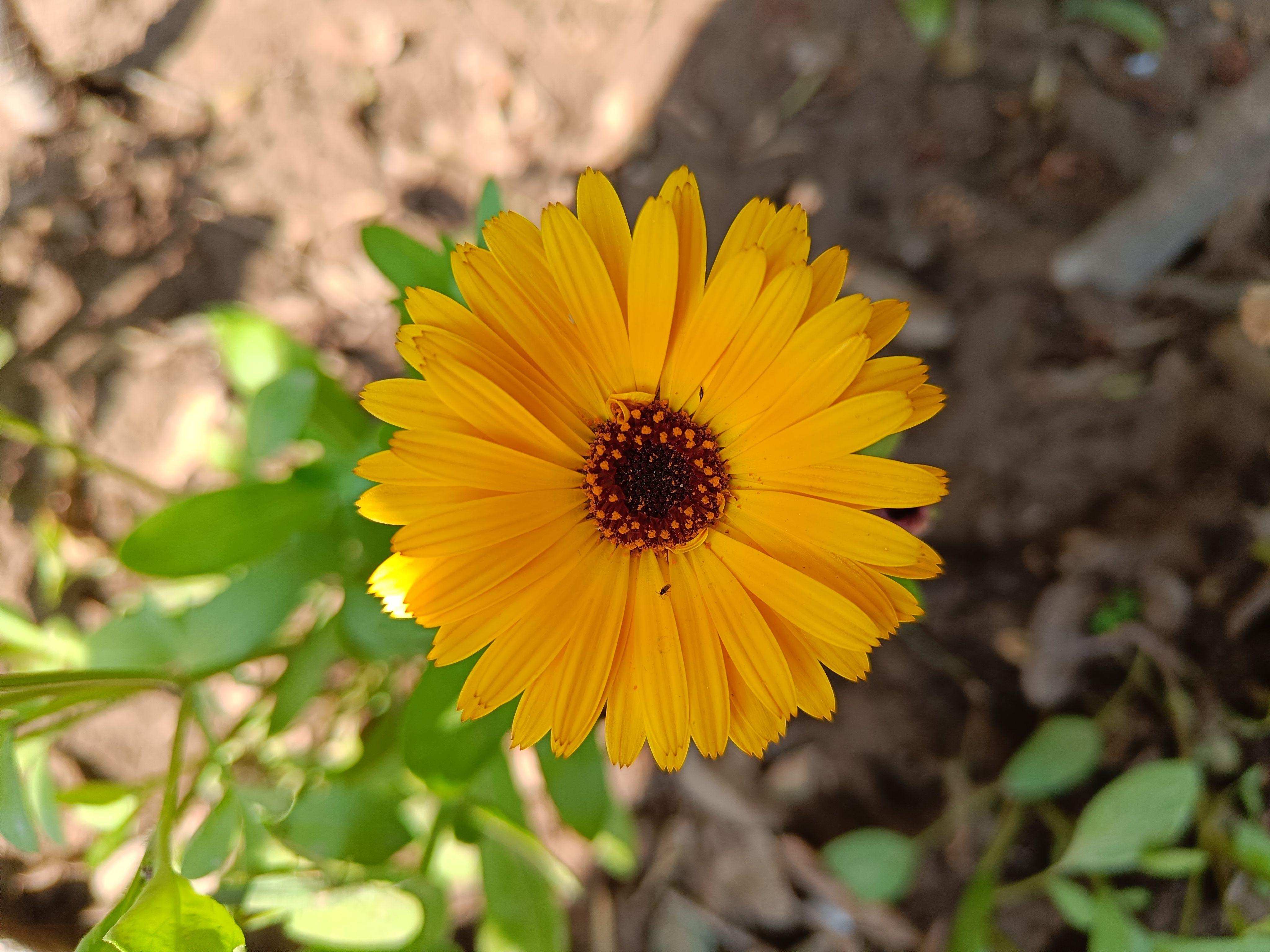 Now, I’m sure you must’ve noticed the colour temperature disparity between shots taken from the Nord CE 2 5G, as well as the Realme 9 Pro+ in the aforementioned sliders. To wit, the Realme 9 Pro+ clicks images with a slightly cooler tone. The same is evident in closeups snapped by the two phones too. As an example, if you look at the photo of the yellow flower, then the Realme 9 Pro+’ image seems to have introduced an orangish hue on the petals. On the other hand, the Nord CE 2 5G’s photo is a more accurate representation of the scene. Be that as it may, both the photos offer excellent details at a closer crop and I am quite happy with the bokeh effect that’s teetering along the edges of the petals too.

The ultra-wide photos from the two phones are, simply put, neck and neck. The photos offer similar details around the centre of the frame, with the objects positioned around the periphery usually being rendered a tad blurry. Quite frankly, unlike the phone’s primary sensors, the UW lenses on the duo are nothing to write home about and click passable photos at best. In fact, if you look at the slider attached below then you’ll notice that despite clicking images under broad daylight, the phones still introduced a lot of noise in the frame. 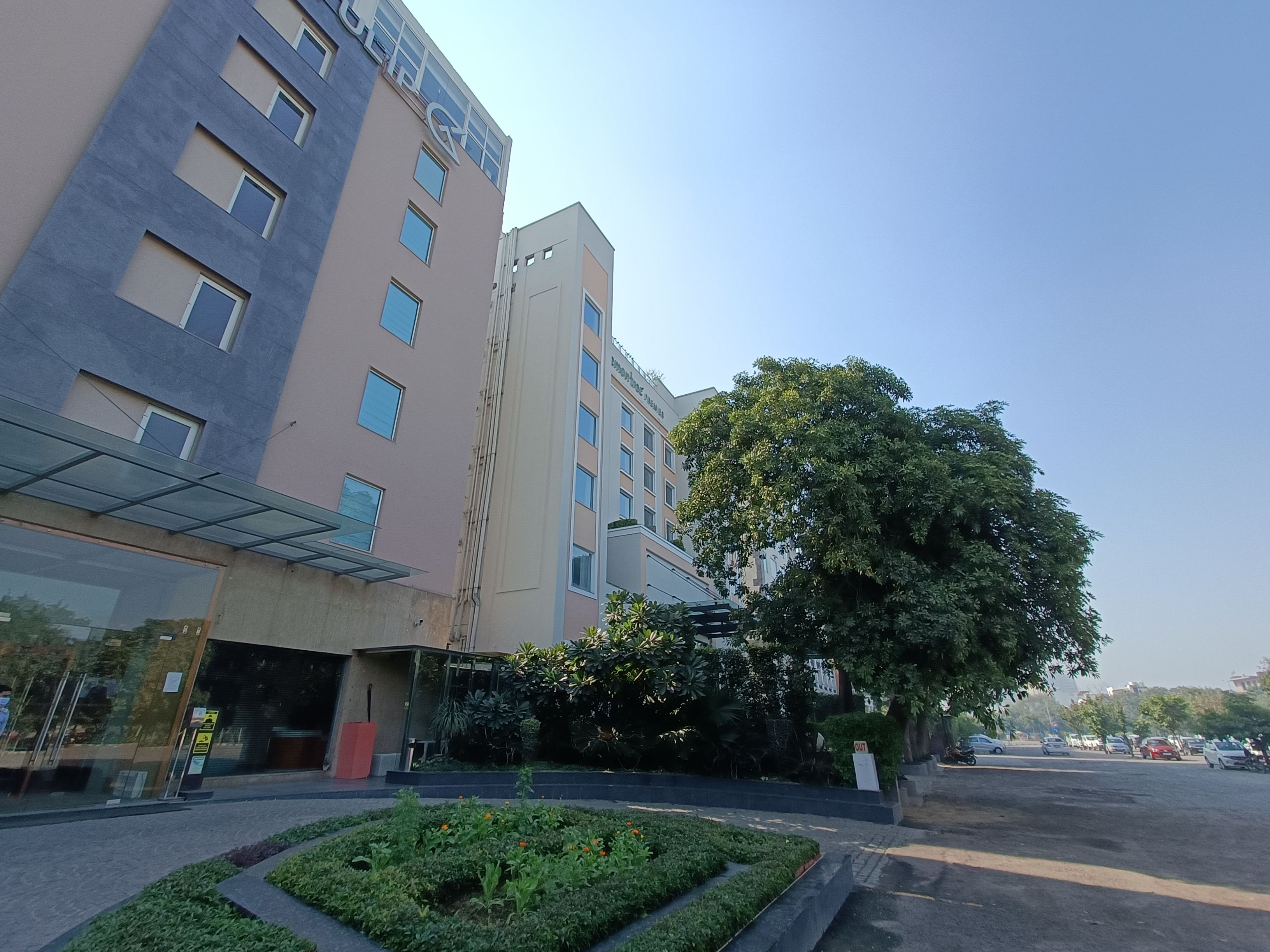 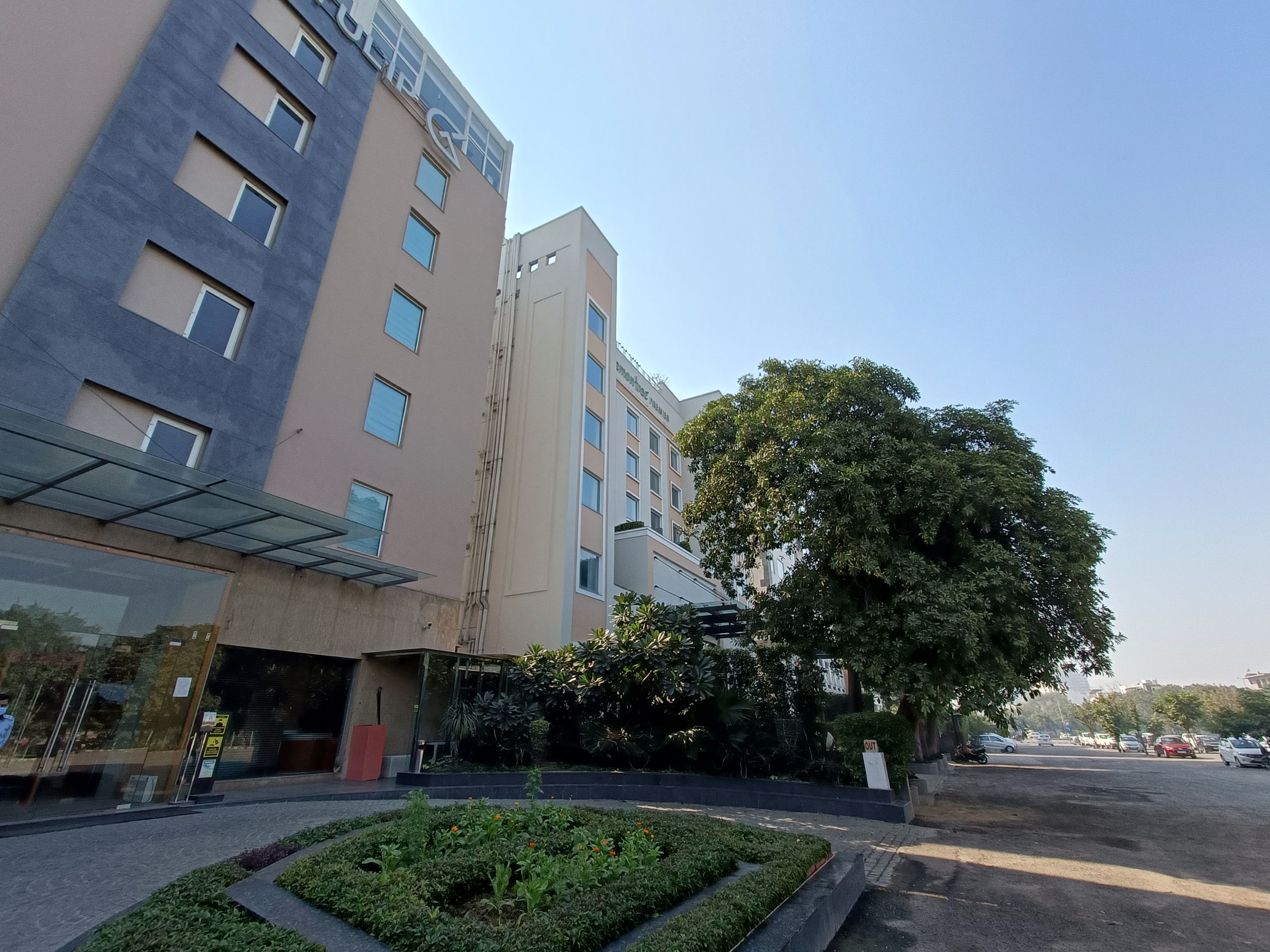 The Realme 9 Pro+ cameras blow the OnePlus Nord CE 2 5G’s sensors out of the water in lowlight scenarios. Not only do the photos shot using the Realme 9 Pro+ offer lesser noise in the frame, the handset also keeps lens flaring in check. As an example, in this first comparison shot, you’ll notice that the image from the 9 Pro+ has managed to retain the text in the bright hotel billboard. 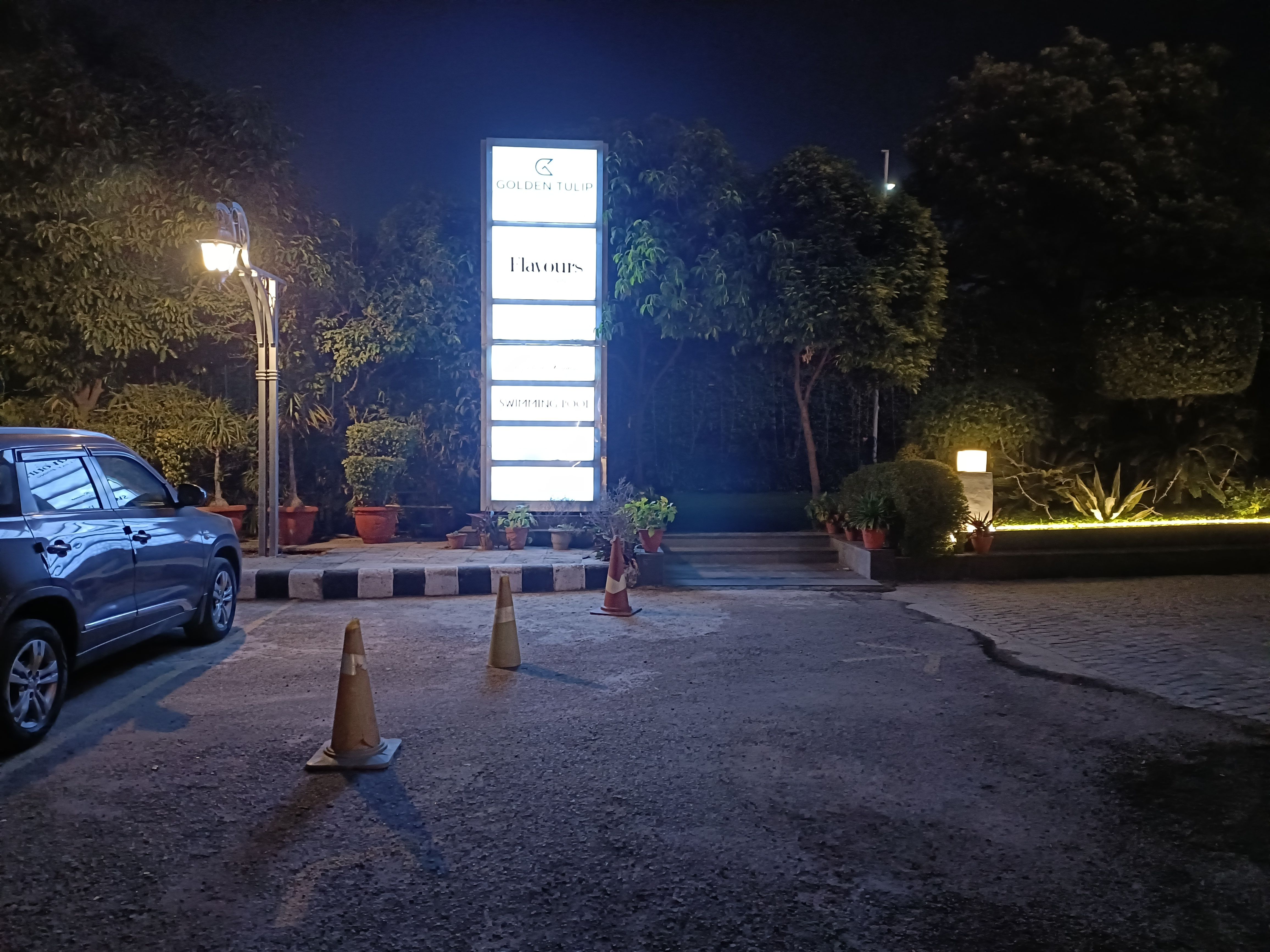 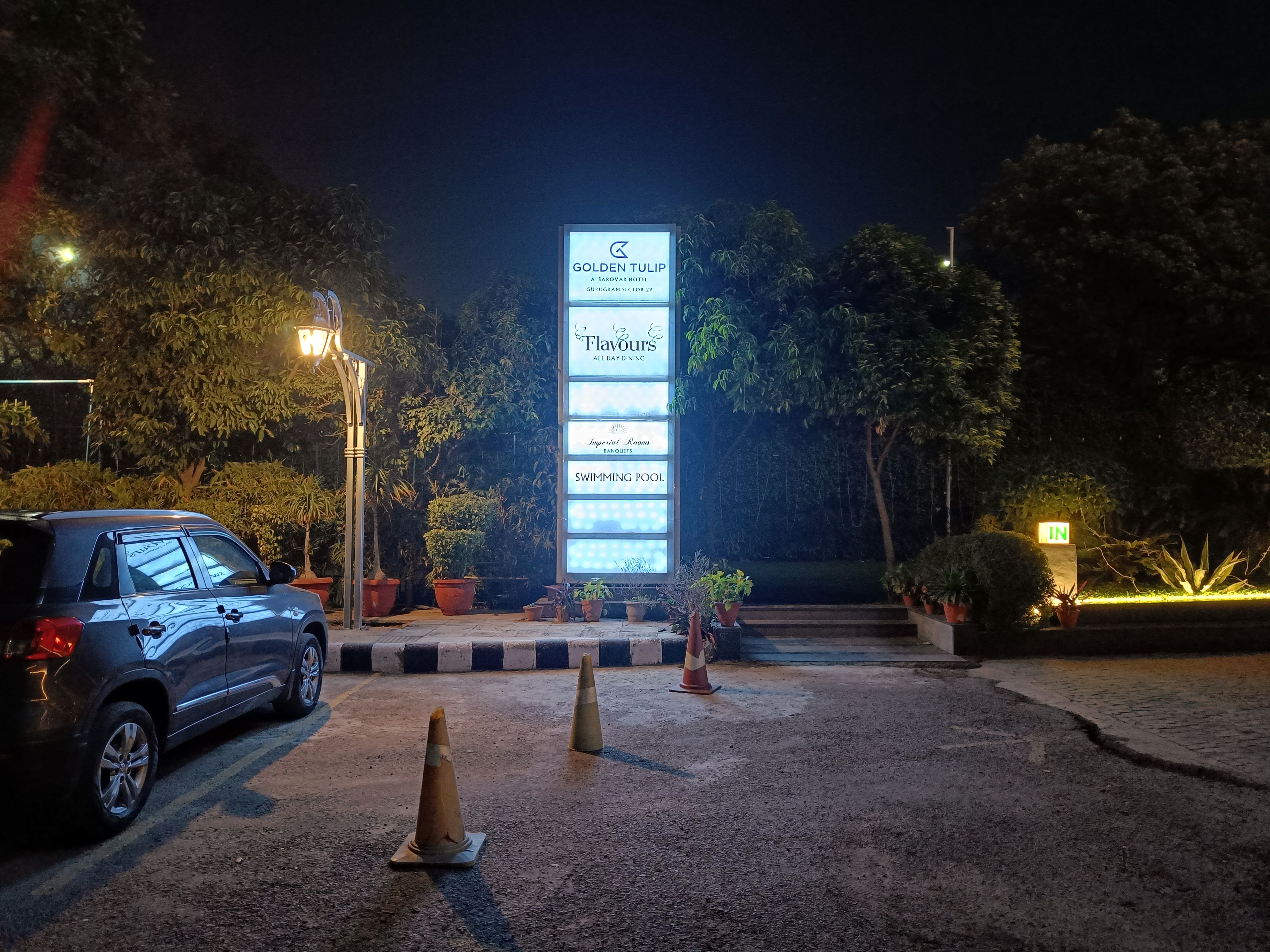 On the flip side, the Nord CE 2 5G’s image is overexposed from the word go. Furthermore, upon zooming in, the 9 Pro+ photo offers significantly sharper textures and details across the board, which is evident if you look at the shrubs or the car near the signboard. Simply put, the difference is night and day and it only gets worse (for OnePlus) with the night mode utility enabled on the two phones. 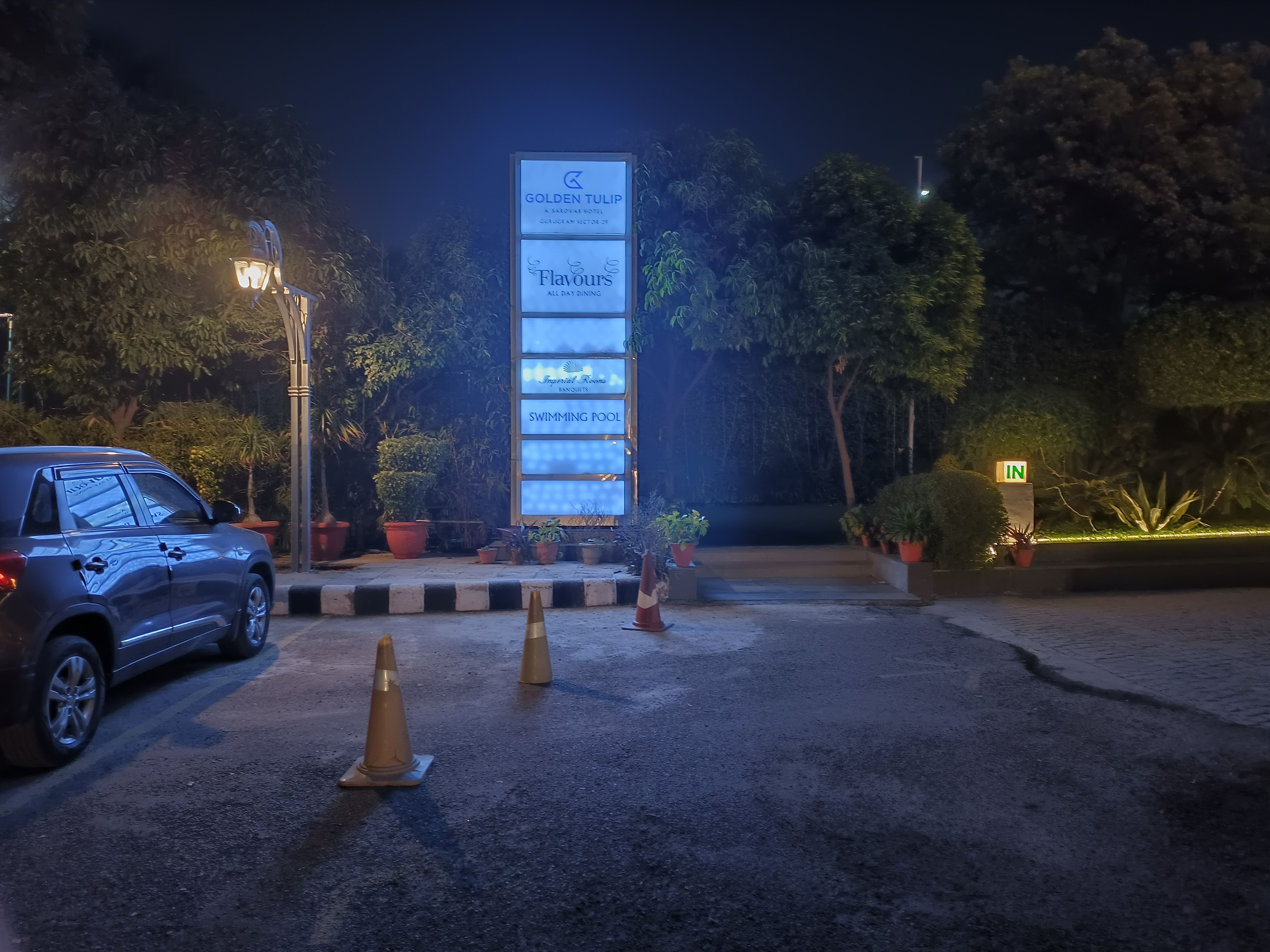 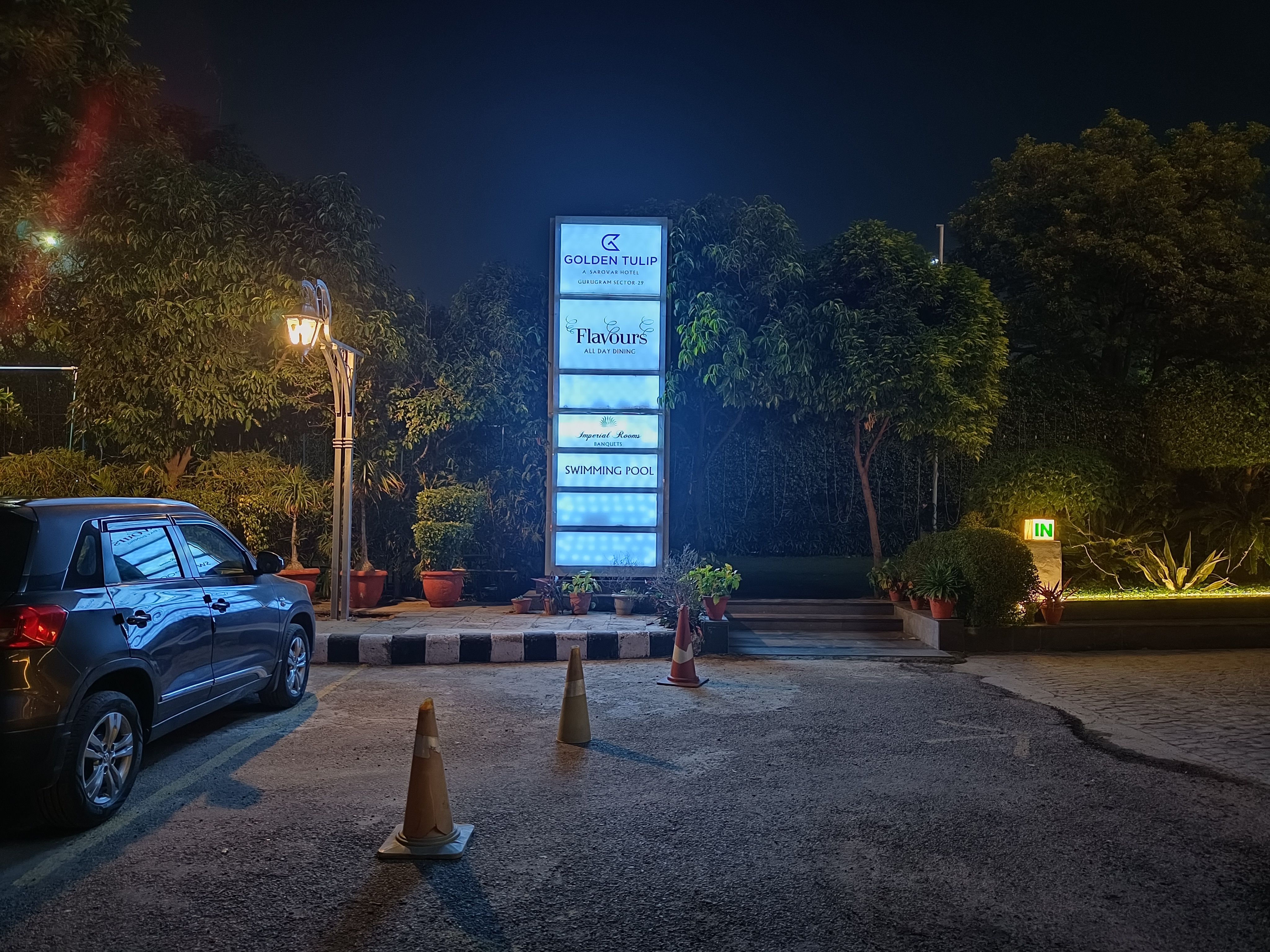 With the night mode enabled, the Nord CE 2 5G manages to expose the brightly-lit billboard a tad better. However, the handset fails to contain the blue light emanating from the signboard as well as the 9 Pro+ does. Furthermore, the trees towards the background appear mushy in the Nord CE 2 5G’s frame. The 9 Pro+ shot is, quite honestly, otherworldly and the smartphone punches well above its weight in lowlight situations.

The Realme 9 Pro+ gives the OnePlus Nord CE 2 5G a run for its money in the selfie department too. To wit, selfies snapped from the phone offer better highlight control, which is evident if you zoom into my face in the sample shots. 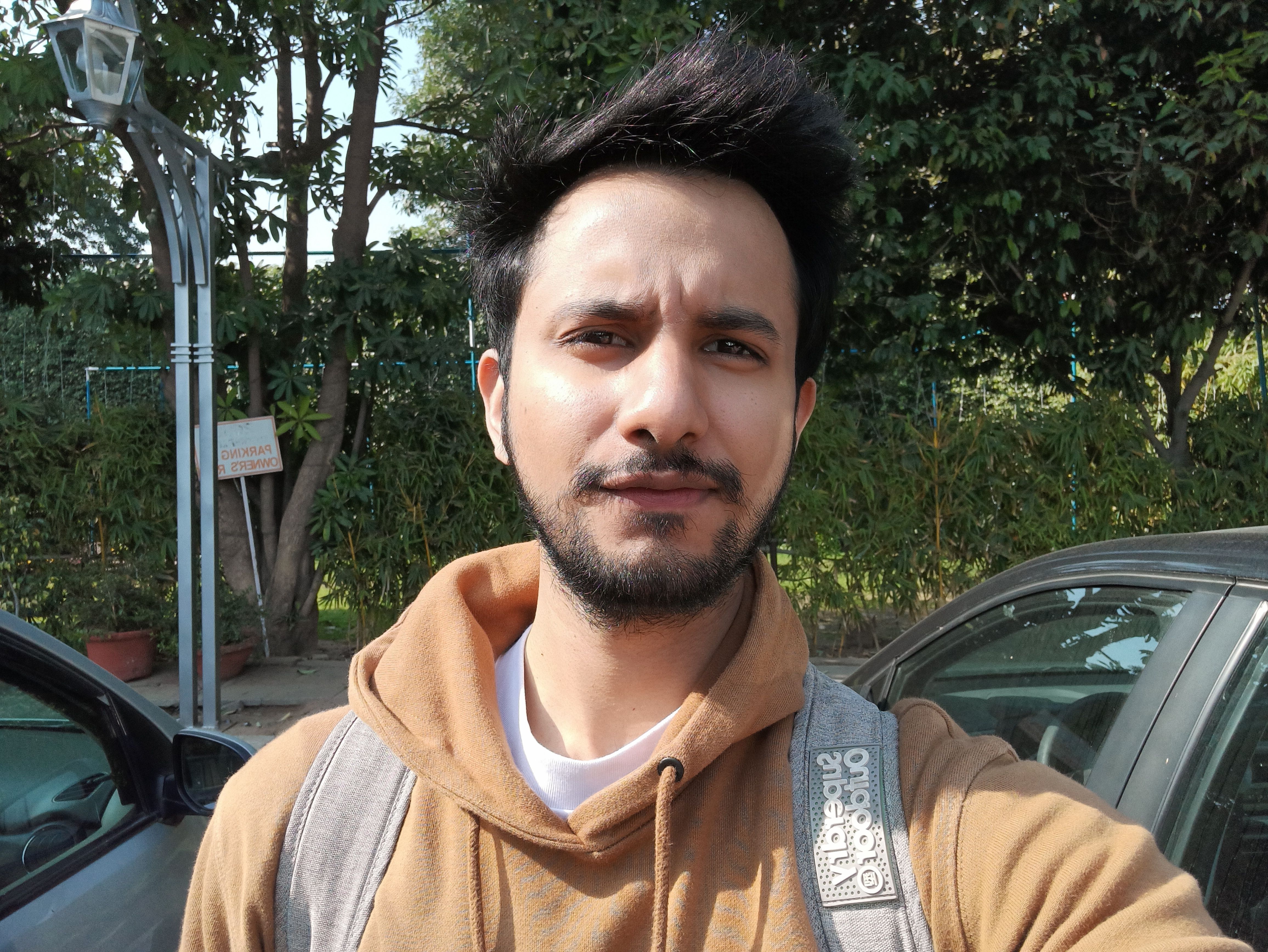 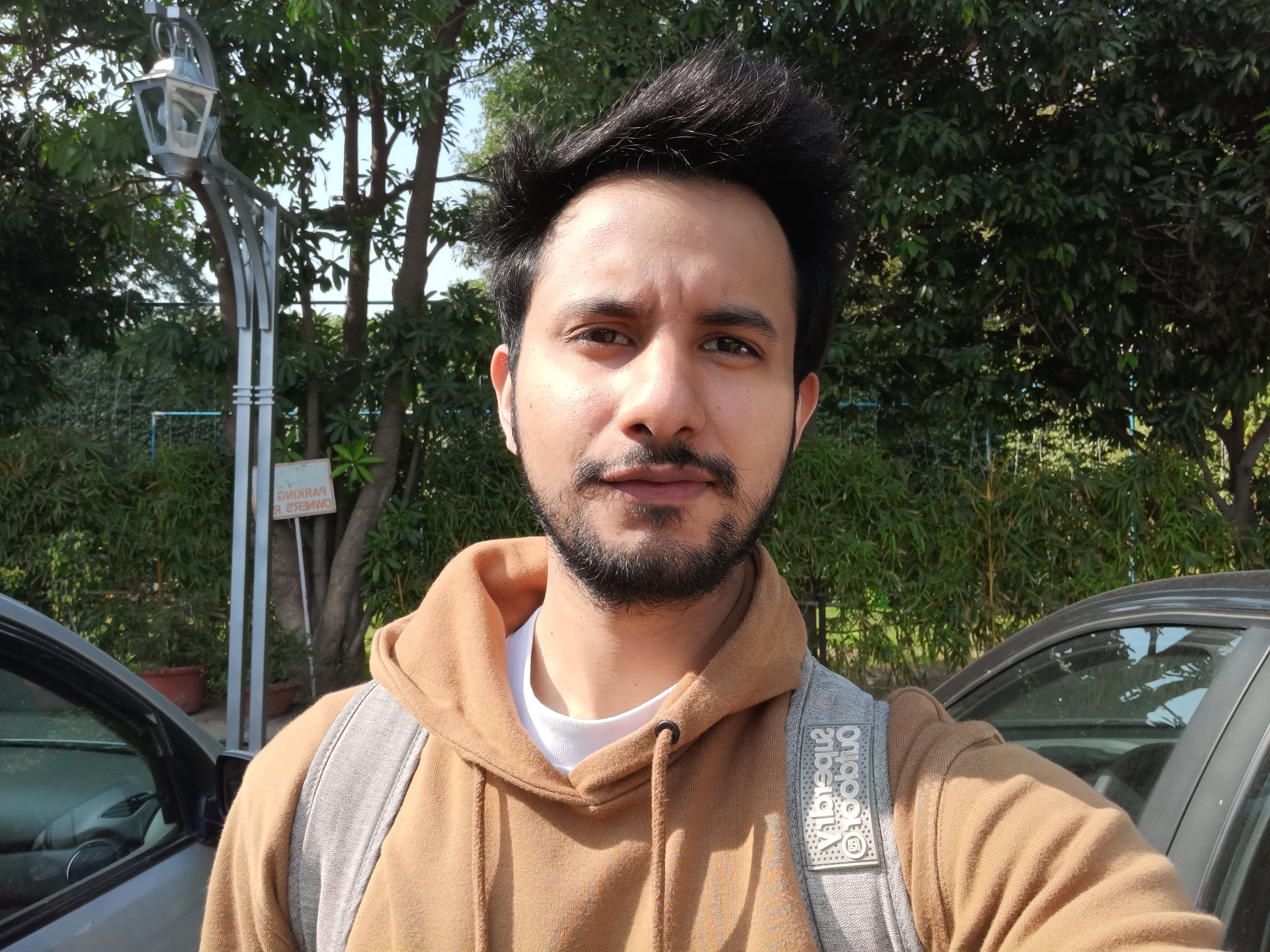 The Nord CE 2 5G struggles to keep the exposure in check portrait mode too. Furthermore, the Realme 9 Pro+ offers a more consistent blur effect too. In fact, you can clearly see the blur effect creeping in around my ears on the Nord 2 CE 5G’s photo. 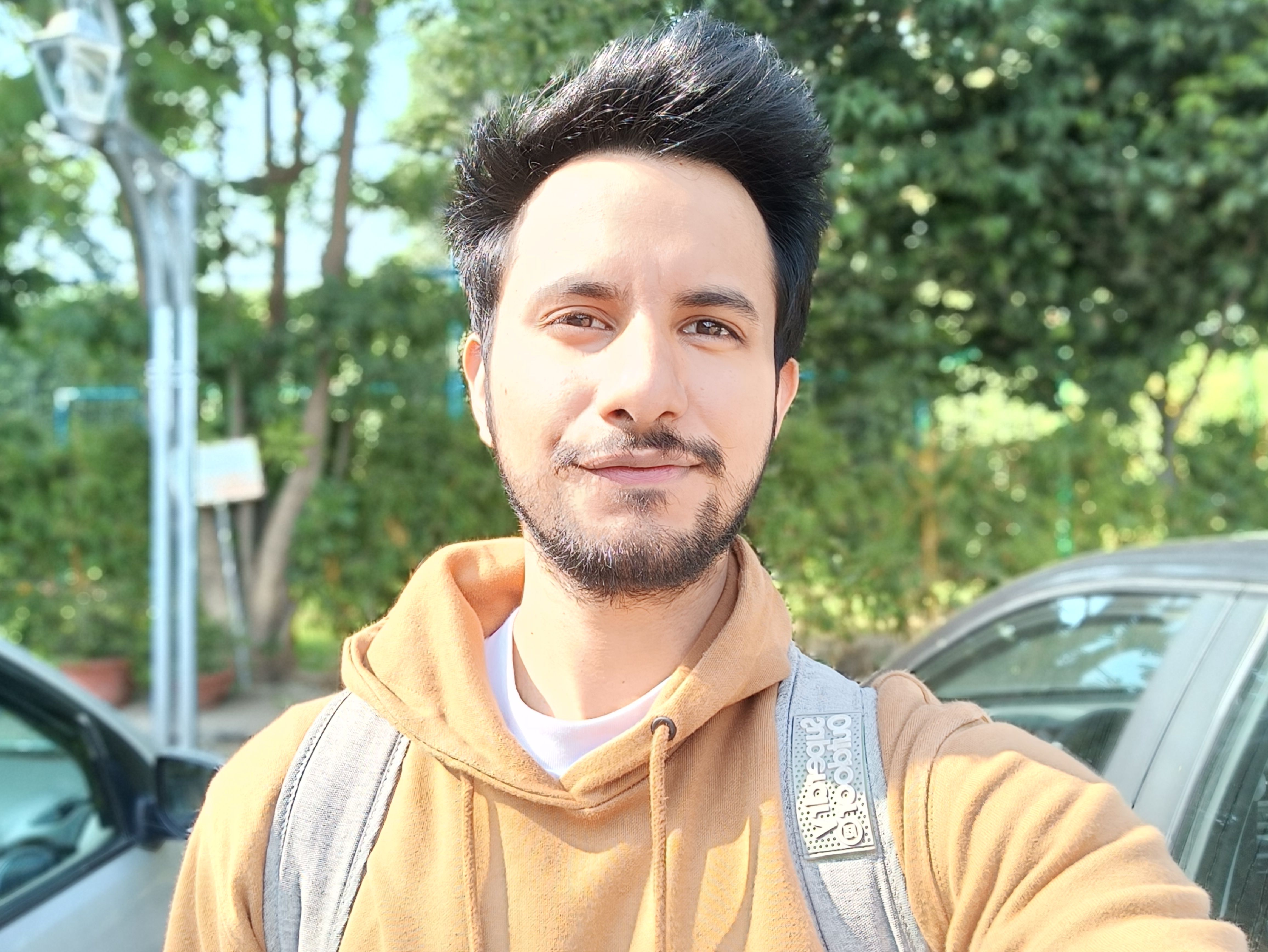 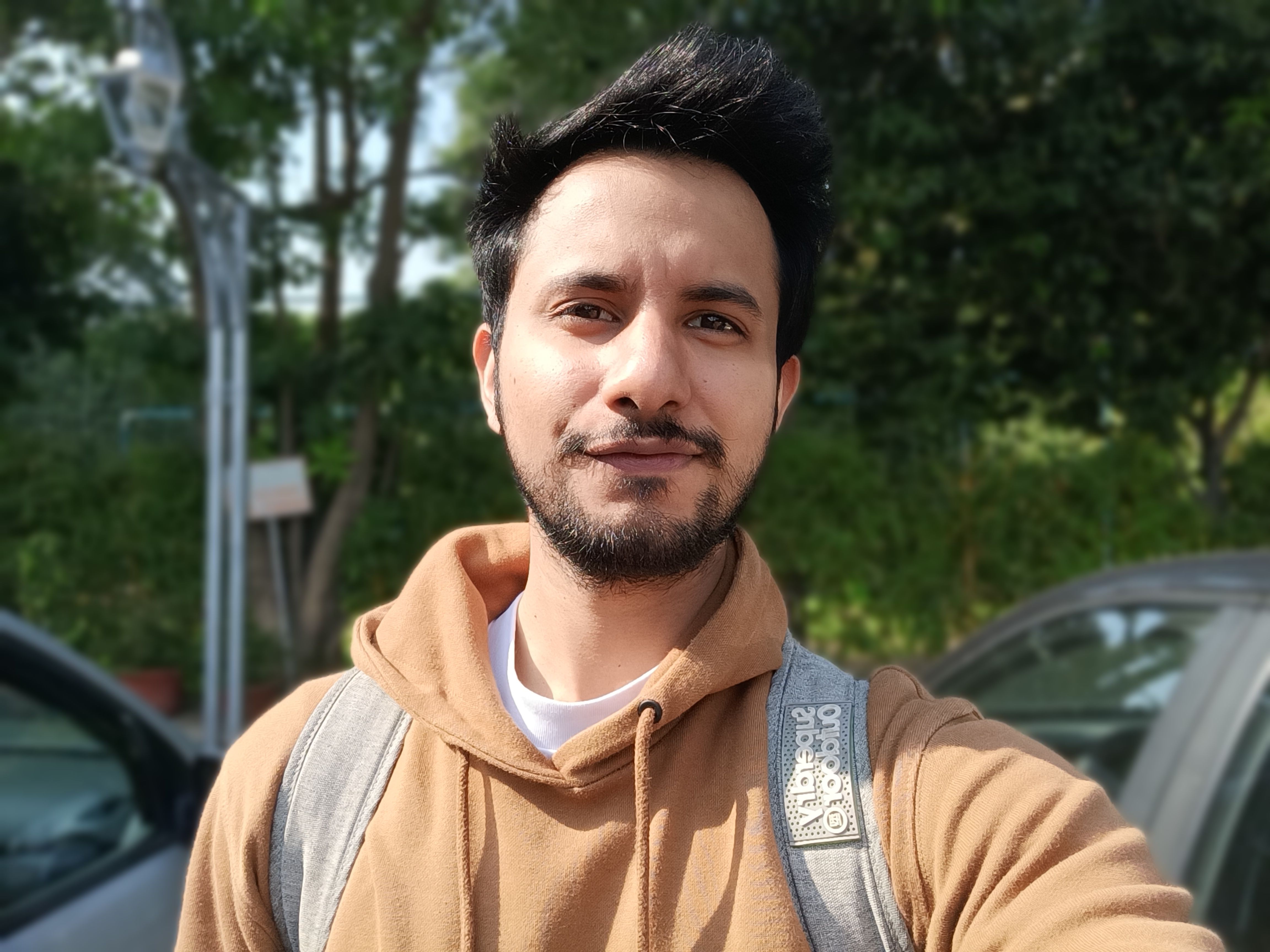 On the other hand, the Realme 9 Pro+ has churned out a cleaner bokeh effect around the composition’s unruly edges.

No surprises here, the Realme 9 Pro+ is the clear winner in the video category as the phone’s main sensor is assisted by OIS (optical image stabilisation). Naturally, the 9 Pro+ outputs more stable footage in 1080p resolution. You can refer to the video attached below for more insights but rest assured, the Realme 9 Pro+ is the phone to get if you’re a budding videographer.

Realme has struck the ball out of the ballpark with the 9 Pro+. The handset clicks fantastic pictures come night or day, and for the price, outclasses the Nord 2 CE 5G in most scenarios. What’s more, the smartphone can shoot extremely stabilised videos too, thanks in no small part to its OIS-assisted main sensor. That’s not to say that the Nord 2 CE 5G is a bad camera phone — in fact, the device yields better images during the day. However, for the most part, Realme has managed to stave off OnePlus’ offering and buyers opting for the handset will undoubtedly have a better camera experience.

OnePlus Nord CE 2 5G goes on sale today: 5 reasons why you should buy it