Home Comparisons OnePlus Nord CE 2 5G vs Xiaomi 11i HyperCharge 5G: the one to... 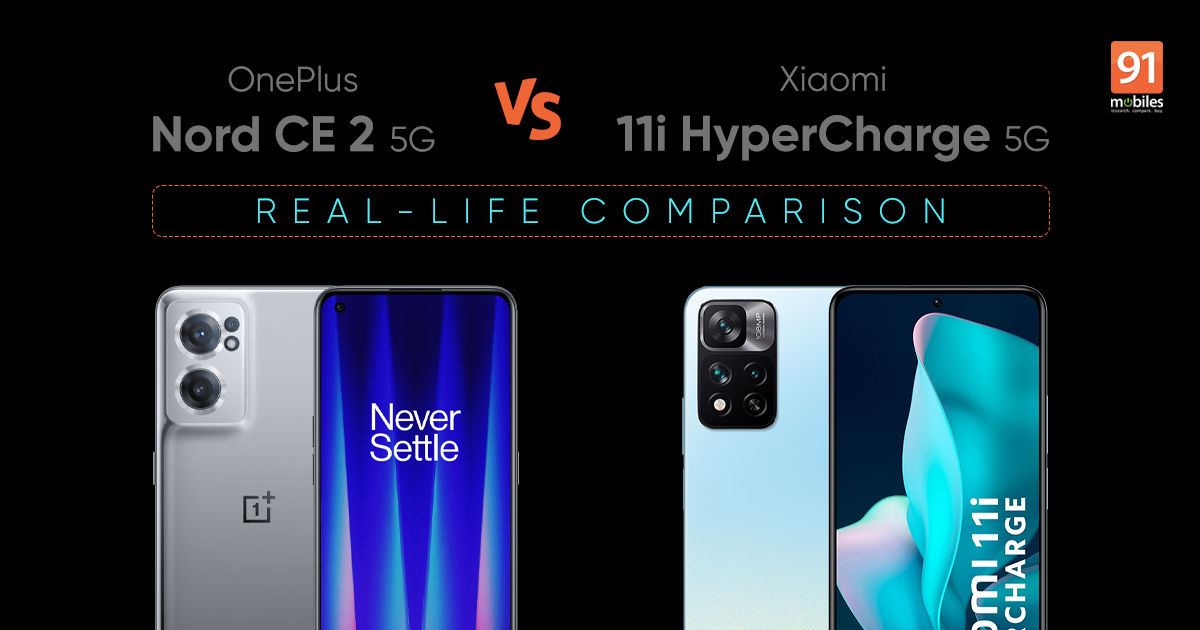 Both are neither flagships nor flagship killers. But they still have been amongst the most high-profile launches of 2022. They are also the phones that spring to mind today when one wants a great smartphone on a budget in the vicinity of Rs 25,000. One brings insanely fast charging speeds and a very good design to the segment, while the other focuses on delivering the basics brilliantly while adding some premium touches to the core experience. We are talking of the OnePlus Nord CE 2 5G and the Xiaomi 11i HyperCharge 5G. Both phones have their share of strengths and flaws and both deliver very good value for the money they cost you. But which of the two is the one for you?

Let us try to work the answer out for you. 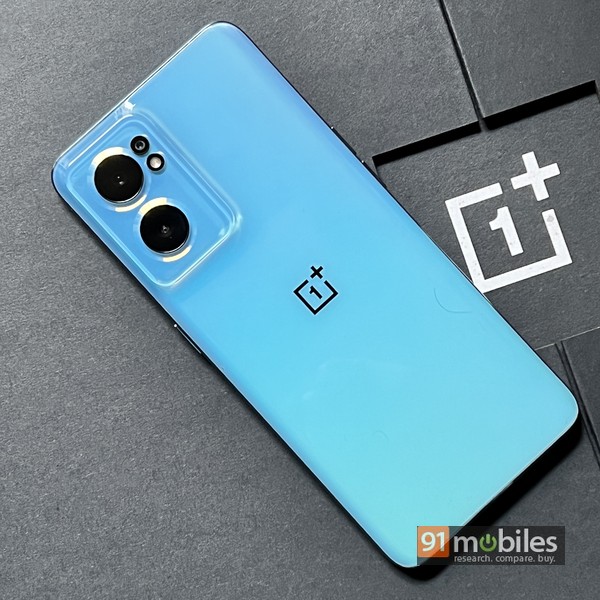 This is a clash between conventional and the newer design. On the front, the phones seem similar, with both having tall, tiny bezel-ed AMOLED displays, with punch hole notches – the Nord 2 CE (pictured above) has it in the top left corner while the 11i HyperCharge (below) has in the top centre. The backs and sides are, however, nowhere near alike.  The OnePlus Nord CE 2 adheres to the more popular design theme of having a slightly curved back and sides, while the Xiaomi 11i HypeCharge has flat sides and a flat back as well. Both phones have glass backs, but we felt that the Xiaomi 11i Hypercharge felt a little more premium with an almost frosted glass-like finish and was also slightly less susceptible to smudges and scratches. 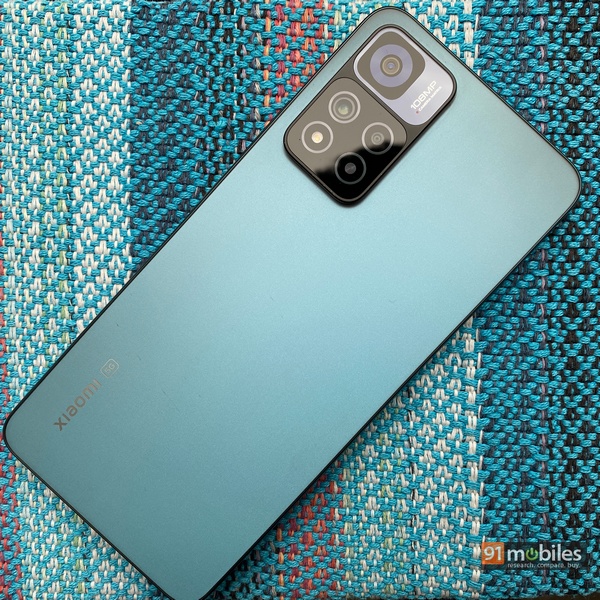 It might not look as premium, but there is no doubt that the Nord CE 2 is way more compact, slim and light than the 11i HyperCharge which is unabashedly hefty. The Nord CE 2 is 160.6mm tall as compared to the 163.65mm of the 11i Hypercharge, is slimmer at 7.8mm as against 8.34mm, less wide at 73.2 against 76.2mm, and weighs 173 grammes as against the 207 grammes of the HyperCharge. While neither phone is designed for one-hand use, the Nord CE 2 is clearly handier (pun intended). Both phones look smart enough, and which one you pick is going to boil down to your own aesthetics and preferences. We think the 11i HyperCharge actually looks better but the much more compact form factor of the Nord CE 2 gets it back into contention and makes this round a tie. 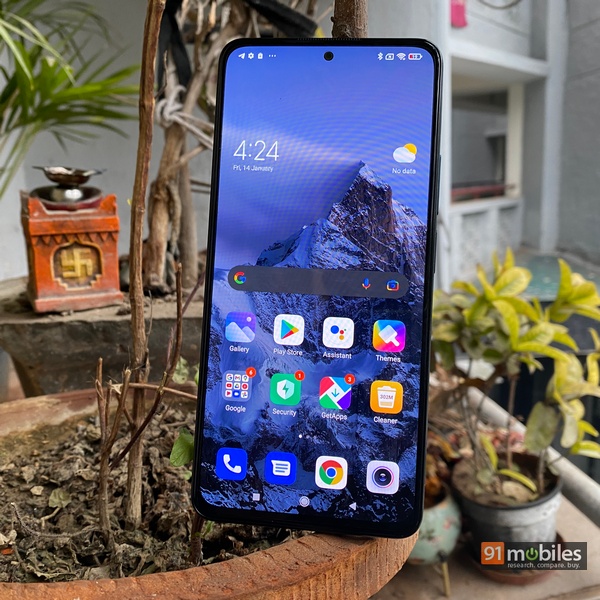 When it comes to displays, both phones sport tall, full HD+ AMOLED displays with high refresh rates. Both are impressively bright as well and handle colours well too. They are, however, different in some regards. The 11i HyperCharge has a significantly larger display at 6.67-inches as compared to the 6.43-inch one on the Nord CE 2. Also, the display on the Xiaomi device has a refresh rate of 120Hz while the Nord CE 2 has a refresh rate of 90Hz. We found both displays to be rather good, but are handing this one to the 11i HyperCharge – that slightly bigger size does make a difference while viewing content. 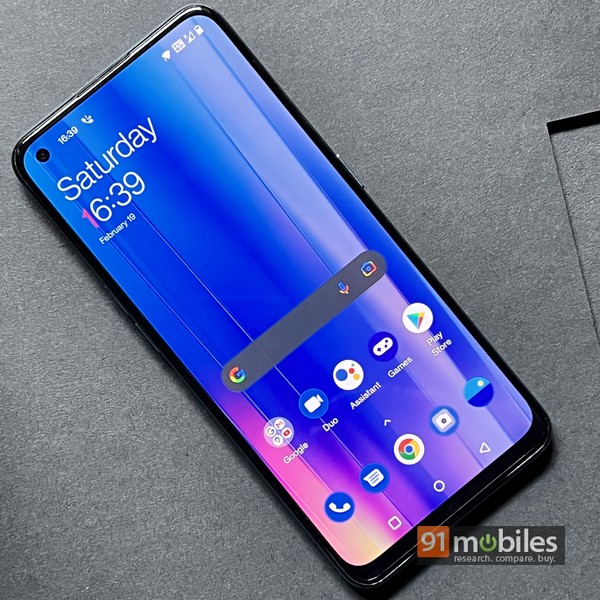 Both phones are strikingly similar in terms of RAM and storage. Both have exactly the same RAM and storage variants: 6GB / 128GB and 8GB / 128GB. Both phones also have expandable storage – the Nord CE 2 being the first OnePlus device to come with the option. The Nord CE 2 however, comes with a dedicated microSD card slot while the 11i HyperCharge comes with a hybrid SIM slot, which means you would have to give up one of your two connections to accommodate a microSD card. That single slot wins the round for the Nord CE 2. 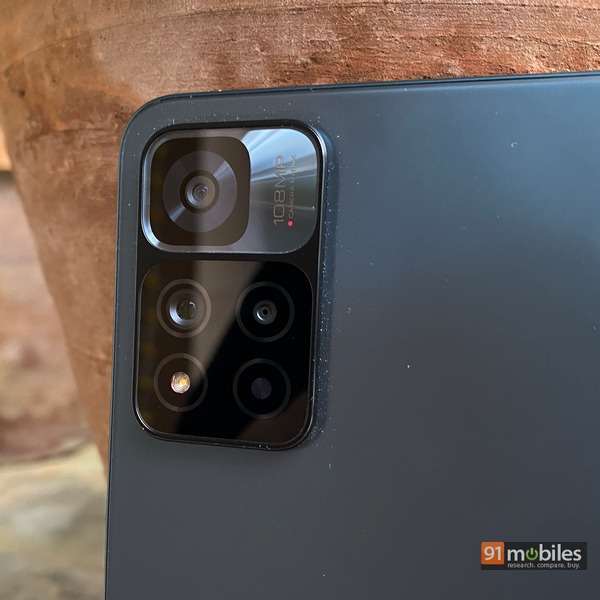 The Nord CE 2 and the Xiaomi 11i HyperCharge have four cameras each – three at the back, and one in front. Of these four, three are similar – an 8 megapixel ultrawide and a 2-megapixel macro camera at the back, and a 16-megapixel selfie camera in front. Not surprisingly, there’s not much separating the performance of these cameras, although we thought the Nord CE 2 had a slight edge in the selfie department. The main sensors on the two phones are, however, very different – the Xiaomi 11i HyperCharge comes with a 108-megapixel main sensor while the Nord CE 2 has a 64-megapixel one. Photography is not just about megapixels but we found the 11i HyperCharge’s camera simply outgunning the Nord CE 2 in terms of details and also delivering more realistic colours. It is not as if the Nord CE 2 has bad cameras – they deliver decent detail and good colours, but the 11i HyperCharge’s bigger sensor gives it a clear edge in both stills and videos. Neither is a low light wizard, though. 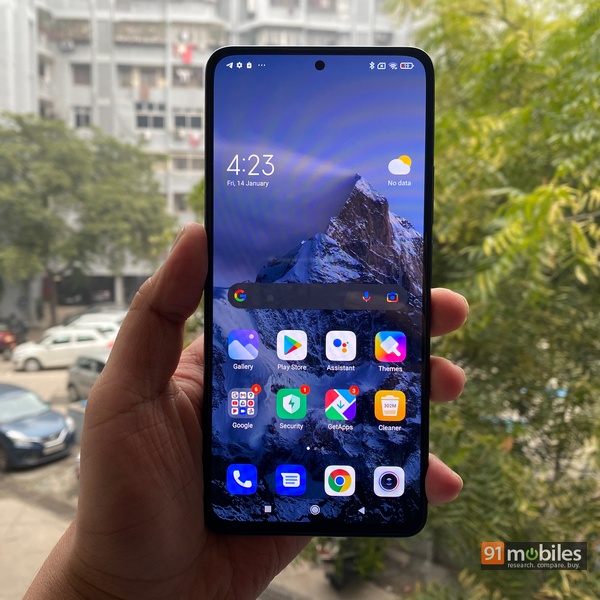 You will be able to play casual games easily on both and even high-end ones (Call of Duty, PUBG) with a few tweaks to the settings, but neither phone is a gaming warrior. The Xiaomi 11i HyperCharge’s bigger display and stereo speakers, however, make it the better option for those who consume a lot of multimedia content on their devices. That big display and accompanying sound make it a far better binge-watching buddy than the Nord CE 2, which has a smaller display and only a single speaker (impressively loud, but no match for the speakers on the 11i HyperCharge). Yes, the Xiaomi phone’s bulk and weight does make it a little more difficult to handle, but it is still a clear notch above the OnePlus in this regard. 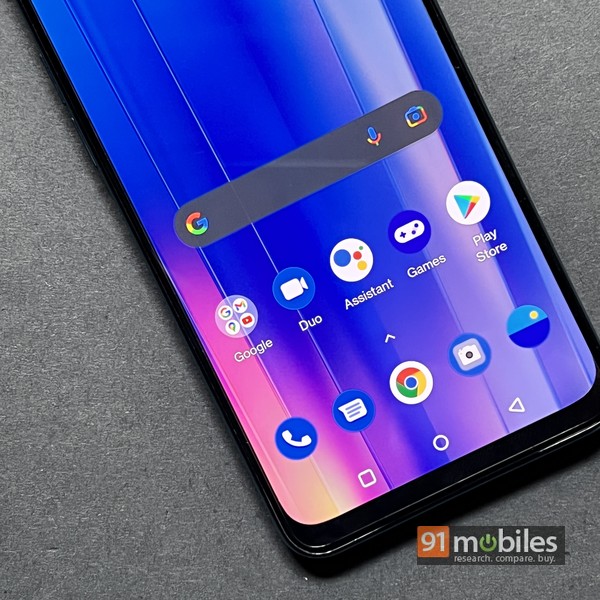 This has been a round where OnePlus generally beats the competition, thanks to its cleaner and uncluttered OxygenOS interface. That does not change this time around either. Both phones run on Android 11, and while Xiaomi has considerably cleaned up MIUI and we love its features, the fact remains that those wanting a cleaner interface would prefer the OnePlus device. Things might change in the coming days when the Xiaomi 11i HyperCharge gets updated to MIUI 13 and Android 12, and the Nord CE 2 also goes up to Android 12 levels, but as of now, the Nord CE 2 wins. Super VOOC charging and HyperCharge clash in this duel. In terms of sheer battery size, both phones come with 4,500mAh batteries. In terms of battery life, the Nord CE 2 has a slight edge, getting past a day easily while the 11i HyperCharge runs out a little earlier – perhaps the bigger display takes a toll on the battery. However, when it comes to charging speed, the 11i HyperCharge totally bosses the Nord CE 2. The OnePlus device is no slouch when it comes to charging – it can get charged totally in about 35 minutes. But the 11i HyperCharge goes from nothing to 100 in about twenty minutes, thanks to the 120W charger in the box, making it easily the fastest charging phone around. This is like two Formula One drivers racing on the track. Neither is slow, both are fast. It is just that one is faster. This round to the HyperCharge. 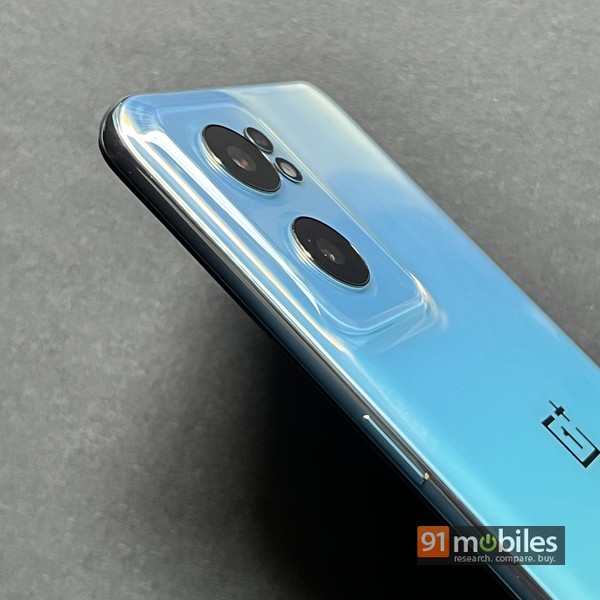 There is not much to separate the two phones in terms of general usage. Both handle multiple apps easily and are adept at browsing the Web and social networks. Both also come with support for 5G networks. The Xiaomi 11i HyperCharge picks up some points for its faster fingerprint scanner (on the side, as compared to the in-display one on the OnePlus) and its infrared port, which lets you control different appliances and products, but the Nord CE 2 is the easier phone to use simply because of its form factor and weight. Those extra grammes and millimetres do work against the Xiaomi 11i HyperCharge in terms of day to day usage. Which is why the Nord CE 2 wins this round – it is simply easier to carry and use. 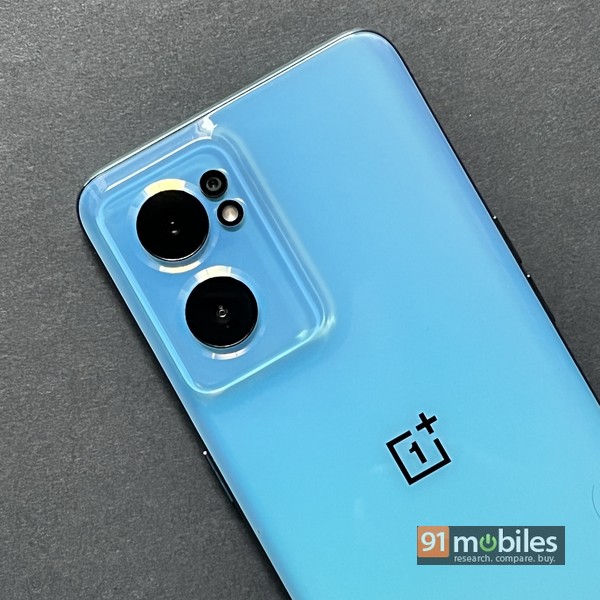 So, go Hyper or stick to the Core? 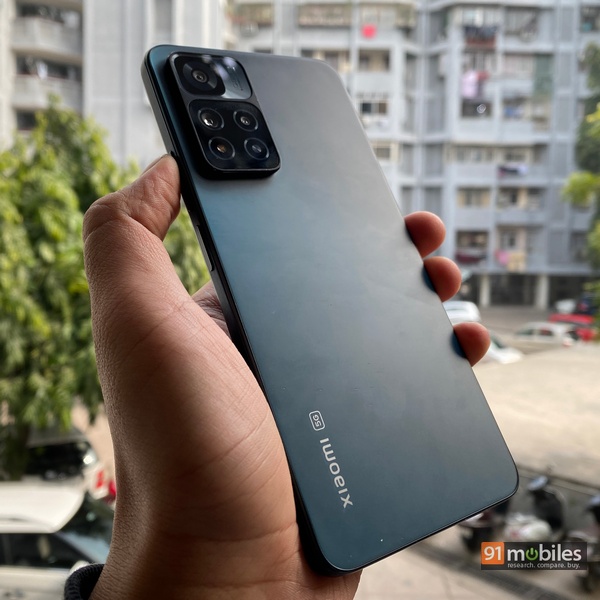 When it comes to taking a call on which phone to buy, your decision is likely to be influenced both by the size of your budget and the size of the phones. Which device works better for you is going to, as always, depend on your requirements and needs. If you are looking for a clean interface, generally smooth performance and a relatively compact and lighter form factor, the OnePlus Nord CE 2 is the phone for you. However, if you want a big display, are a multimedia addict, and a charging speed demon, the Xiaomi 11i HyperCharge is definitely the one to go for. No matter which device you choose, you are unlikely to get disappointed. Either way, you are going to end up with a phone that looks smart, is great for everyday use, has decent cameras and has good battery life with really fast charging. Not many would ask for more.

With inputs by Akriti Rana

OnePlus Nord CE 2 5G goes on sale today: 5 reasons why you should buy it