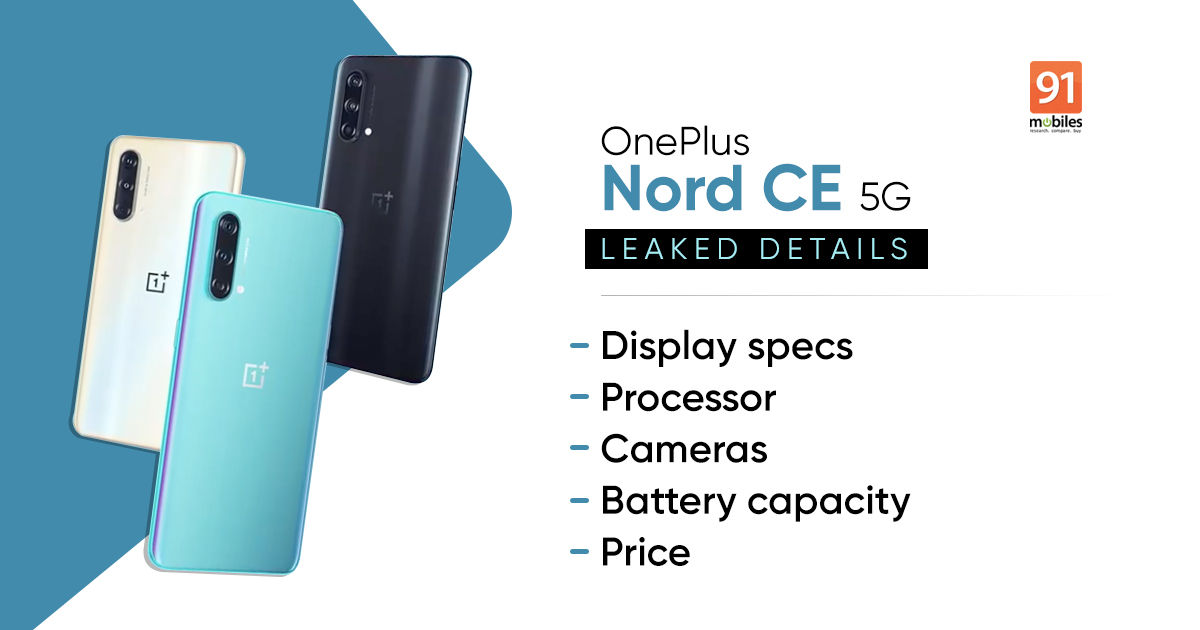 The promo video shows that the OnePlus Nord CE 5G features a 90Hz AMOLED display with always-on mode, a triple-camera setup at the rear with a 64MP primary sensor, Qualcomm Snapdragon 750G SoC, a 4,500mAh battery with Warp Charge 30T Plus, support for the 5G network, and a headphone jack. The brand also touts that the OnePlus Nord CE 5G is very slim and that its thickness is just 7.9mm.

While we wait for the OnePlus Nord CE 5G India launch, you can check out more news about the upcoming smartphones as well as popular product recommendations on our Facebook, Twitter, and Instagram pages and head to our YouTube channel for the latest videos.