91mobiles.com
Home Comparisons OnePlus Nord CE 5G vs Xiaomi Mi 10i: which one to buy? Looking for a good phone and have a budget that is closer to Rs 20,000 than Rs 25,000? Well, the chances are that you will be faced with a choice between the Xiaomi Mi 10i 5G (henceforth referred to as Mi 10i) which has been a bestseller this year and pretty much one of the best phones in the segment, and the just-released OnePlus Nord CE 5G (henceforth referred to as the Nord CE for the sake of simplicity). Both phones have high-resolution displays with lots of RAM and are driven by the Qualcomm Snapdragon 750G processor. Both come with 5G and big batteries and fast charging. And both start at prices well below Rs 25,000, if just a touch above Rs 20,000. So which is the one for you? Let me try and work it out. 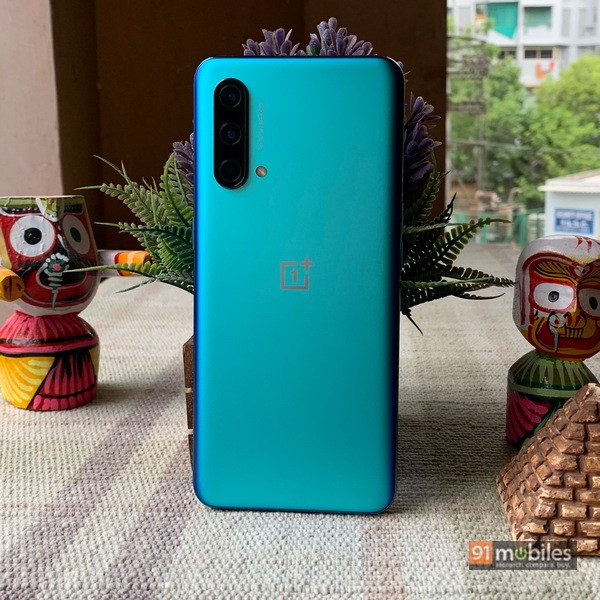 In terms of appearance, the two phones reflect the cultures driving them. The Nord CE (above) is compact, slim and a little minimalistic, while the Mi 10i is unabashedly big and heavy. If you like compact and relatively light phones, the Nord CE wins this one by a mile – it is 159.2mm tall, 73.5mm wide and a rather slim 7.9mm. In comparison, the Mi 10i (below) is a bit of a hulk – 165.3mm tall, 76.8mm wide and a generous 9mm around its mobile waist. It is hardly surprising that the Mi 10i is also much heavier than the Nord CE – 214 grammes to 170 grammes. But then, the Mi 10i is the more flashy of the two devices (especially the Pacific Sunrise shade) with its very distinct round camera unit (the Nord CE has a rather more traditional capsule kind of unit) and slightly more jazzy colours. The Mi 10i also has a glass back as compared to the carbonate one on the Nord CE, although I feel the OnePlus device has an edge here because of its sleeker finish. The Mi 10i also has an IP53 rating, which is something the Nord CE lacks, and comes with Gorilla Glass 5 on the front, while the Nord CE has Dragontrail Glass. 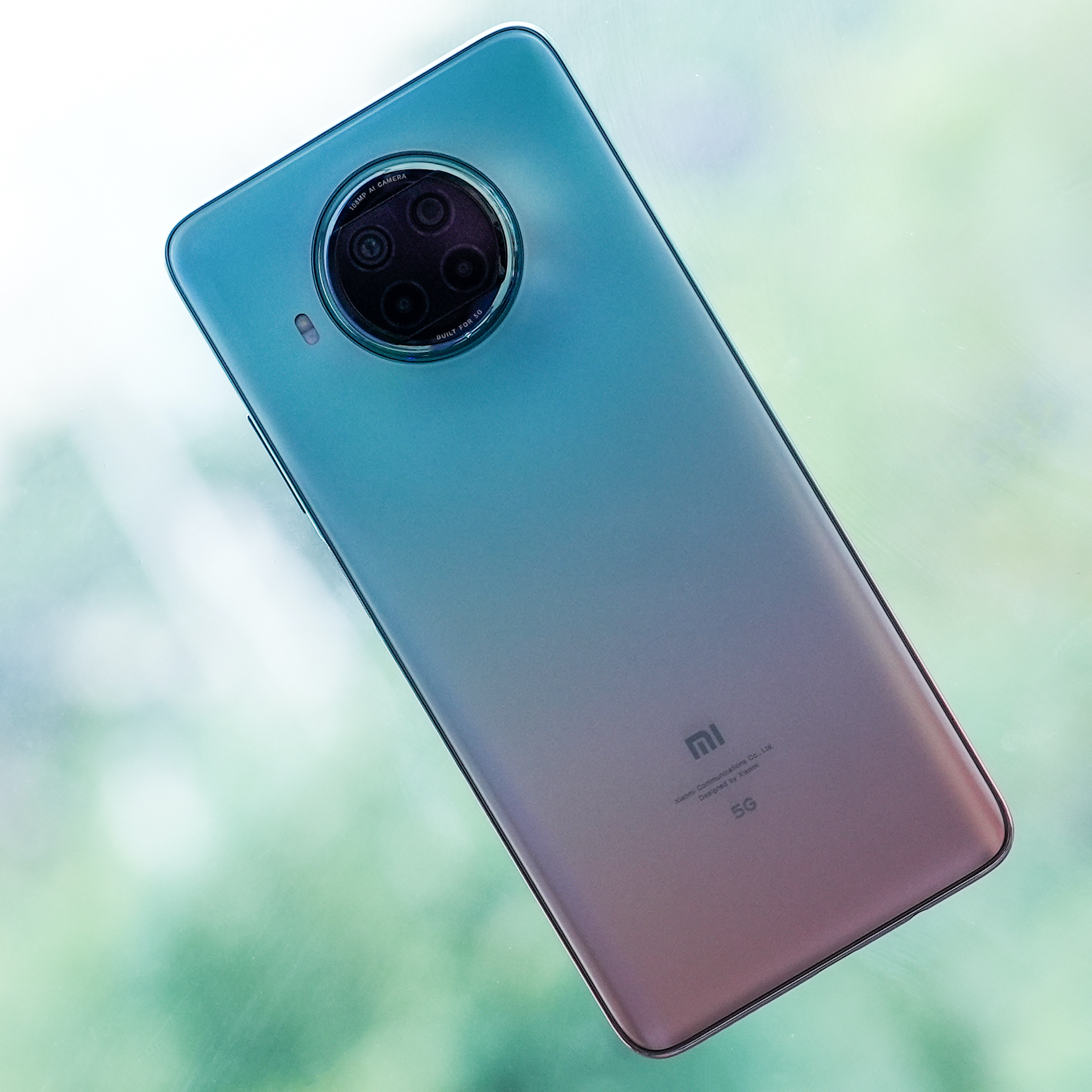 Still, all said and done, I really think that unless you are on the flamboyant side, you will prefer the Nord CE for its slightly more compact and classy design. I can see folks like the more in your face and in your hand Mi 10i, but am voting for the Nord CE here. 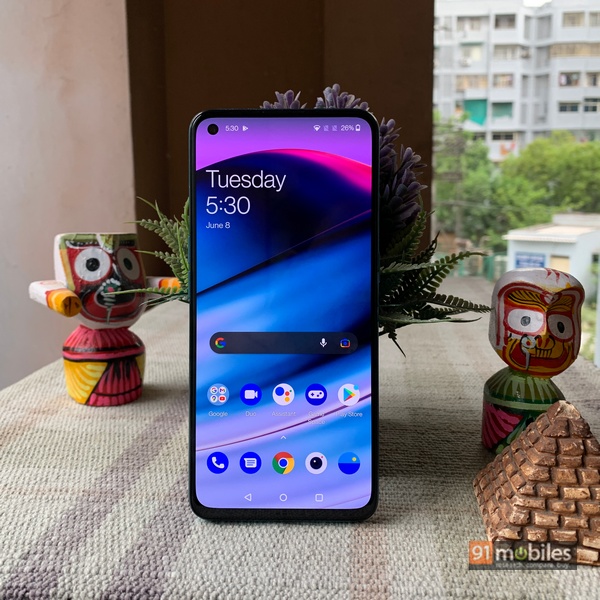 It is fluid AMOLED at 90Hz versus LCD at 120Hz here. The Nord CE does seem to have a slight edge in terms of brightness but that said, Mi 10i comes with a bigger display (6.67-inches as compared to 6.43 of the Nord CE), and not only has a higher refresh rate but also comes with a display that can adapt the refresh rate to the content being shown on it. Both displays have the same FHD+ resolution, but the Nord CE seems just a little brighter. I am once again going to give this one to the Nord CE, but I can see folks opting for the bigger display on the Mi 10i.

It is a dead heat here with both phones being driven by the Qualcomm Snapdragon 750G chip. All square here, folks. 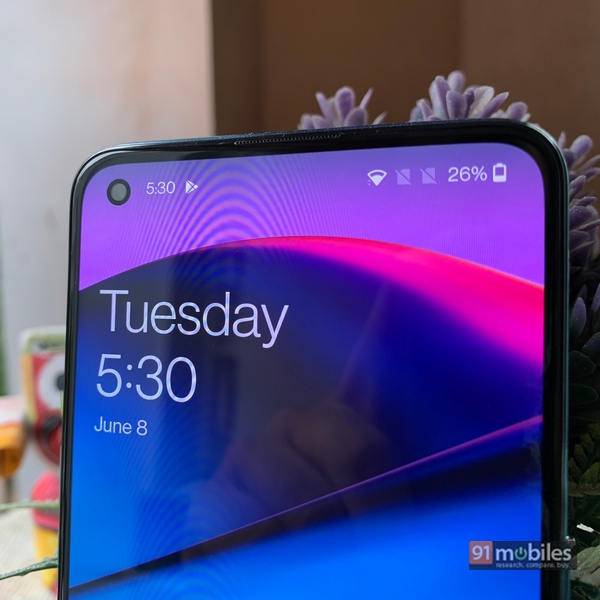 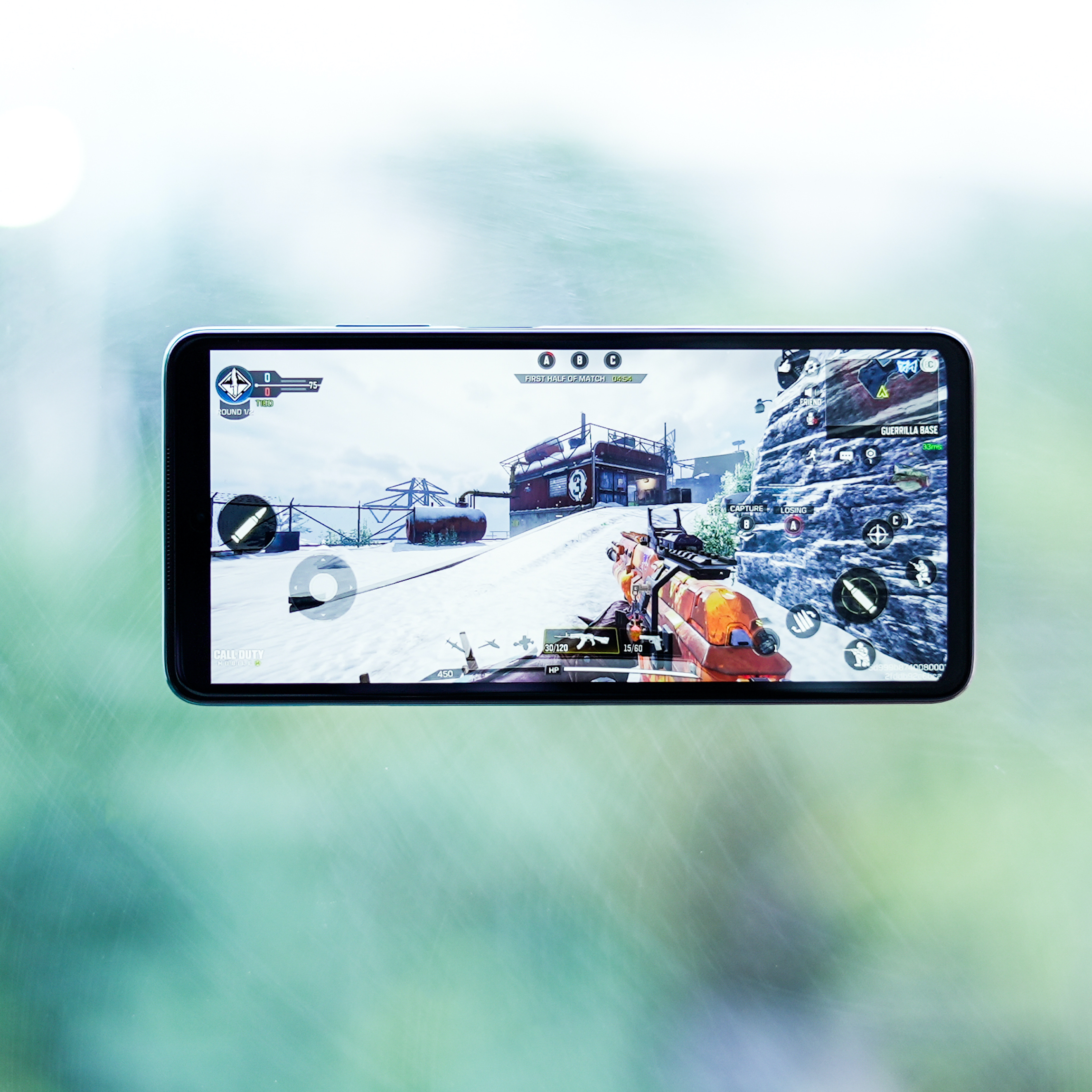 The Mi 10i comes storming back into contention here. Yes, both phones have the same processor and barring the top Nord CE model, come with either 6GB or 8GB of RAM. And to be honest, both handle games in a broadly similar manner in terms of smoothness – nether is a mean gaming machine but will let you play high-end games with slightly reduced settings, and will handle casual games well. However, where the Mi 10i scores heavily over the Nord CE is in having a bigger display and stereo speakers. Both phones have 3.5 mm jacks, but in terms of overall gaming and multimedia experience (whether it is watching shows or YouTube videos), that bigger display and those stereo speakers give the Mi 10i a clear edge. 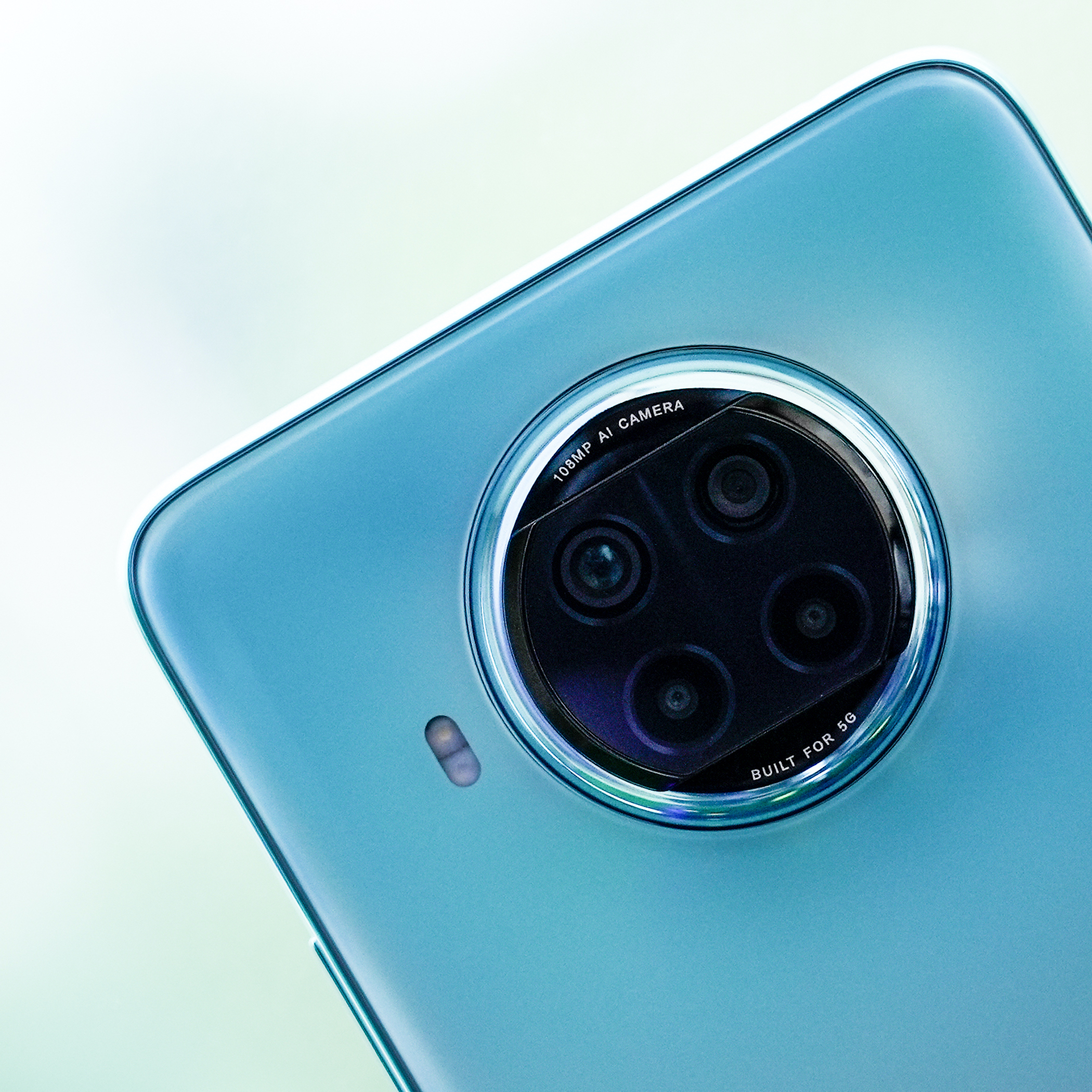 The Mi10i’s resurgence continues. Both come with similar secondary cameras – both have 8-megapixel ultrawide sensors and 2-megapixel depth cameras, the Mi 10i has an extra 2-megapixel camera for macro. However, the real battle is between the main sensors, and while the Nord CE’s 64-megapixel sensor is a good one, it gets outclassed by the 108-megapixel snapper on the MI 10i. The Nord CE sometimes got brighter colours, but it could not match the Mi 10i in terms of sheer detail. This difference comes to the fore in both low light and normal light snaps. The Mi 10i bosses the Nord CE in videos too, catching motion and sound better. When it comes to selfie cameras, both phones have 16-megapixel cameras, but the Mi 10i again had a clear edge in terms of both detail and colour handling. Chalk up another win for Mi. 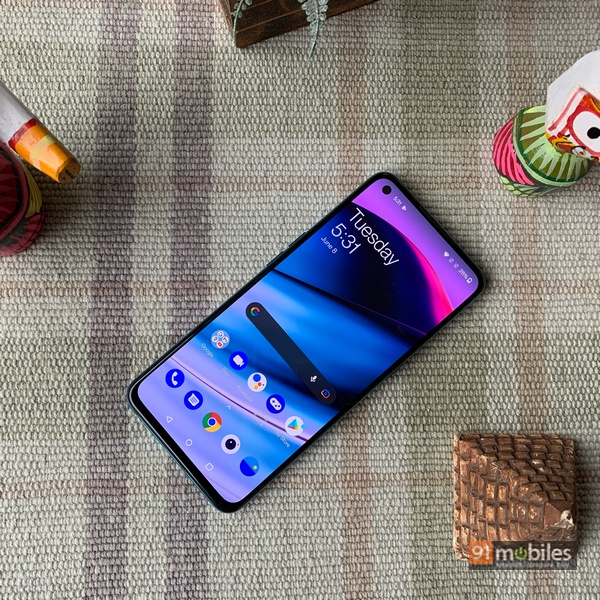 A massive clash of cultures this is. Both phones run Android 11, but while the Nord CE has the relatively uncluttered Oxygen OS on top of it, the Mi 10i comes with the more feature-rich MIUI 12. Which one you prefer is a matter of taste entirely, with the minimalist crowd preferring Oxygen, while those who want a truckload of features out of the box would hark to MIUI. Had this been the sleek and clean MIUI 12.5 seen in recent Xiaomi devices, I might have given this round to the Mi 10i, but MIUI 12 loses out to Oxygen OS here. 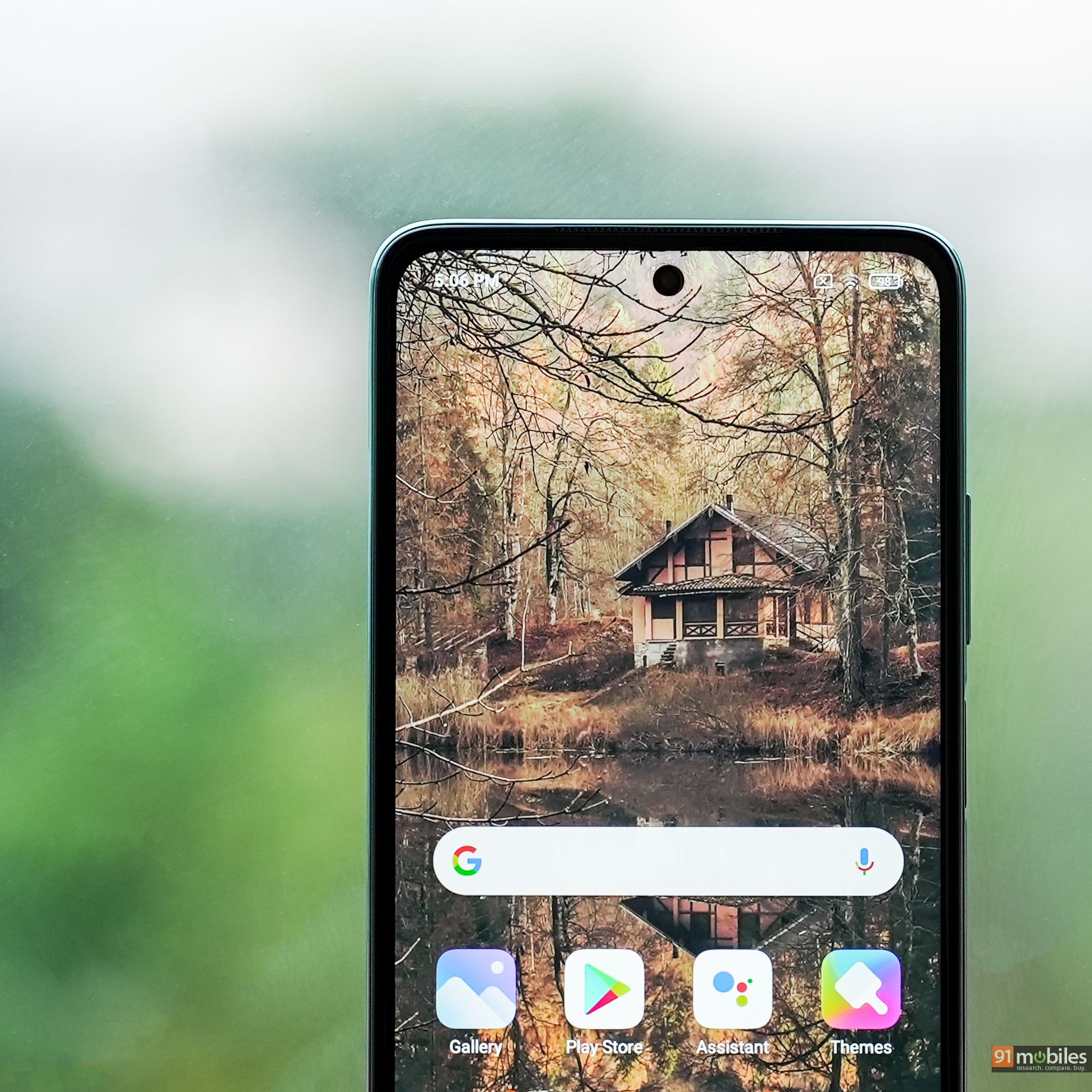 When it comes to day-to-day usage, both phones are pretty much on the same level. Yes, the Nord CE’s being way more compact makes it easier to handle but then the Mi 10i’s bigger display makes it easier to type on and well, the dust and water resistance do make a difference as do the stereo speakers (it is better for those video calls). I also found the fingerprint sensor on the side of the Mi 10i much faster than the in-display one on the Nord CE. Call quality is about the same on both, although the Nord CE is a little easier to manage. I am calling this one a tie as well. 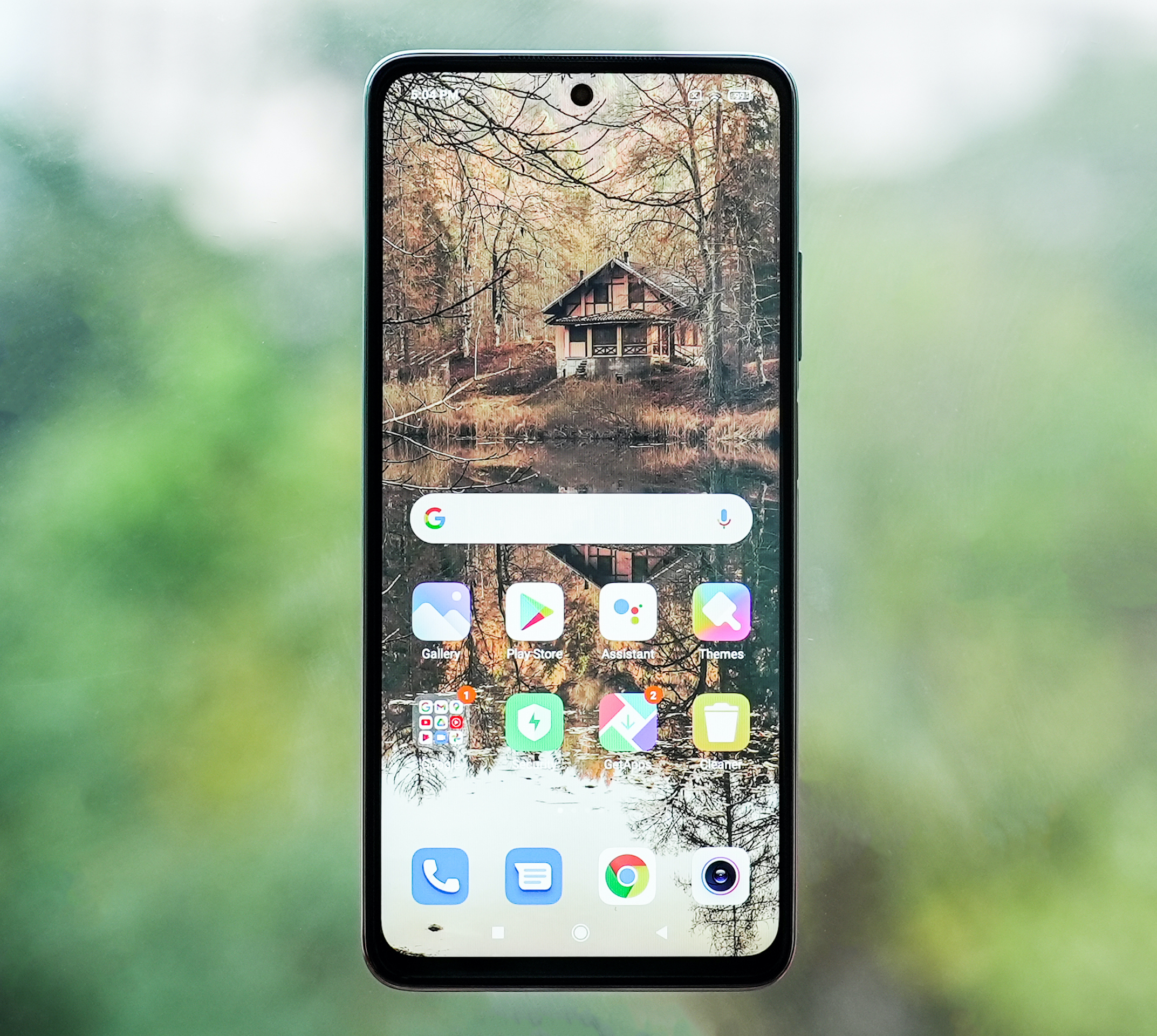 We are down to bang for bucks. And it gets VERY fascinating here. On paper, the Mi 10i would seem to have a clear edge with a price of Rs 20,999 for its 6GB / 64GB base variant, which is priced well below Rs 22,999 for the Nord CE’s base variant, although it comes with more storage (6GB / 128GB). The interesting part is that both these base variants are seldom available (the Nord CE does not have it available yet, and the Mi 10i has had limited availability). Which makes us consider the next variants, and here the Mi 10i wins again – its 6GB / 128GB variant is priced at Rs 21,999, while the Nord CE’s 8GB / 128GB variant is priced at Rs 24,999. Yes, the Nord CE offers more RAM for the higher price, but the fact that the Mi 10i’s 8GB / 128GB (its top variant) is available for Rs 23,999 pretty much wins this round for it. The Nord CE does have a 12GB / 256GB variant, which the Mi 10i does not, but then those on a tight budget are unlikely to go that far. This round for the Mi 10i then.

Final call: Go for the One(Plus) or are you looking at Mi…er…me? 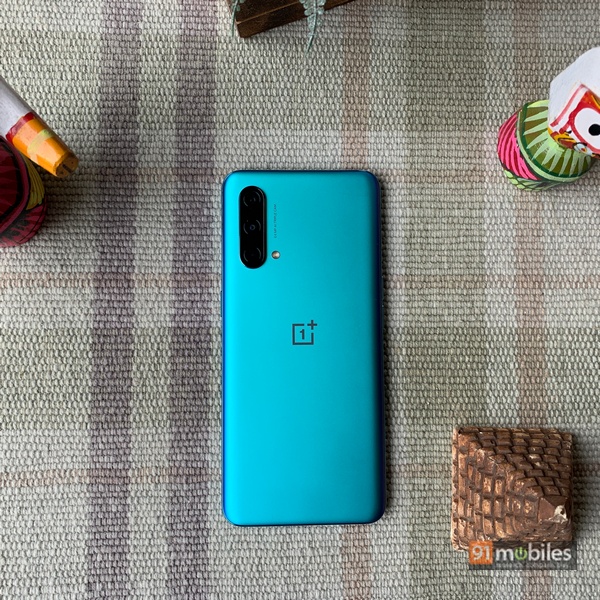 So which of the two should you go for? Well, it is going to sound cliched, but it really depends on what you consider important. Both phones have their own strengths. The Nord CE cuts a more compact and slim figure, but the Mi 10i has better cameras, battery and sound, and starts at a lower price. If you are the type who wants a regular, compact phone that just works and has a clean interface, then the OnePlus Nord CE 5G is very much like the guy or girl next door – familiar and comfortable. But if you want your phone to do a whole lot more than the regular stuff then get the class weirdo – the Mi 10i simply brings more to the table in terms of camera and battery, and also has a richer interface. 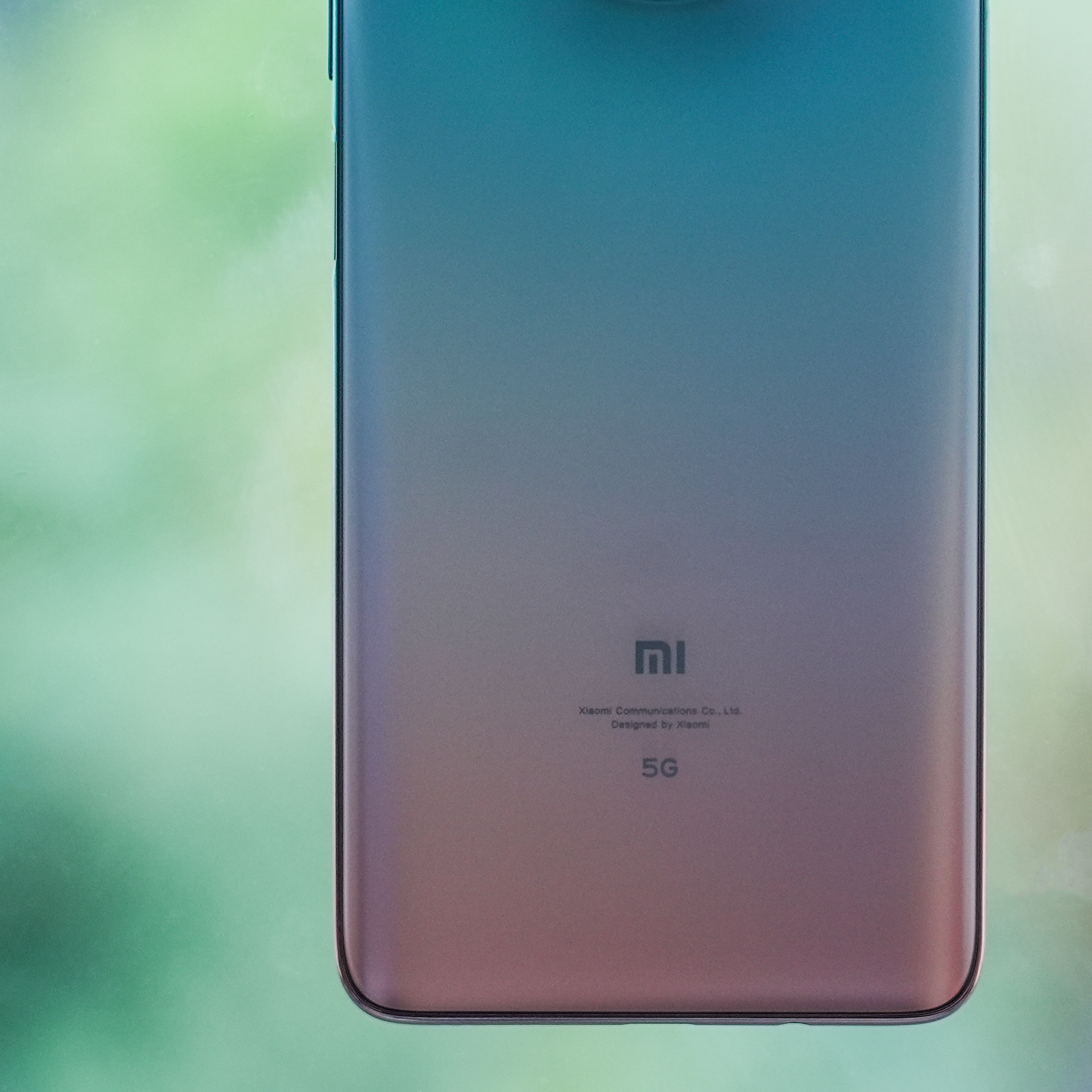 The good thing about both phones is that they are very closely matched in most parameters. You are assured of a very good basic performance in either case. If I had to pick one, I would perhaps incline towards the Mi 10i – it simply does more at this point in time. Those cameras and speakers win it for me.
ShareTweetShare
Share