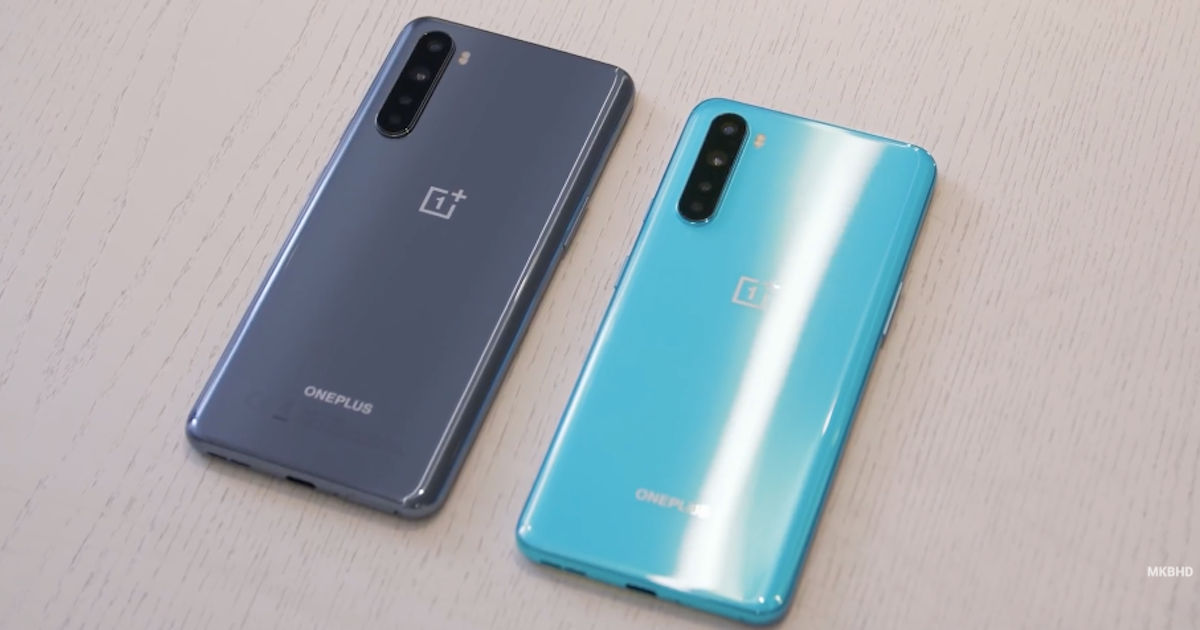 OnePlus Nord India variant has been spotted on Geekbench ahead of its launch in the country on July 21st. The OnePlus AC2001 model number is expected to be the Indian variant of the OnePlus Nord as the same model was previously spotted at the Bureau of Indian Standards (BIS) website. The Geekbench listing pretty much reveals what we know about the smartphone already. It tells us some key OnePlus Nord specifications, including the Snapdragon 765G chipset and 12GB of RAM. Not surprisingly, the phone will run on Android 10 with the latest OxygenOS on top. 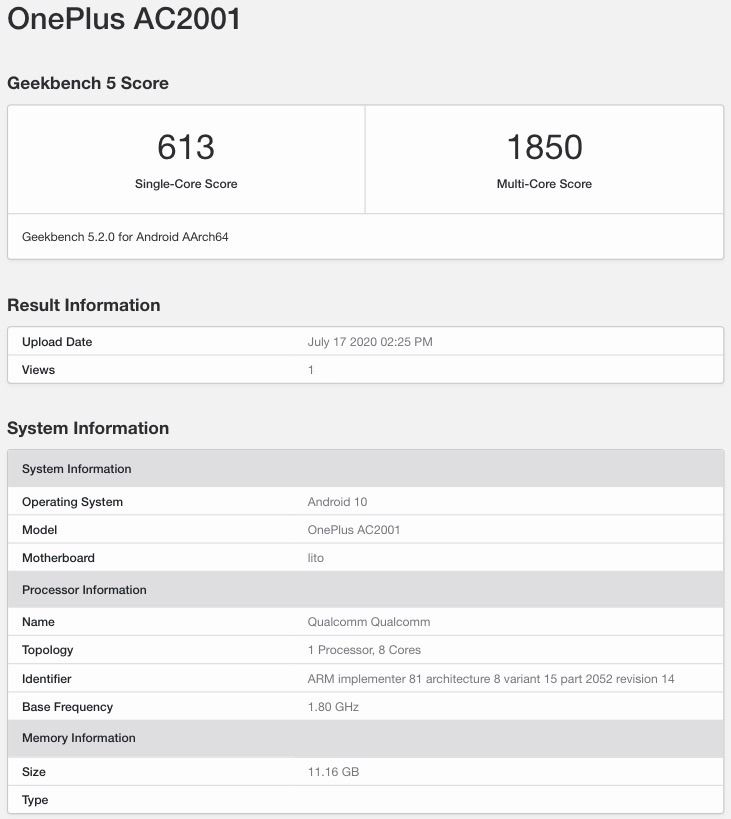 The OnePlus Nord Geekbench listing essentially tells us that the Indian variant will come with up to 12GB RAM. We expect to see an 8GB RAM variant as well. The OnePlus Nord AC2003 global model was listed on Geekbench in June with similar specifications.

OnePlus Nord will launch through an AR event on Tuesday, July 21st. The smartphone will go on sale on Amazon India following the launch. The company has already confirmed major OnePlus Nord specifications and features, such as its Fluid AMOLED display with a high refresh rate, 48MP quad camera system and dual selfie cameras. The main camera will be backed by OIS while the front camera system will include an 8MP wide-angle selfie camera. The phone is expected to house a 4,115mAh battery capacity and should support 30W fast charging much like the OnePlus 8 series.