91mobiles.com
Home Feature OnePlus Nord launching in India on July 21st: these are the phones...
Highlights 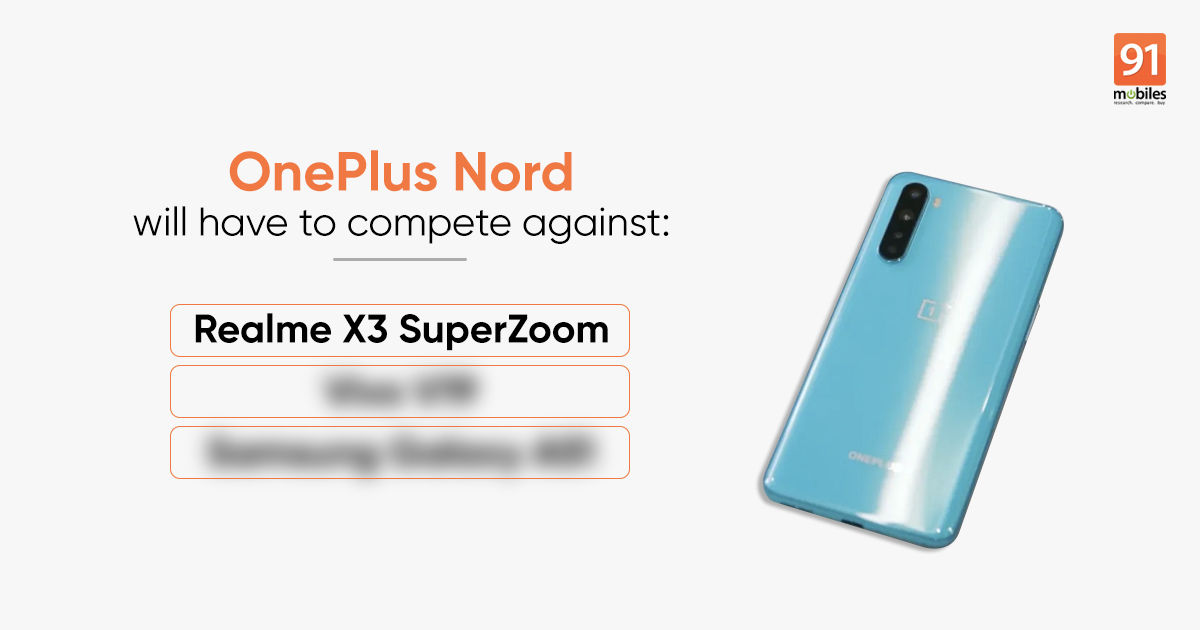 OnePlus Nord is all set to launch in India on July 21st. The 5G smartphone with Snapdragon 765G chipset is going to be the company’s most affordable smartphone since 2015, with its price confirmed to be under Rs 40,000. In India, however, the OnePlus Nord will most likely retail under Rs 30,000 price segment since the company already has its OnePlus 7T lineup filling the sub-Rs 40,000 category. A report that came out back in June (when the device was called OnePlus Z) suggested that the OnePlus Nord will be priced in India at Rs 24,990 for the base 6GB RAM + 128GB storage variant (fingers crossed!). If that turns out to be correct, the handset will be up against some of the popular smartphones in the category, such as Realme X3 SuperZoom, Samsung Galaxy A51, and Vivo V19. Before we jump to the OnePlus Nord competitors, let’s take a look at its specifications that we expect from the phone:

The Realme X3 SuperZoom (review) will be the closest competitor to OnePlus Nord. The handset has last year’s flagship Snapdragon 855+ SoC at the helm and 64MP quad rear cameras with up to 60x digital zoom. The other highlights of the phone include a 6.6-inch FHD+ LCD screen with 120Hz refresh rate, 32MP dual selfie cameras, and a 4,200mAh battery, which supports 30W Dart fast charging. The handset runs Android 10-based Realme UI out of the box. 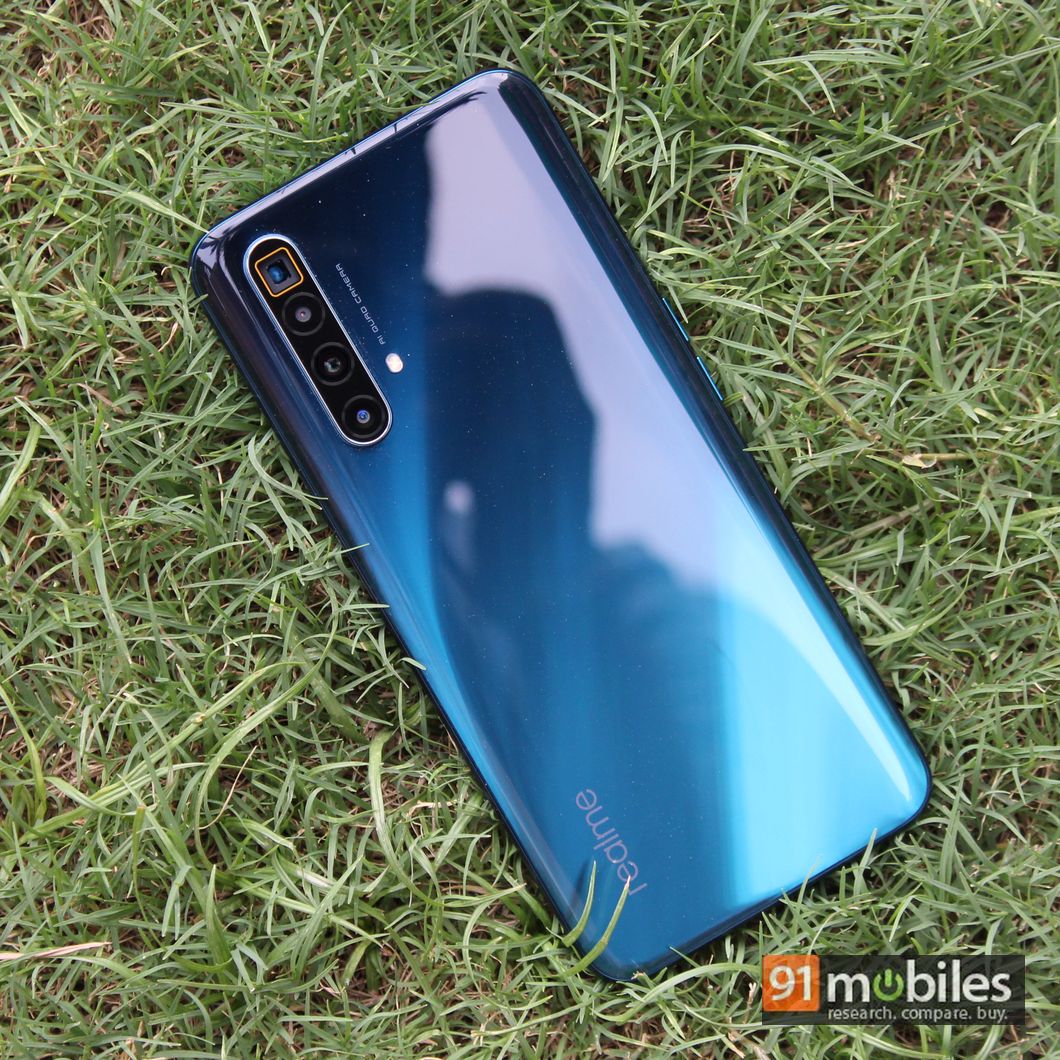 Vivo V19 (review) may not be as powerful as the OnePlus Nord, as far as the specs sheet goes, but it’s one of the competitors to the phone. The handset’s price in India starts at Rs 27,990. The phone’s specifications include a 6.44-inch FHD+ Dual iView E3 Super AMOLED display with standard 60Hz refresh rate, 2.3GHz octa-core Snapdragon 712 SoC, 8GB of RAM, and two storage variants – 128GB and 256GB. The handset has a dedicated microSD card for storage expansion, which the OnePlus phone will most likely miss out. 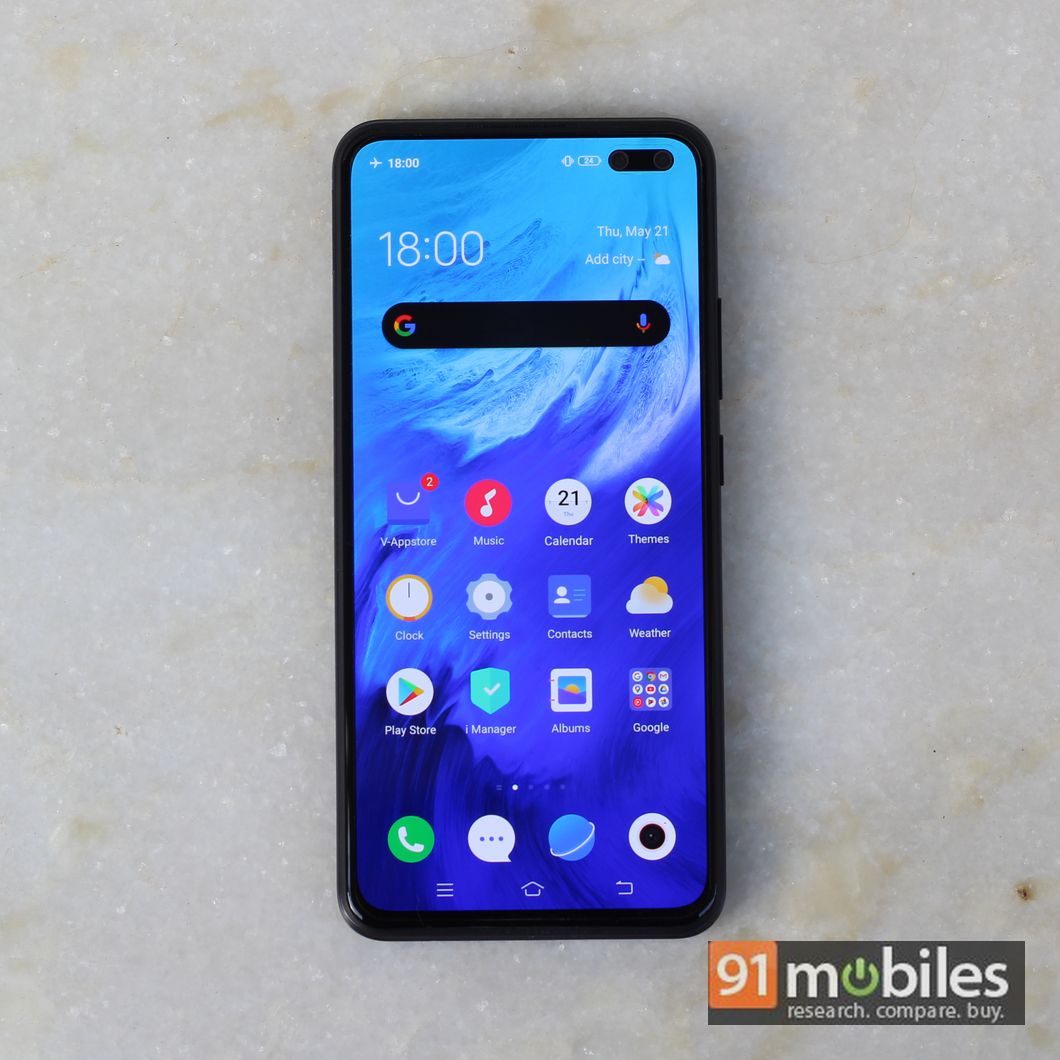 For photography, the Vivo V19 rocks quad camera setup at the back with 48MP primary sensor. The front camera of the phone sports a 32MP main sensor and an 8MP wide-angle lens with 108-degree field-of-view for selfies and video calling. The phone houses a 4,500mAh battery and supports 33W Vivo Flash Charge 2.0, while FunTouchOS atop Android 10 takes care of its software side of things.

OnePlus Nord will also take on Samsung Galaxy A51 (review), which is listed on the company’s official set with a starting price of Rs 25,250. The handset features a 6.5-inch FHD+ Super AMOLED Infinity-O display with 60Hz refresh rate and a centre-aligned punch-hole cutout. It rocks 2.3GHz octa-core Exynos 9611 processor coupled with 8GB RAM + 128GB storage option under the hood. The phone runs on Android 10 with One UI 2.0 on top out of the box and houses a 4,000mAh battery with 15W fast charging support. 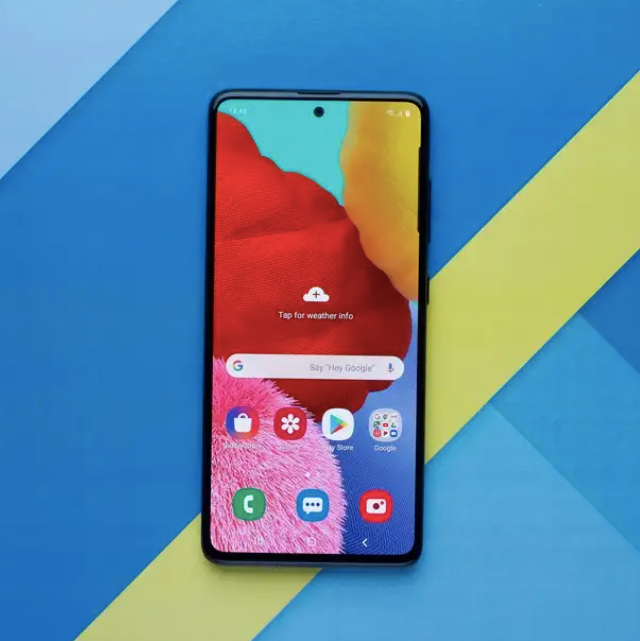 For photography, the Samsung Galaxy A51 sports rear-facing quad camera setup that includes a 48MP main camera, a 5MP macro lens, a 12MP wide-angle lens, and a 5MP depth sensor. The phone also gets a 32MP selfie camera housed in the punch-hole cutout.

So these are the OnePlus Nord competitors based on the details we’ve right now. The list may vary depending on the price tag the handset is launched with. Additionally, we’ve OPPO Reno 4 series launching in India later this month that can also give OnePlus Nord a run for its money.