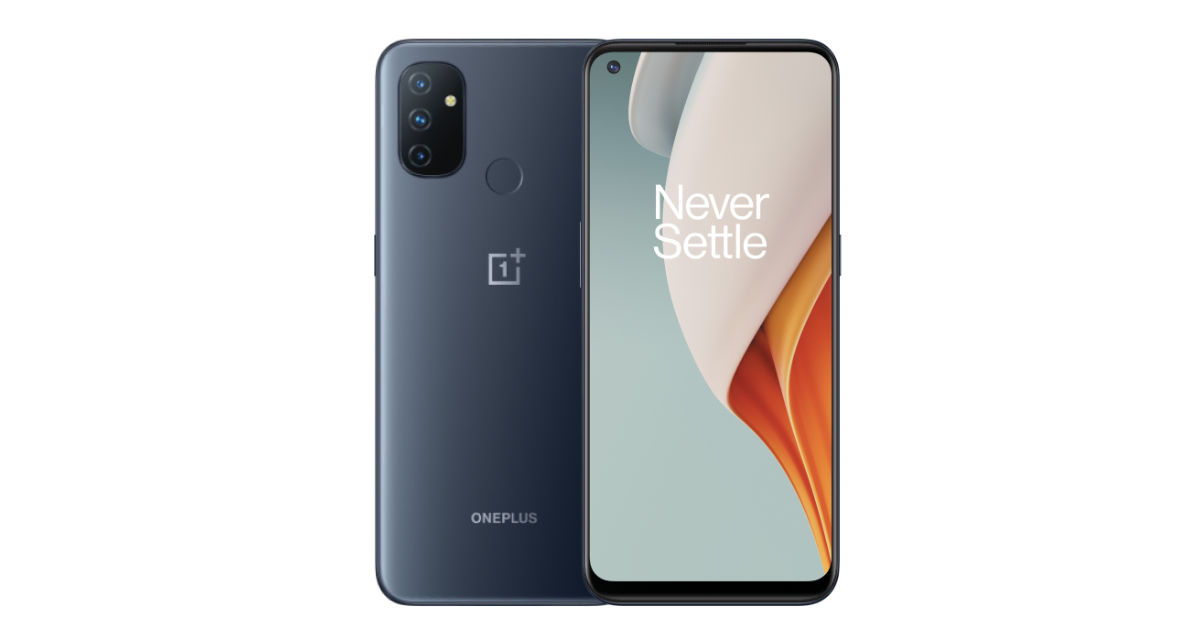 OnePlus Nord N100 price and specs were announced officially last month alongside the Nord N10 5G for the UK and American markets. At the time, the Nord N100 specifications announced by the company only included a standard 60Hz refresh rate, while the rest of the hardware looked similar to the OPPO A53. However, it turns out that the OnePlus Nord N100 indeed has the option for a 90Hz refresh rate, as per a report by Android Authority. This means the phone is identical to the OPPO A53 as far as hardware is concerned. 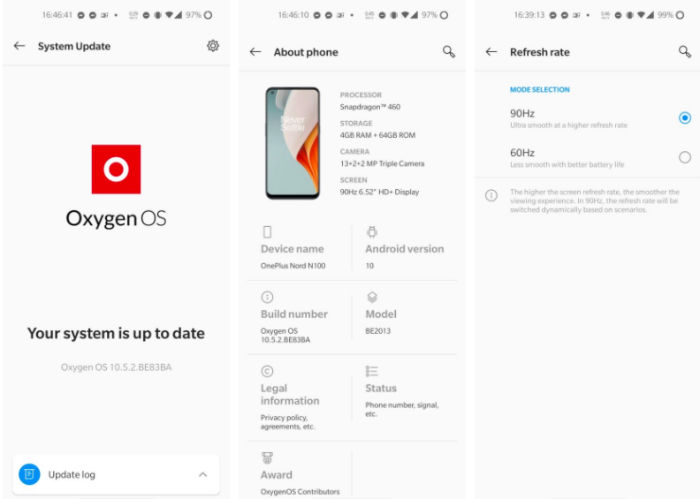 Folks over at Android Authority purchased a Nord N100 in the UK for review and noticed that the retail unit has the option for 90Hz. When asked about the same OnePlus said, “The N100 is equipped with a 90Hz display. Actual refresh rate depends on settings, applications used, and processing limitations.” It’s interesting why OnePlus has retracted its previous comments and isn’t clear why the company had initially mentioned 60Hz display. A possible explanation could be that the weak specs of the Nord N100 could throttle the performance at 90Hz and may not be as smooth and effective as mid-range or high-end phones with 90Hz. So if it promotes the ‘Fluid Display’, it would hurt the brand’s image when the device gets into users’ hands. So, for this reason, OnePlus may have settled at 60Hz during the announcement.

OnePlus Nord N100 sports a 6.52-inch HD+ display with a punch-hole cutout for the selfie camera and up to 90Hz refresh rate. It is powered by the Snapdragon 460 SoC paired with 4GB RAM and 64GB storage onboard. The phone runs Android 10-based Oxygen OS custom skin on top. Moving to optics, the OnePlus Nord N100 has a 13MP primary sensor and a couple of sensor for portrait and macro shots. There is an 8MP snapper on the front and a rear-mounted fingerprint sensor for security. The phone packs a 5,000mAh battery and supports 18W fast-charging. Connectivity features include Dual 4G VoLTE, dual-band Wi-Fi, Bluetooth 5, GPS/ GLONASS/ Beidou, and USB Type-C.