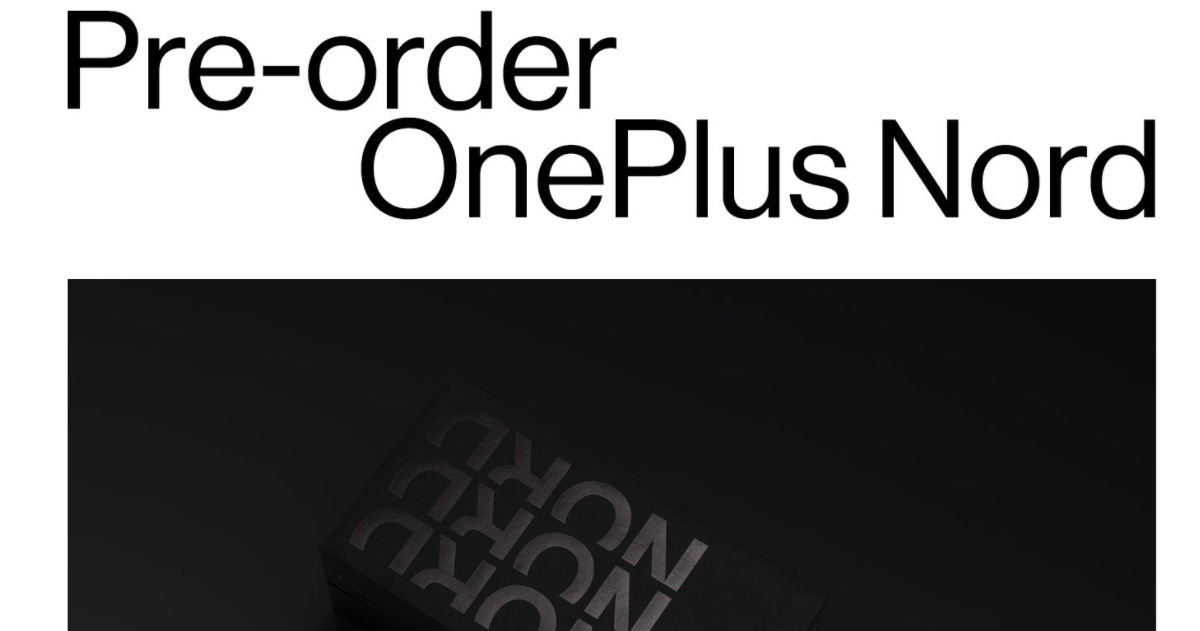 OnePlus Nord pre-orders will begin in India starting today. The upcoming mid-range smartphone that is slated to launch on July 21st will be available for pre-booking via Amazon.in from 1:30pm onwards. OnePlus has also announced a few pre-booking offers worth more than Rs 5,000. Upon pre-ordering, users will receive a surprise gift box containing limited-edition merchandise from OnePlus, while those who’ll complete the purchase of the handset before August 31st will receive a second gift box with more surprise gifts.

How to pre-order OnePlus Nord:

The OnePlus Nord price in India will be officially announced at the July 21st launch event, so the balance will have to be paid once the price is out.

OnePlus Nord price in India is unknown at the moment, but it’s confirmed to be under Rs 40,000. Coming to the specifications, the handset will feature a dual punch-hole FHD+ display with a 90Hz refresh rate that is tipped to be 6.44-inch tall. The phone will rock Snapdragon 765G 5G SoC under the hood, which will most likely be paired with up to 12GB RAM and 256GB storage onboard. Software-wise, the phone is expected to boot Android 10 OS with OxygenOS skin on top out of the box.

As for the optics, the OnePlus Nord will sport a quad-camera setup at the back that is said to be headlined by 48MP primary camera. The front camera of the phone is tipped to feature a 32MP primary sensor and an 8MP wide-angle snapper for selfies and video calling. The Nord is said to house a 4,115mAh battery and will support Warp Charge 30T fast charging. It’ll have an in-display fingerprint sensor and face unlock for security. Connectivity features include 5G, 4G LTE, dual-band Wi-Fi, Bluetooth v5.1, MIMO, GPS, and USB Type-C port for charging and data sync.

OnePlus Nord is said to be equipped with Linear motor vibration, and Cine aspect ratio video. The handset will be available in Blue Marble, Gray Onyx, and Gray Ash colour options. OnePlus Buds is also slated to launch alongside the handset. It’ll be the first-ever TWS earphones from the brand.