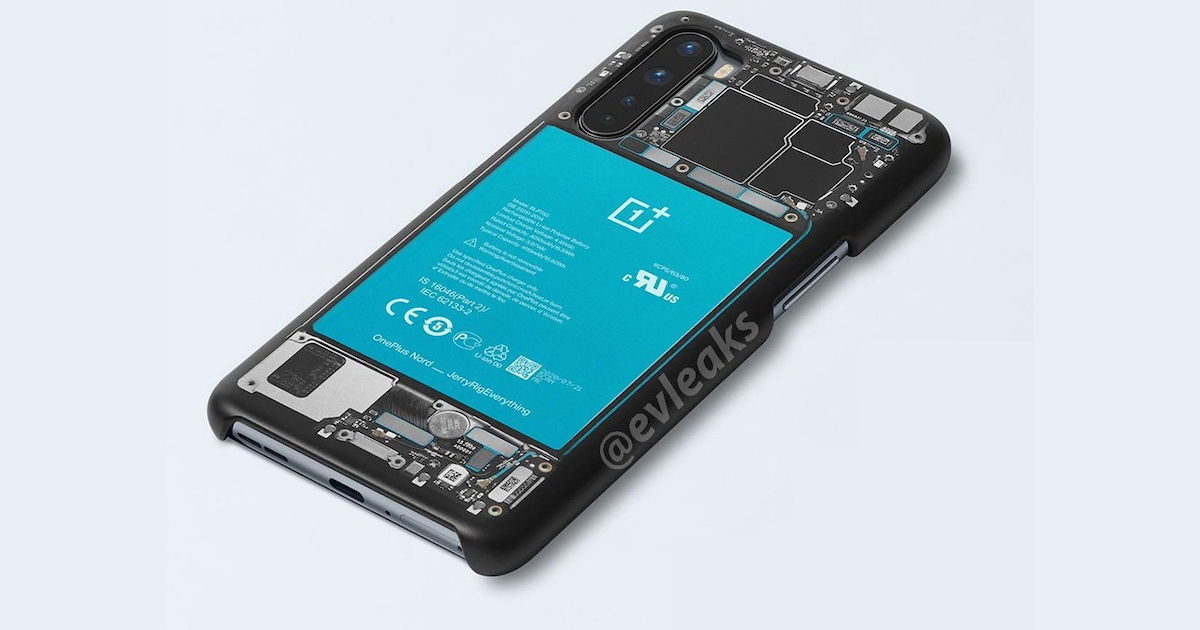 OnePlus Nord renders, which reveal the design of the smartphone from the front and back, have now surfaced courtesy tipster Evan Blass on Patreon. These renders give us a pretty good look at what the OnePlus Nord will look like ahead of its India launch on July 21st. The smartphone is confirmed to ship with the Snapdragon 765G SoC, AMOLED display and optical image stabilisation. OnePlus Nord will come with an extended punch-hole display and a vertical rear camera setup, all of which can be clearly seen in these renders. Notably, the design looks quite similar to the Realme X50 Pro 5G.

The upcoming mid-range phone from OnePlus will have slim bezels and dual-punch hole cutout on the display to accommodate two selfie cameras. The volume rocker is present on the left, while the right houses power button and alert slider. The back houses vertically-arranged quad-camera setup with a dual-led flash, glass finish and OnePlus logo. As there is no physical fingerprint sensor present, the phone will come with an in-display one. OnePlus Nord can be seen in Black colour, but there could be other colours at launch. The design is similar to the Amazon teaser image and the one that surfaced in OnePlus documentary video.

OnePlus Nord is said to sport a 6.5-inch full HD+ AMOLED display with 90Hz refresh rate. It is confirmed to be powered by the octa-core Snapdragon 765G SoC coupled with Adreno 620 GPU, up to 12GB RAM and 128GB non-expandable storage. The phone is likely to boot Android 10 with Oxygen 10 OS custom layer overlaid on top. Connectivity features could include 5G, 4G LTE, dual-band Wi-Fi, Bluetooth 5.0, GPS and USB Type-C port. There is an in-display fingerprint sensor for security.

As for the optics, the OnePlus Nord is said to pack a quad-camera setup with 48MP primary sensor, an 8MP wide-angle lens, a 5MP macro sensor and a 2MP depth lens for portrait shots. It will have a 32MP + 8MP dual-snappers on the front for selfies and video chats. The phone may house a 4,300mAh battery and support 30W fast charging, both of which are yet to be confirmed.