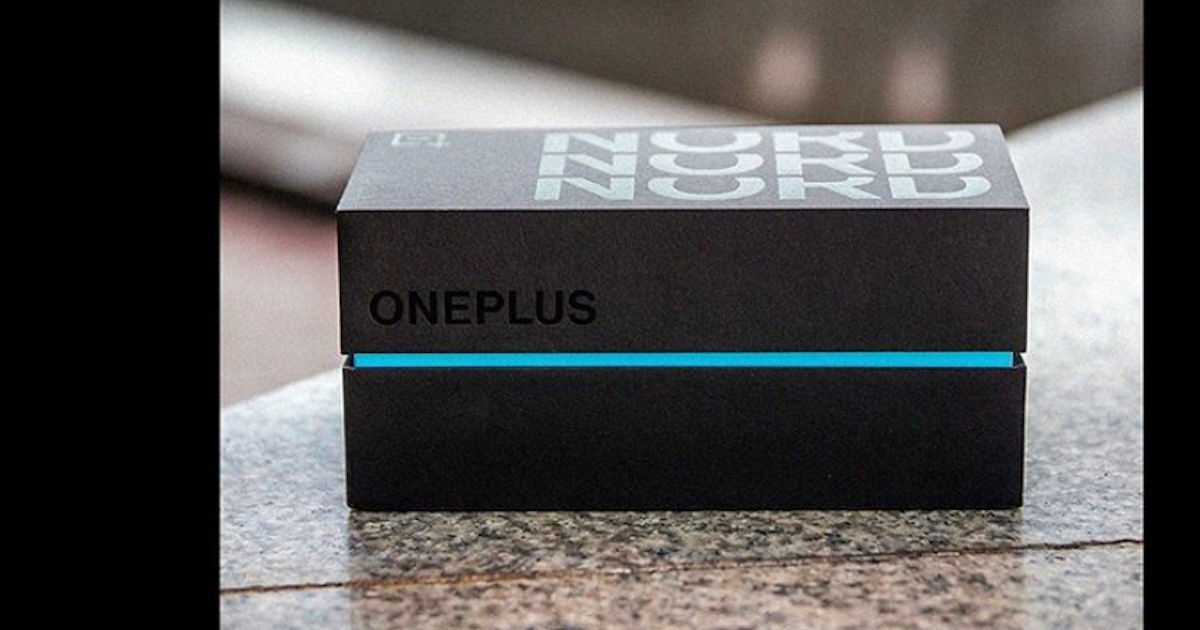 OnePlus Nord India launch is scheduled for later this month and this marks the company’s return to the mid-range segment after the OnePlus X. A recent teaser image revealed the rear panel of the OnePlus Nord, showing off the vertically arranged camera setup with a glass finish. Now, the company has confirmed that the camera will be backed by optical image stabilisation (OIS), something that is not a common sight on mid-range phones. OIS allows users to take shake-free photos while on the move and relatively blur-free images at night. This goes on to suggest that OnePlus is not leaving any stones unturned with the OnePlus Nord and is looking to place it as a perfect mid-ranger in the segment. 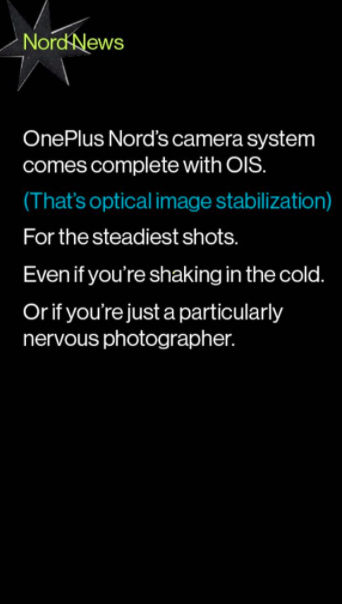 Separately, OnePlus also revealed the OnePlus Nord retail box. It will be a brand new design with the box all in black with a blue accent and the ‘Nord’ branding up top. This is a shift from the usual white or red packaging of OnePlus phones. Teal/Cyan colours are visible on the inside of the box, which is speculated to be one of the colour options for the phone. OnePlus also brags about the sturdiness of the box packaging by making two people stand on top of it. 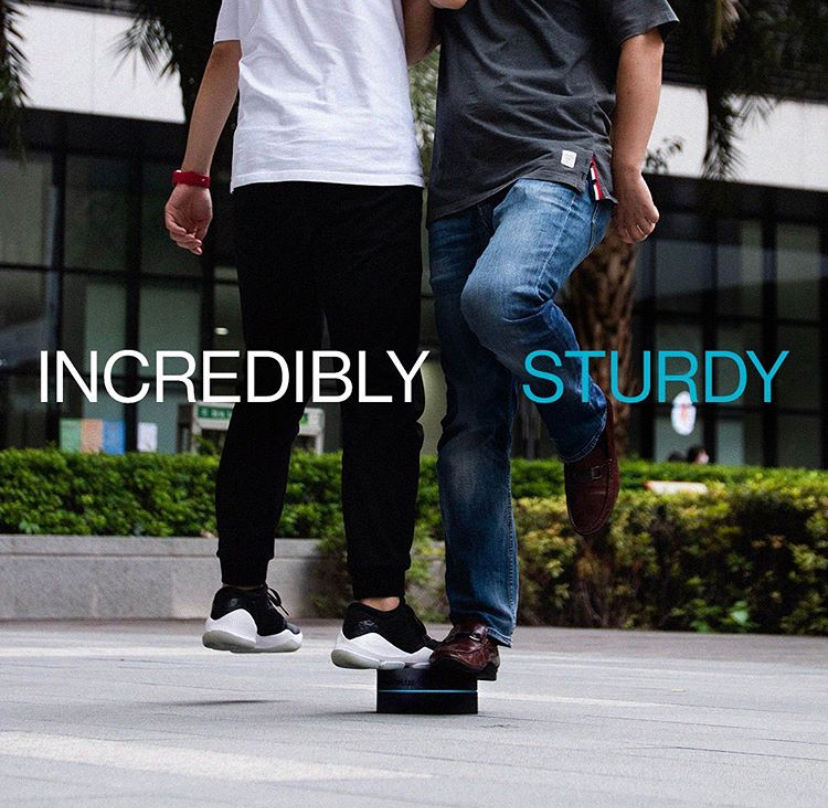 According to earlier leaked OnePlus Nord specifications, the phone is expected to come with a 6.5-inch full HD+ AMOLED display with 90Hz refresh rate and a punch-hole cutout at the top-left corner. The company has confirmed the phone will be powered by the octa-core Snapdragon 765G SoC coupled with Adreno 620 GPU. It may be offered with up to 12GB RAM and 128GB storage. The handset should run on Android 10 OS with OxygenOS 10 custom skin on top and have an in-display fingerprint sensor for security.

As for the cameras, OnePlus Nord will have a 64MP or 48MP primary camera, accompanied by a few more sensors. The front will see a pill-shaped punch-hole cutout for dual selfie cameras that will reportedly include a 32MP primary sensor and an 8MP sensor. The phone is said to house a 4,300mAh battery with 30W fast charging support. While it’s not confirmed, the OnePlus Nord price in India is said to be between Rs 20,000 to Rs 30,000.