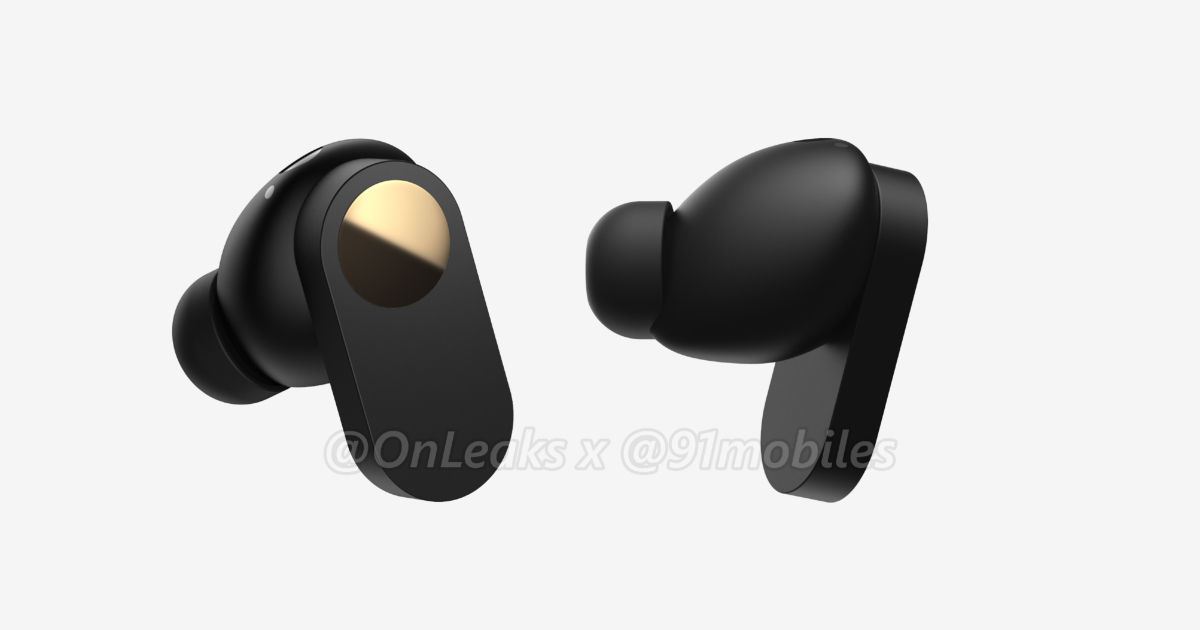 OnePlus has a range of audio products, including neckband earphones and TWS earbuds, positioned across various price segments to cater to a wide range of audiences. Now, it appears the brand is gearing up to unveil the first Nord-branded TWS earbuds in the market, and 91mobiles is exclusively revealing the design of the same, courtesy of Steve Hemmerstoffer aka OnLeaks. These renders show off the earbuds’ design in its full glory. Much like the Nord series phones, which are the premium budget offerings from the brand, the TWS earbuds could also be priced affordably but pack in decent hardware features like ANC and low latency for gaming.

OnLeaks notes that the OnePlus Nord TWS earbuds renders are based on the live images of final prototyping stage units. Hence it is hard to show the exact design through renders just yet as there could be a few tiny changes in details on the final product when they officially launch. But this could be the overall outlook of the OnePlus Nord earbuds.

The OnePlus Nord TWS earbuds have a slightly different design from what OnePlus usually brings to the table. The earbuds come in black colour, while what looks like a hardware button has a gold coating. The accommodating charging case has a boxy design, which looks similar to what Sony TWS earbuds come in; there’s the OnePlus logo embossed prominently on the case.

The OnePlus Nord TWS earbuds have a stem below the in-ear style silicone ear tips. However, the stem is slightly wider than what we have seen on the AirPods Pro. The ear tips are slightly angled, perhaps to offer a better in-ear fit. While the renders don’t clearly show, they could have microphones to catch voice commands and take calls. Besides Black, the TWS earbuds could be available in other colour options, about which we might hear going forward.

OnePlus 10 Pro snaps in half! Here's why it failed the bend test like no other recent flagship

We should know more about the first-ever Nord-branded earbuds soon. In the meantime, we do know that OnePlus is planning to be more prolific than ever with its launches, with a special focus on the Nord portfolio. It has already launched the Nord CE 2 and is said to be working on the Nord CE Lite, which will be priced under Rs 20,000. Along with this, the OnePlus Nord 3 will launch around July this year. With the Nord series getting a lot of attention in 2022, a pair of Nord-branded TWS earbuds shouldn’t surprise anyone.

The Nord series aside, the regular OnePlus lineup reportedly will see a new fitness band, a new smartwatch, and a tablet launch in 2022, along with a new series of smartphones.