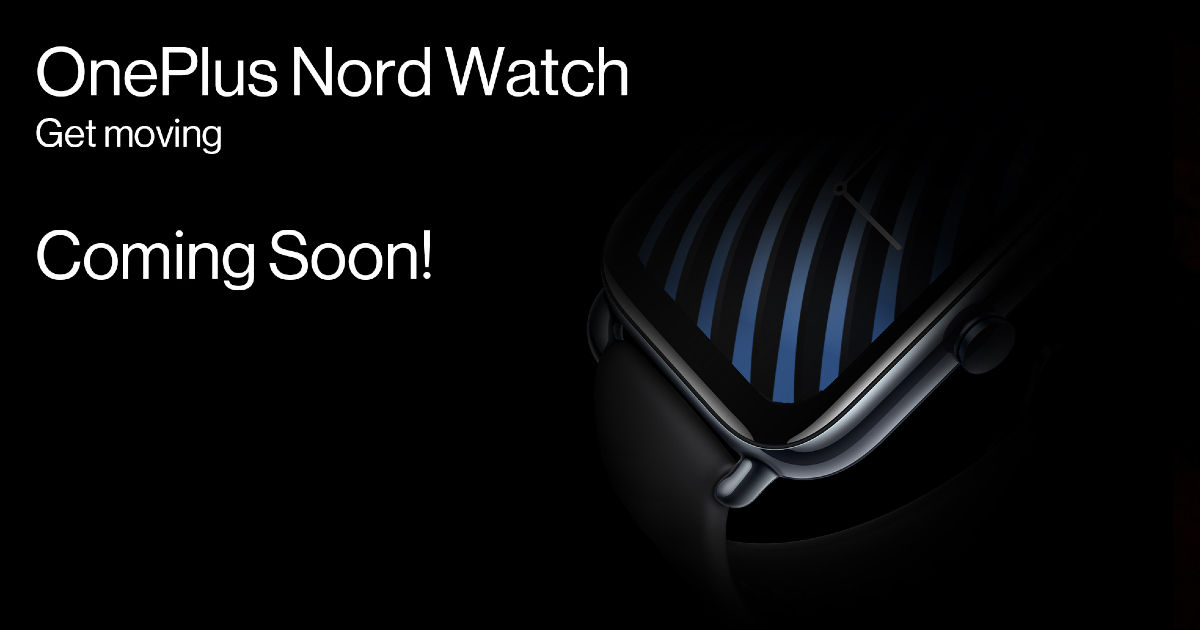 OnePlus Nord Watch has been officially confirmed by the company and the brand has started teasing the launch in India very soon. This will be the first Nord-branded smartwatch in the country and going by the teaser image, the smartwatch will have a square dial and there appears to be a crown on the right edge as well. There’s a dedicated microsite on the OnePlus website, which says the page will be updated to reveal more details in the next few days.

We believe the OnePlus Nord smartwatch will come with an AMOLED display with always-on-screen functionality, a standard 50Hz refresh rate, calorie counter, female health tracking, and more sports modes. This is the second smartwatch from OnePlus after the original Watch from 2021.

Get Moving with the all new OnePlus Nord Smartwatch. Coming Soon! https://t.co/jmI62kY6ya pic.twitter.com/6i1orAYQSn

The OnePlus Nord Watch has been confirmed by the company officially and it will be launching soon. The smartwatch had appeared on the OnePlus’ official website and even received the BIS certifications. There were also reports that Nord Watch’s internal testing in India had begun. All this suggested the launch could be inching closer. However, we’re yet to learn the exact launch date.

91mobiles had exclusively shared the render images of the OnePlus Nord Watch’s multiple variants, features and price range. The report said the OnePlus Nord Watch may arrive in two models with five variants. However, we might actually have a single version releasing now and the other probably at a later date. It would come with GPS support and multiple watch faces support. We believe the Nord Watch might borrow some features from the original Watch.

The OnePlus Nord Watch’s price is said to be under Rs 5,000 in the country. But we believe the price could be further down when combined with bank offers.